After getting out of school to watch masters swimming, I was hooked!

Lisa Mills has a lifetime of masters swimming memories, inspired by a life-changing experience as a child.

After returning from the FINA World Masters Championships in Gwangju, South Korea, she has shared her story.

After competing at her first international event in 1991, the European Masters Swimming Championships in Coventry, she competed at every European and World Championships until 1997.

In the build-up to the competition, my parents sat down with my high school head teacher, proposing a plan to take myself and my sister out of school so we could travel to Canada to watch mum and the rest of the British masters team compete.

I was 14, my sister was 12. Our head teacher agreed, admitting we would learn more by spending three weeks in Canada than we would in the classroom.

Don’t get me wrong, this wasn’t a homework-free trip.

We ordered all our meals in French, kept a daily diary of every minute of every day, kept receipts, travel documents, train tickets and even napkins from the restaurants we ate in. 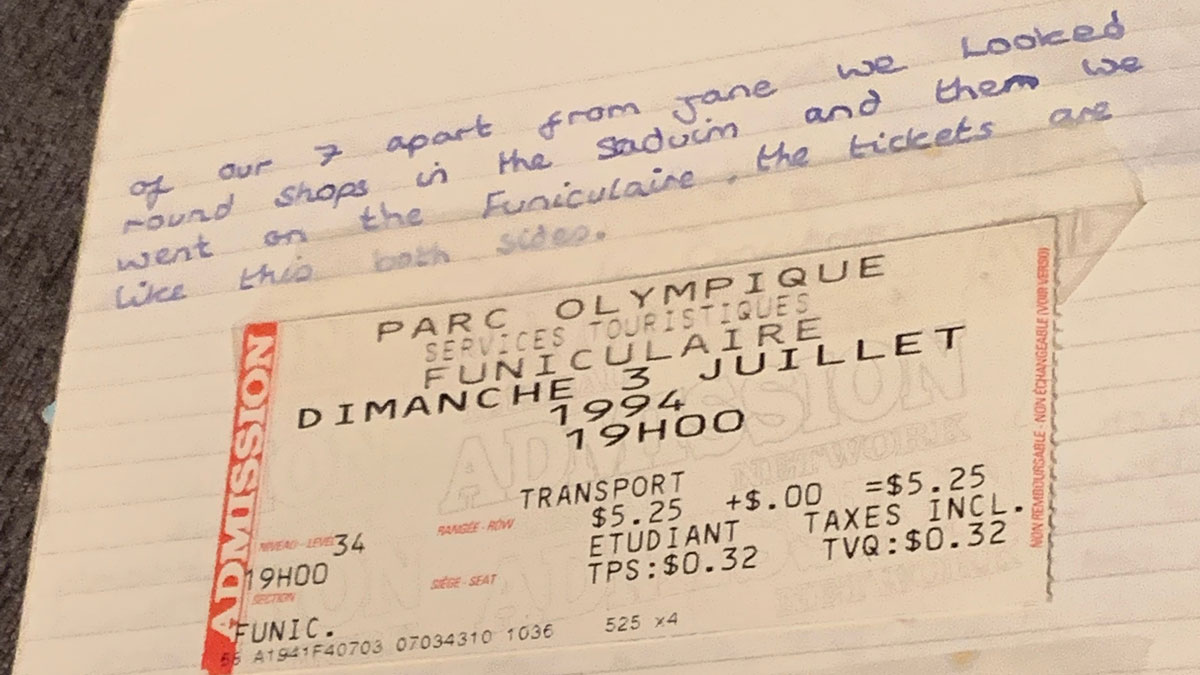 Even now, I have the fondest memories of the trip.

Reading my diary from 25 years ago, I am amazed at the achievements of our British masters swimmers, most of whom still compete at national and international level.

In total, 40 countries were represented at the World Masters Championships, with a total of 3,473 swimmers from 843 swimming clubs.

Mum finished 12th in a new personal best of 5:19.33, while Penny was second and Jane came first.

The second day was an early start as mum was swimming in the 200m Butterfly, while Penny and Jane were both competing in the 100m Freestyle.

The next events for these inspirational ladies saw Jane and Penny both win the 200m Freestyle in their respective age groups, before mum finished 12th out of 50 swimmers.

Mum’s last day of competition was the 5km open water race, which was also her very first open water event.

Our trip of a lifetime didn’t end there!

We continued on to see family in Toronto and, of course, no trip to Canada is complete without a visit to Niagara Falls.

A life in the water 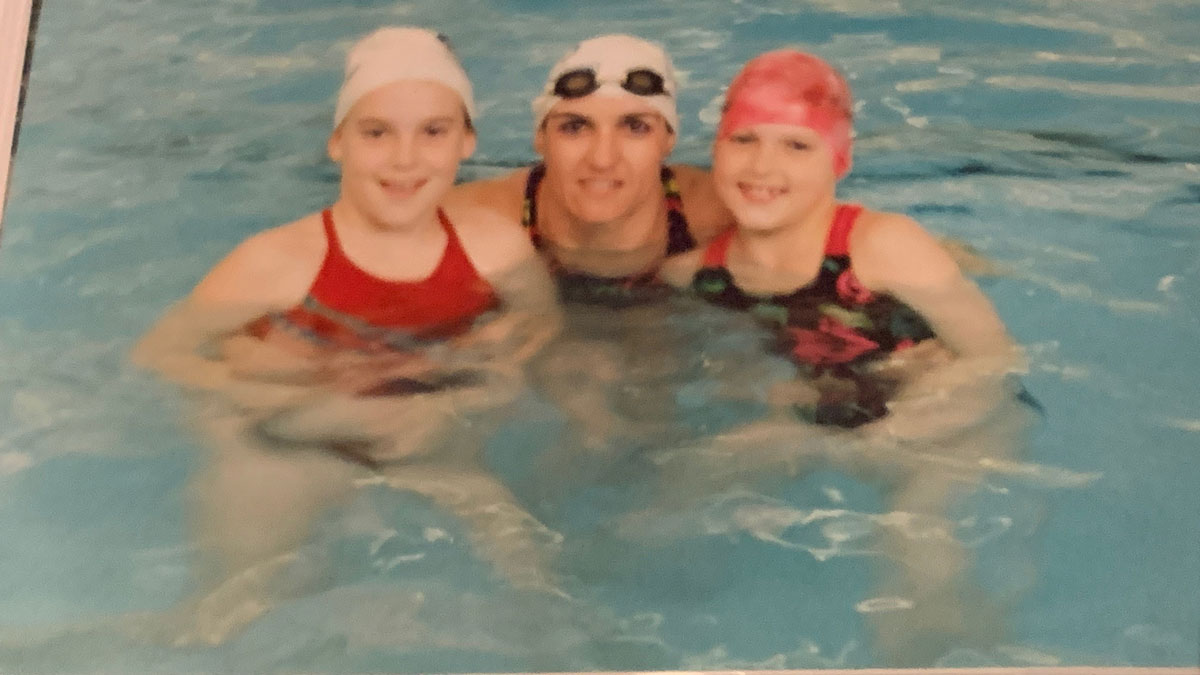 Upon returning home, I continued to be an active member of Worthing Lifeguard corps in Sussex, where I gained lifesaving awards at every level.

I then went on to teach, train and assess children through their own lifesaving awards.

I also became a lifeguard at the age of 16 and competed for the Royal Lifesaving competition squad, including at national level, until I was 21 years old.

Mum was a school swimming teacher and continued to train most days while also teaching children from local schools in Worthing.

We are very lucky to have a special mum, who taught us both to swim as soon as she could.

When my sister and I left high school, mum retired from swimming to pursue a full-time career.

But this wasn’t the end.

After retiring on 31 January, 2016, mum took back to the pool like a duck to water, training four times a week in addition to gym sessions. 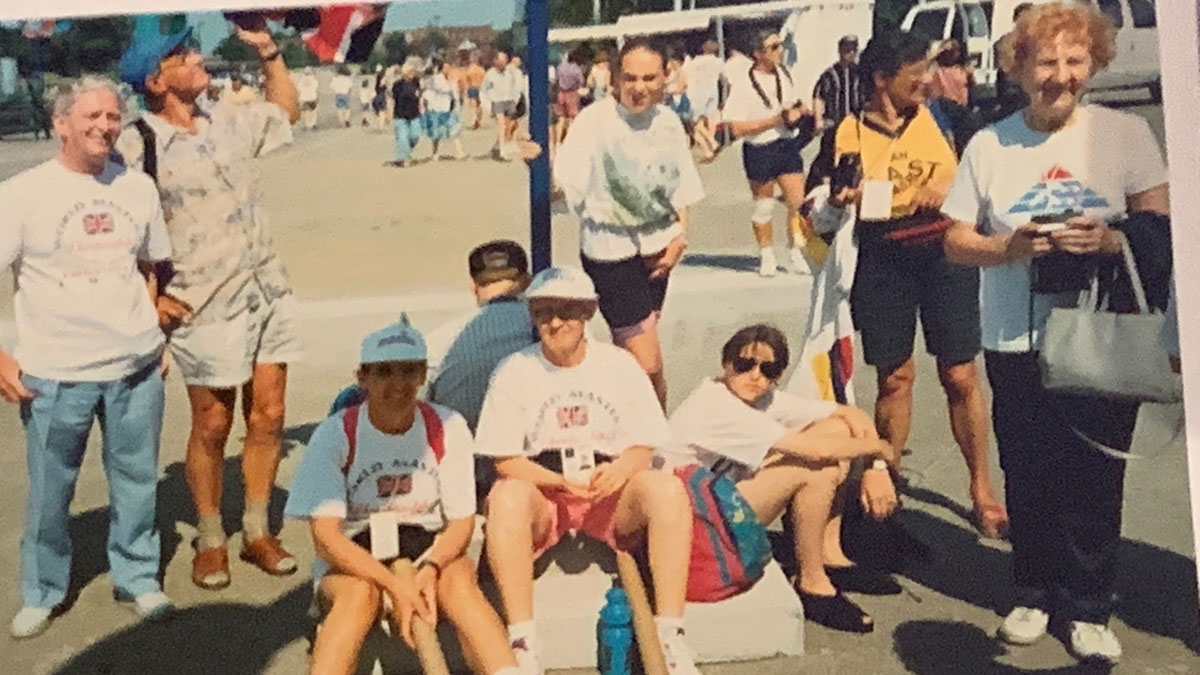 Her mindset then switched to the 2017 World Championships in Budapest, where my sister and I had another opportunity to be her cheer squad again.

I also had a seven-year-old daughter, who has also joined the Mills aquatic family by playing water polo with Drenched Mini Polo in Sussex.

Budapest was another amazing experience for all of us, including my dad, who is never far from poolside.

Mum came home with a new British record, which had previously stood for 13 years.

She continued to train most days and competed at county, regional and national level, as well as the Europeans in Slovenia last year, where she won the 200m Butterfly, was second in the 100m Butterfly and third in the 50m Butterfly.

Budapest was a memorable occasion for me, leaving me with itchy feet and a passion to return to the pool.

Soon after returning home, I began training locally in Steyning, West Sussex, and with mum in Worthing.

Mum has written all of my training schedules – she’s more than qualified to coach me.

Following my return to the pool in 2017, I also joined Mid Sussex Marlins, which was previously known as Hayward’s Heath & Burgess Hill.

I have also competed at county, regional and national championships – both short course and long course.

In 2018, I even received my first Sussex team selection, swimming in the 35-39 age group, which was the same age group that my mum competed in at the World Championships in Montreal.

At all of these previous events, Jane Asher and I have had many conversations looking back at my childhood, discussing how we’ve all developed as swimmers and talking about my daughter, who is also keen to be a competitive swimmer.

For now, she’s a happy, motivated water polo player and I look forward to watching her grow in the aquatics world, which she is already a huge part of.

The road to Gwangju 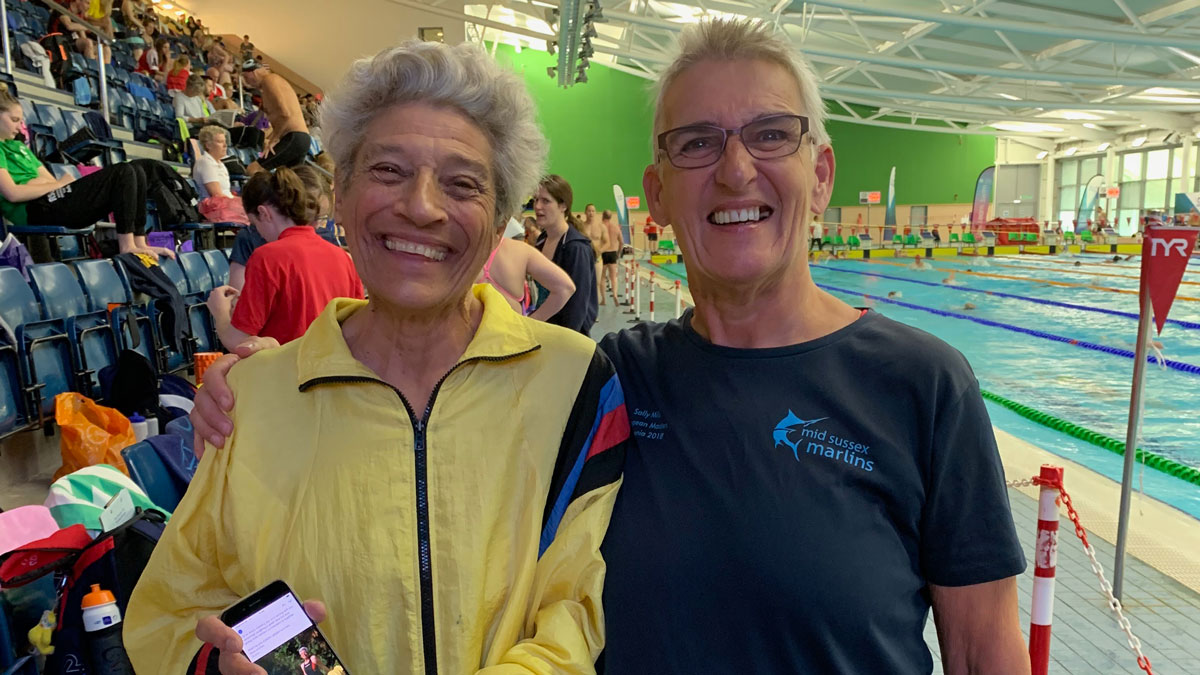 After 18 months being back in the pool, I had achieved a great deal heading into the World Championships in Gwangju, which was my debut on the international stage.

I am extremely grateful to the inspirational people I have met along the way and to my mum, for inspiring me and my daughter, the next generation of swimmers.

In order to get to Gwangju, I had been fundraising for over a year with my mum, which was extremely hard, but successful.

The response we received regarding our fundraising and promoting the world of masters swimming was staggering, including coverage from local papers, magazines publishing results from our competitions and radio interviews promoting the sport.

The World Championships was a great success for the 119 British swimmers.

We battled jet lag and average temperatures of 35.8 degrees celsius.

The humidity was intense and many of us also struggled with our diet whilst in Gwangju. 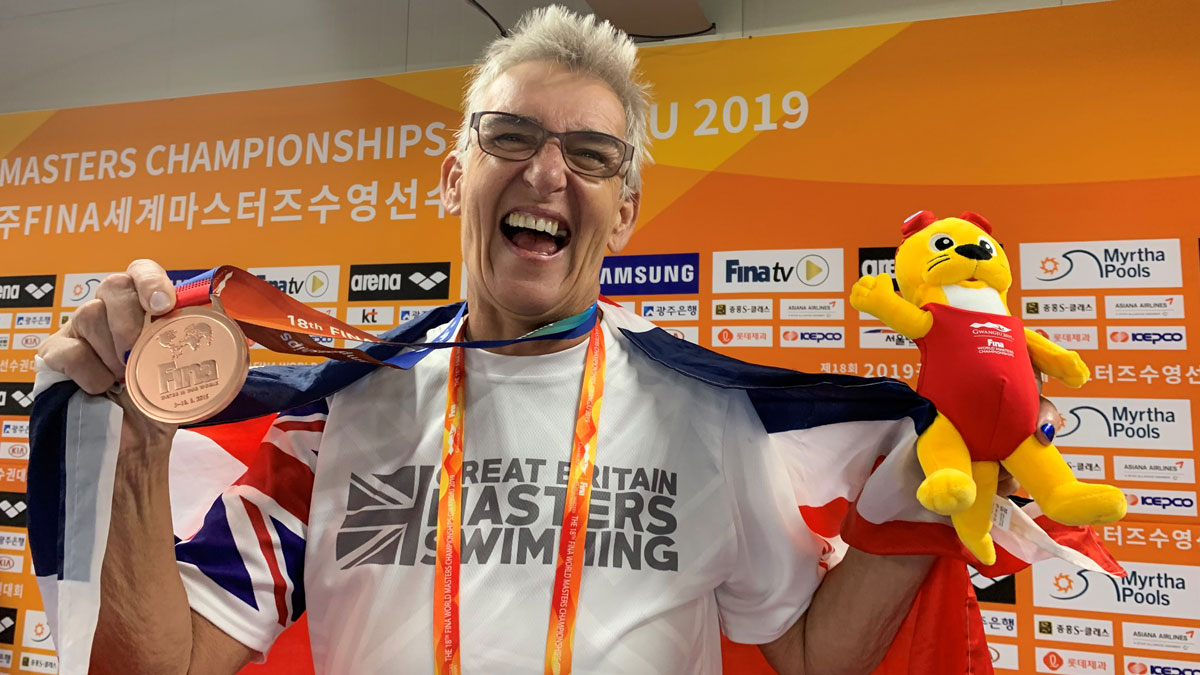 However, despite our struggles, we gave it everything we had.

Mum finished on the podium with a third, a fourth, a fifth and a sixth place.

In my events, I not only improved on my rankings, I also managed to break into the top 20 in my three events, finishing 16th, 19th and 20th.

If you’re a swimmer who would like to return to the pool, be part of a team and a swimming family; if you want to meet new people, or keep fit, search for your local facilities, swimming clubs and masters teams.

They will welcome you with open arms. It’s never too late to inspire others.

You can find your nearest centre using Swim England’s Poolfinder.