They were among several new European and British bests set on day three of the event at Sheffield’s Ponds Forge.

The Birmingham swimmer posted a time of 27.80 and was almost two seconds clear of Wycombe District’s Philippa Williams, who clocked 29.65.

That put her 0.08 seconds ahead of East Anglian’s Debbie Matless, who claimed the bronze in a time of 29.73. 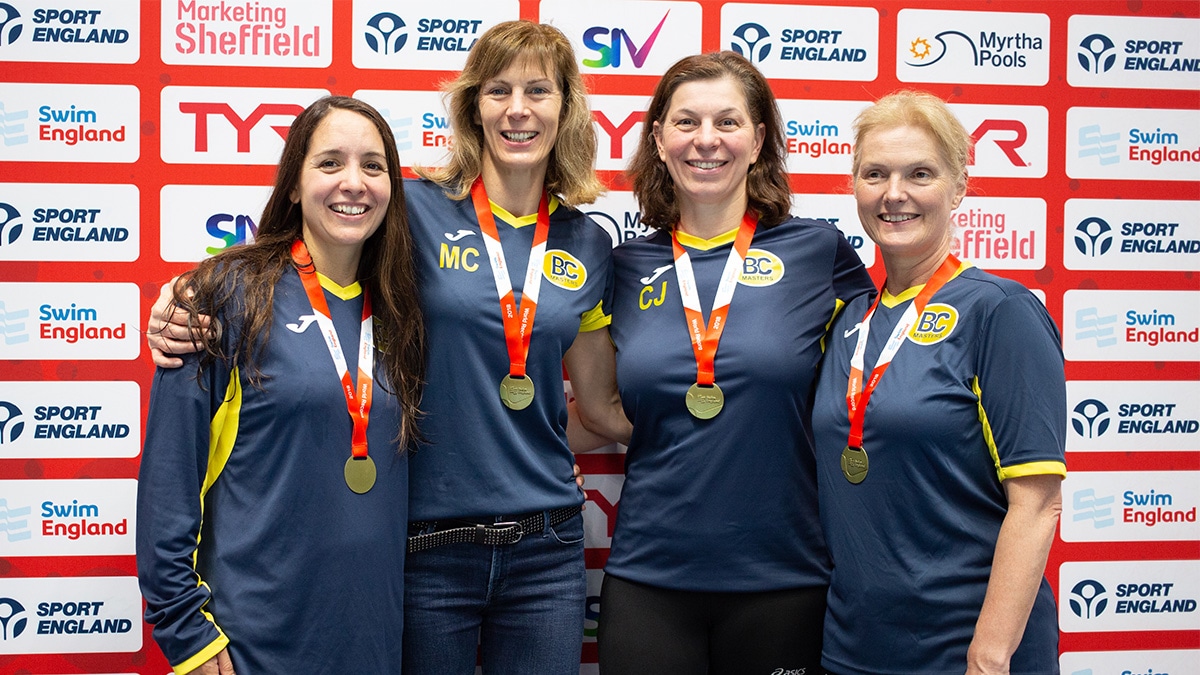 Christine Porter, Cate Jackson, Melissa Cannon and Lisa Dawson all put in strong swims as the team clocked 4:19.87 for the world record.

There was a close finish in the 160+ category with only 0.11 between GB Police, who set a new European record on their way to gold, and silver medallists Otter.

Third place went to Leicester Penguins in a time of 4:31.90.

A third European record was set in the Women’s event, by Mid Sussex.

The time of 3:27.90 was set by Alistair Crawford, Richard Ayre, Chris Knee and Richard Jagger.

Trafford Metro Bor SC took the silver medal after recording a time of 3:40.07 and Bicester clocked 3:40.49 to take third.

The Spencer swimmer clocked 1:41.19 to break the British record and finish ahead of her only opponent.

Elaine Bromwich, of Birmingham M, posted a time of 2:30.52 to take the silver medal.

The 50-54 age group saw Michael Hodgson, of Guildford City, clock 1:07.08 for another British record in the event.

The final record to fall in this event was in the 55-59 category.