Commonwealth Games champion Alice Tai has set her sights on repeating her achievement in 2022 as her way of paying tribute to key workers.

Today marks two years to the start of the Birmingham Games and Tai has appeared in a campaign to highlight how she continued to find unique ways to train through the coronavirus lockdown period while pools were closed.

Eight-time world champion Tai, who won the 100m S9 Backstroke gold at the 2018 Commonwealth Games in Australia, replaced her elite swimming facilities with beach workouts and sea swims on the Dorset coast.

She is well aware of the importance of a home Commonwealth Games and recognised how vital it was to find different ways to keep on top of her game despite pools being shut.

The 2016 Rio Paralympic Games gold medallist said: “As athletes we have all had to adapt. I haven’t been able to swim in a pool for a period of time so have done lots of land-based training at home and have even ventured out to the sea on the South Coast.

“As a para-athlete, swimming in the sea in the UK can be a challenge but we all want to do whatever we can to keep up our training.

“Despite the sunshine, it was still a shock to the system to get into the water and very different from my normal training environment.”

“The last few months have been challenging for everyone in society.

“The role played by key workers has been phenomenal. They are simply the best people who have kept our nation going during the pandemic.

“I know that all the Team England athletes want to pay tribute to the nurses, doctors, teachers and key workers who have done so much for us all.

“My mum is a teacher and has worked all thought lockdown and, in my small way, I want to pay back all those key workers by winning gold in Birmingham in two years’ time.” 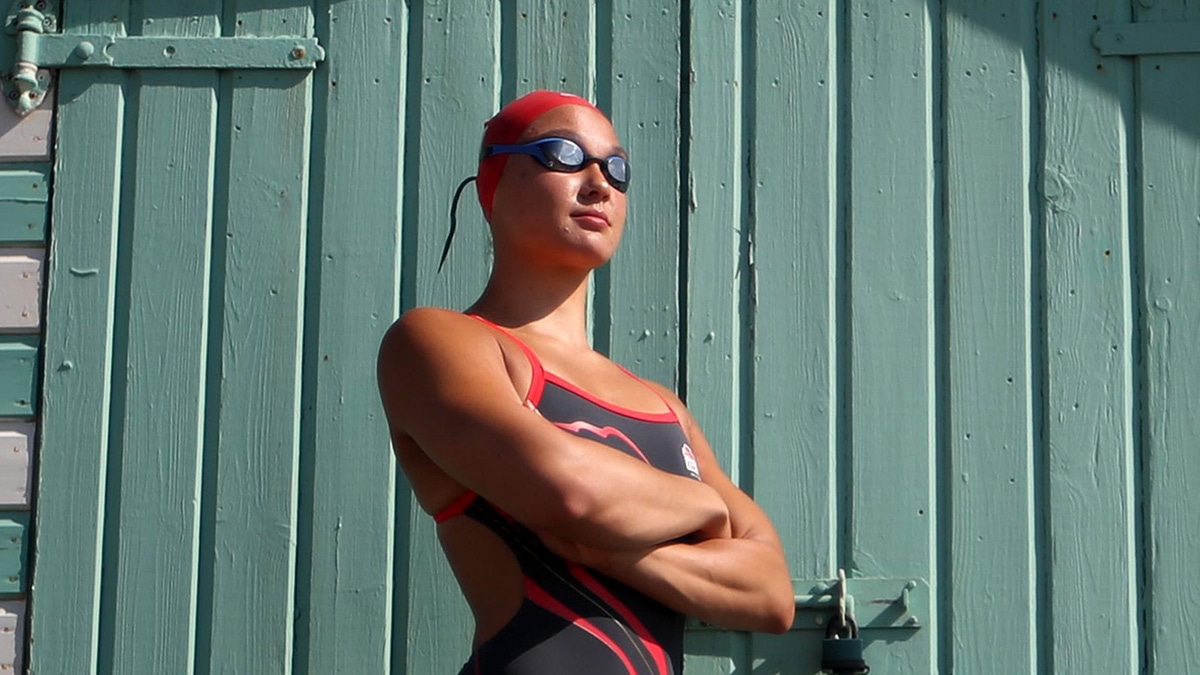 Commonwealth Games England CEO, Paul Blanchard said the swimming and diving events, which will take place at the newly-built Sandwell Aquatics Centre in Smethwick, were a key part of the Team England programme.

He added: “The two years to go landmark is something that Team England as the home nation of Birmingham 2022 is thrilled to embrace.

“These home games which are right on our doorstep will give our fans the opportunity to support our English athletes and give them the best chance to succeed.

“Aquatics has always been a key part of the sporting programme for Team England and we have enjoyed working closely with Swim England to great success in and out of the pool at previous Commonwealth Games.”

The Commonwealth Games Federation is also celebrating the countdown to Birmingham 2022.

“It only feels like yesterday that the Commonwealth Games Federation awarded the city the right to stage the XXII edition of the competition, when in reality, that announcement was back in December 2017! Birmingham and the West Midlands are making excellent progress towards staging a fantastic competition for athletes, fans and spectators, alike, across the Commonwealth.

“Birmingham is one of the most culturally diverse cities of the UK, home to 187 nationalities which makes the 2022 Commonwealth Games really feel like a home Games for all of our 71 nations and territories.

“It is truly a Commonwealth city. We are looking forward to welcoming the world to the West Midlands in two years’ time.”

The Birmingham 2022 Commonwealth Games themselves have been put back 24 hours from their original date of 27 July to 28 July 2022.

This change was made due to the unprecedented impact of Covid-19 on the sports landscape and will create an incredible summer of sport in 2022.