Chloe Golding was in a league of her own as she set a new personal best to win the Women’s 200m Backstroke title at the National Winter Championships for the third consecutive year.

The City of Manchester swimmer conserved energy with a composed swim in the heats, though her time of 2:08.94 was still more than a second quicker than her nearest rival.

Having set a new PB to win the 100m Backstroke title on the opening day, Golding would have been confident of completing the double in the longer distance.

She attacked the final from the start, but really made her move at the 150m mark.

“What I’ve been doing in training, I did in the race, so I’m happy that I managed to do that.

“I got three out of three PBs and I really enjoy racing short course, so it’s been a really fun week.” 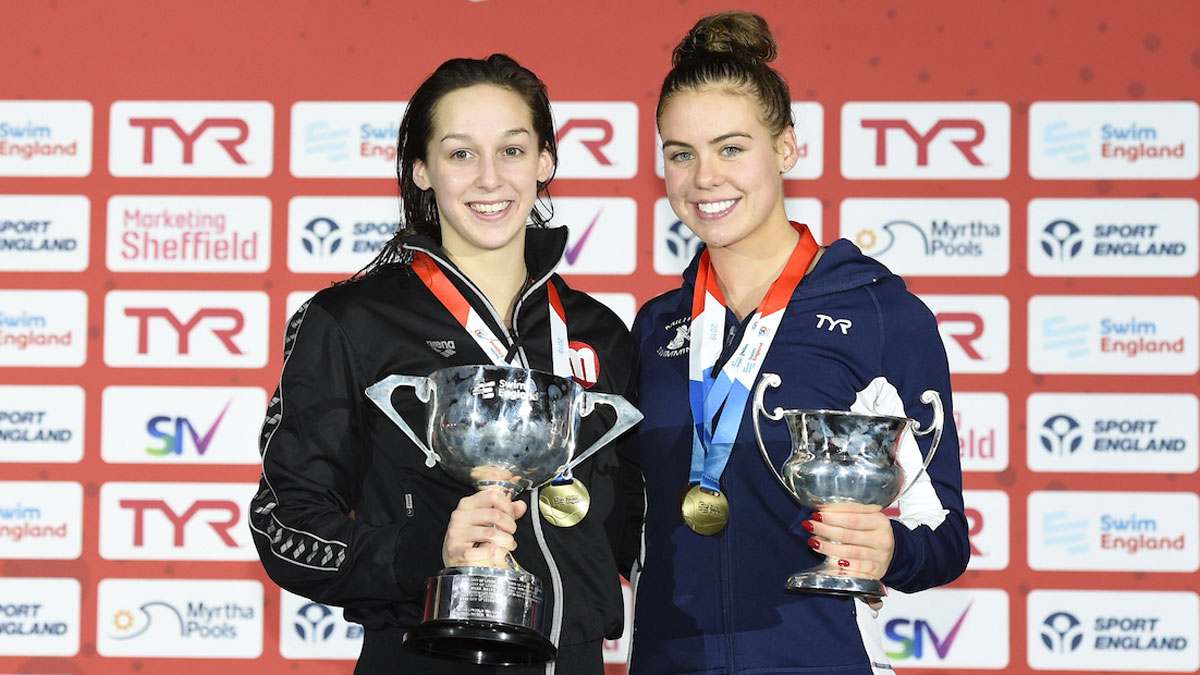 Golding went five seconds quicker than the time she set to win gold at the 2017 National Winter Championships, which led to her being named on the England team for the 2018 Commonwealth Games.

Her improvement since then has been clear, with the 21-year-old setting her previous PB in this same event last year.

Golding achieved her long course PB in the 200m Backstroke at the 2019 University Games in Napoli and with that time below the Olympic qualifying standard, she has her eye on a trip to Tokyo.

She said: “Next year I’m just really hoping to get that Olympic qualification time and use this meet as a springboard into the next cycle.”