Kieran Dale came out on top in a fantastic battle for gold in the Men’s 16 Years Individual Medley at the Swim England National Summer Meet.

Dale, Thanet Swim, was only 0.29 seconds ahead of Dulwich Dolphins’ Willem Koster as he won the gold medal at Sheffield’s Ponds Forge International Pool.

But the lead changed hands several times during the course of the race with Koster opening up an almost three-second gap after 200m.

In the 13-14 Years race, Ellis Cleworth overcame a four-and-a-half second defect at the halfway stage to win the gold medal.

The City of Liverpool swimmer was trailing Rushmoor’s Charles Hazell but a tremendous second 200m saw him touch home in 4:50.54 to win by 2.48 seconds.

Hackney’s Kai Ogden was third after finishing in 4:50.34.

There was only a gap of 0.06 seconds between the top two in the 17 Years event.

Adam Law, Borough of Kirklees, was first in 4:37.04 but he was pushed all the way by Northampton’s Jack Buswell who had to settle for the silver medal in 4:37.10.

A commemorative gold medal was presented to Jacob M Joergensen, Kvik Kastrup, who clocked 4:25.51 in the 18 Years and over race

The Swim England National Summer Meet gold medal was won by  City of Peterborough’s Harry Whiteman in a time of 4:36.88. 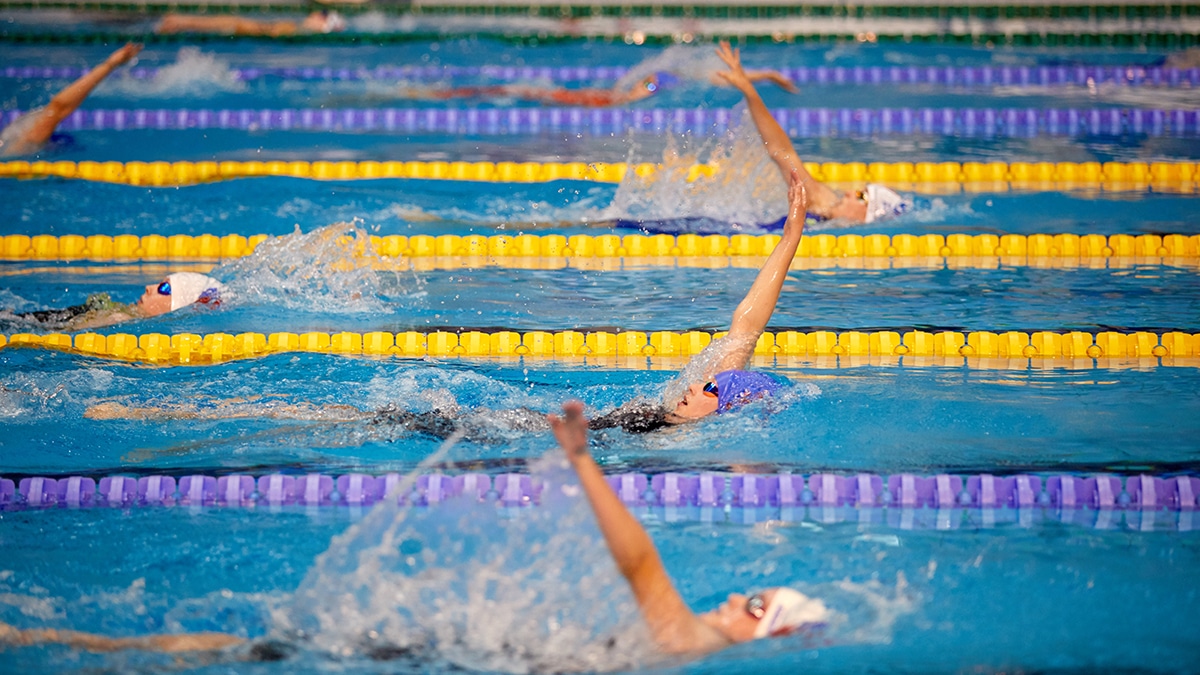 Royal Wolverhampton School’s Chloe Harris led from start to finish as she won the 12-13 Years race.

The bronze medal was won by Stockport Metro’s Caitlin Lansom in 5:12.71.

Amy Brown also cruised to victory in the 14 Years event.

In the 15 Years event, West Norfolk’s Lucie Peck won the gold medal by more than two seconds after she recorded a time of 5:06.58.

KingstonHull’s Abbie Bowden clawed back a three-second deficit after 200m to win the 16 Years race.

She trailed Portsmouth’s Abigail Lacey at the halfway stage but eventually won the gold medal by 2.03 seconds in a time of 5:03.19.

In the 18 Years race, City of Leicester’s Daisy Platts was victorious in 5:00.12 – almost four seconds ahead of second placed Molly Francis.

The Mount Kelly swimmer claimed the silver medal in 5:04.08, with bronze going to Stockport Metro’s Isobel Spinley in 5:04.85.