Edinburgh University’s David Cumberlidge completed the 50m and 100m Freestyle double with victory in the one-lap splash and dash on the penultimate day of the British Summer Championships 2017.

Cumberlidge’s time in the 50m Free final at Ponds Forge truly caught the eye as he clocked a lifetime best 22.03 to retain the title he lifted 12 months ago.

The English swimmer’s effort saw him become the fourth fastest Brit of all time, and was under the nomination time for the Gold Coast 2018 Commonwealths.

It also came on the day England’s reigning Commonwealth champion Ben Proud became the first British man to reach the World Championship podium for 50m Free since Mark Foster in 2003. 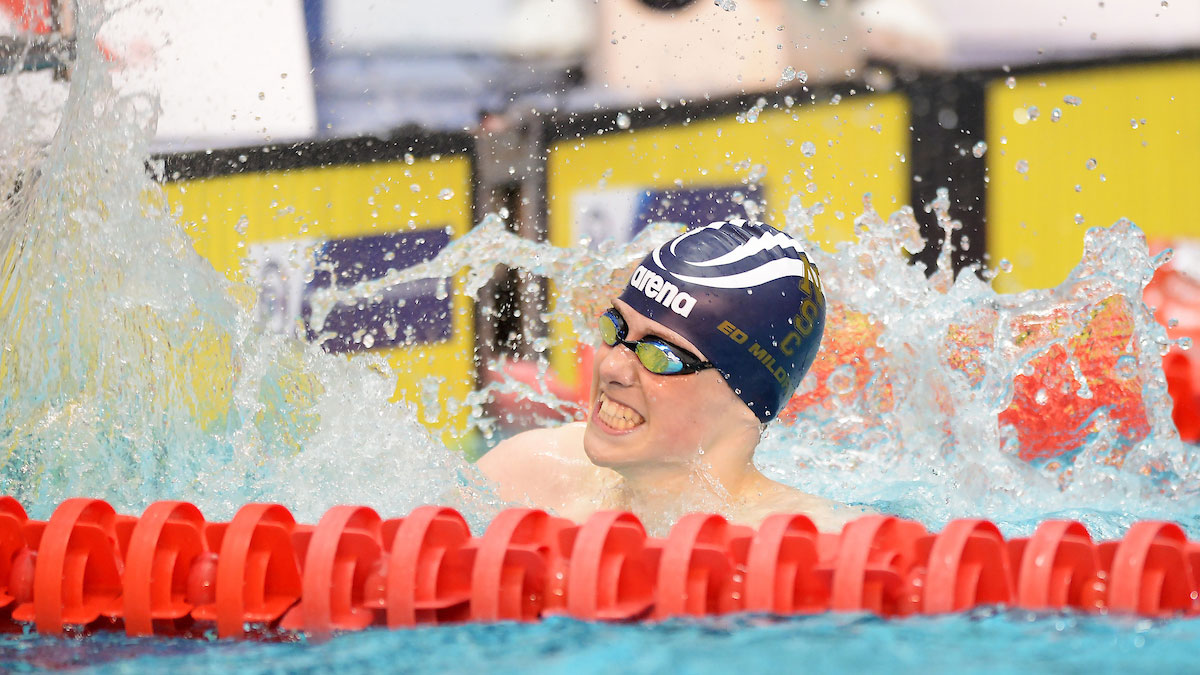 Northampton’s Ed Mildred was among the other 50m Free gold medallists in Sheffield, claiming his sixth gold of the British Summer Championships in the 13/14 Yrs age group.

The 14-year old had only qualified third fastest for the final, but stormed home in a PB 24.68 to touch out Skipton’s Ned Sharp by 0.09 seconds.

Southport’s Lewis Burras continued his domestic dominance in the 50m Free as he won gold for the third consecutive British Summer Champs, clocking 23.25 to win the 17/18 Yrs final.

It took a PB from Anton Akopian to deny Shiverers‘ all-conquering Joel Thompson a second gold of the day, and a sixth of the competition.

Ealing swimmer Akopian recorded a PB 24.17 to finish narrowly ahead of Thompson, also on lifetime best form in 24.32.

Lauren Cox won City of Coventry’s first gold of the 2017 Champs with an impressive victory in the 16 Yrs 50m Backstroke.

Cox had already reached the podium once in Sheffield, winning bronze in the 100m Backstroke.

And the 15-year old put in a classy performance to go two better over half the distance, touching just 0.03 seconds ahead of Sheffield’s Commonwealth Youth Games champion Lily Boseley with a PB 29.03 effort.

Cox’s time sees her become the fifth fastest British 15-year old of all time for 50m Back.

The senior title went to Edinburgh University’s Lizzie Simmonds, who was just 0.03 seconds off her PB as she set 28.40 to add to her titles in the 100m and 200m Back.