City of Leicester’s Samantha Diaz was crowned Women’s 15 Years 50m Freestyle champion in one of the closest races so far at the Swim England National Summer Meet.

The top five were separated by only 0.09 seconds with Diaz touching home first in 27.27.

Guernsey’s Laura Le Cras was second in 27.28, with Emma Cruickshanks (teamipswich) third in 27.32.

City of Bradford’s Hermione Roe was the silver medallist in 27.66, while Lincoln’s Laura Dickinson and Dulwich Dolphins’ Marion Cole were joint third in 27.85.

In the 14 Years race, Sadie Golden (Anaconda), was the gold medal winner after clocking 27.42.

TigersJersey’s Lily Scott finished second in 27.51, while City of Sheffield’s Hermione Timms was the bronze medallist in a time of 27.78.

She finished in a time of 26.86 to win the race ahead of Redditch’s Amelia Rodd, who won the Swim England National Summer Meet gold in 27.18.

Emily Lush, Potters Bar, won the silver medal in 27.57, with Charlotte Walker, City of Norwich, claiming the bronze in 27.62.

In the 17 Years and over race, City of Oxford’s Yasmin Tajalli was first home in 27.04.

The silver went to Georgina Tallon, Potters Bar, in 27.22, with Team Bath’s Rhiannon Bowen taking the bronze medal after finishing in 27.23. 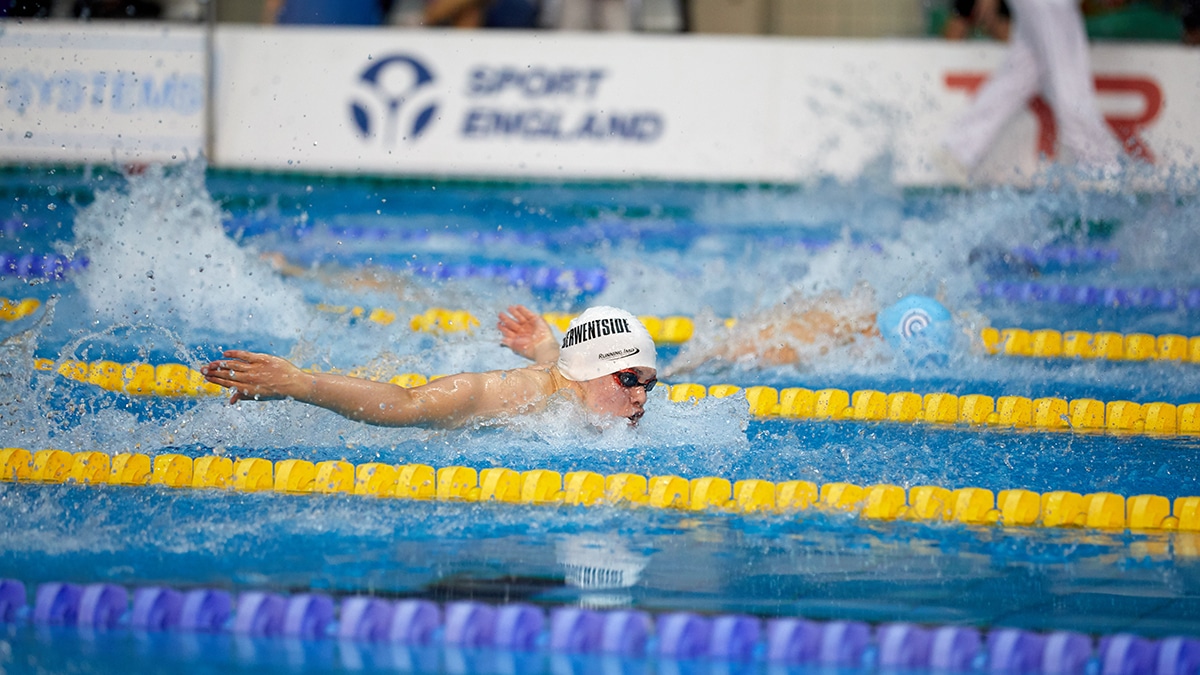 Derwentside’s Daniel Morley triumphed in the 17 Years event by more than a second.

City of Cambridge’s Matthew Titman was third in 57.50.

Millfield claimed a one-two in the 13-14 Years race.

Hillingdon’s Dillon Chana was victorious in the 15 Years event as he clocked a time of 57.99.

The Swim England National Summer Meet silver medal went to York City’s Jason Robson in a time of 58.93, while Ethan Habgood, Guildford, won the bronze in 59.32.

A commemorative gold medal was awarded to Denmark’s Jonas Kistorp in the 18 Years race.

He finished in 54.26, almost a second ahead of Stockport Metro’s Harry Lewis-Mitchell who took the Swim England National Summer Meet gold in 55.24.

Only eight points were between the medallists in the Women’s MC 50m Freestyle.

The bronze medal went to Derwentside’s Jay McCabe (S9). She scored 595 points after finishing in 33.51.

Mount Kelly’s Finlay Middleton (S8) was the gold medal winner with a score of 623 points after recording a time of 29.61.

He was six points ahead of the second placed swimmer, Portsmouth’s Dominic Redpath (S9), who finished in 29.47 for 617 points.

The bronze medal was won by Royal Wolverhampton School’s James Brown (S9) who clocked 29.93 for a score of 589.

Swimming coaches are selected for ‘exciting and innovative’ programme

Royal seal of approval as lockdown coaching heroes are honoured