James Wilby became European Champion from lane eight in the Men’s 200m Breaststroke final in an exciting finals session on day four at the 2022 European Aquatics Championships in Rome.

The gold medal for Wilby was coupled with a silver medal for Freya Anderson in the Women’s 200m Freestyle final and more British success in the relay as the Men’s 4x100m Freestyle team took bronze.

Wilby was the star of the show on the night as he put on another sensational display to cap off his incredible summer with a European gold in a time of 2:08.96.

The Loughborough Performance Centre swimmer went out quickly in lane eight and moved into fourth place at the halfway point as he gave it everything from the off.

He made sure he stayed in the race and just kept getting stronger as he battled on to move into the lead just after the final turn.

Despite coming into the race as the eighth fastest qualifier, Wilby just kept on fighting and ended up going clear towards the end to take the title by almost half a second.

Finland’s Matti Mattsson had to settle for silver, finishing 0.44 off Wilby’s time with Italy’s Luca Pizzini winning the bronze medal.

A fourth medal in Rome for Anderson 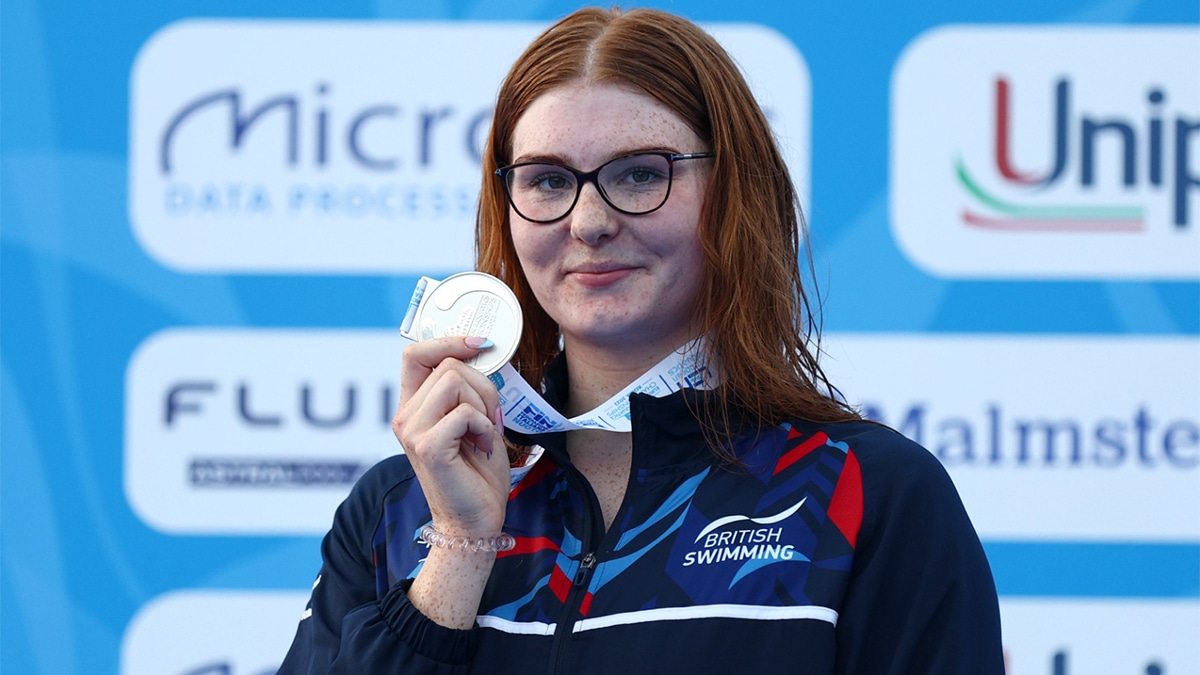 Freya Anderson won her fourth medal in Rome as she added Women’s 200m Freestyle silver to her collection.

The Bath Performance Centre swimmer came into the final as the fourth fastest qualifier but ended up missing out on gold by just 0.16 after an incredible swim.

It’s her second individual medal of the meet after she won bronze in the 100m Freestyle on day two.

She started off well and was in a strong fourth place at the halfway stage as she begun to make her charge towards the medal places.

Anderson put everything into the second half of the race as she hunted down Marrit Steenbergen from the Netherlands as she moved into second position ahead of the final 50m’s.

The gap was just too big in the end as Steenbergen held on with Anderson needing just a few extra metres to be able to touch the wall before the Dutch swimmer.

The British swimmer will still be pleased with the result as she improves her bronze to silver from the 2020 European Championships in Budapest. 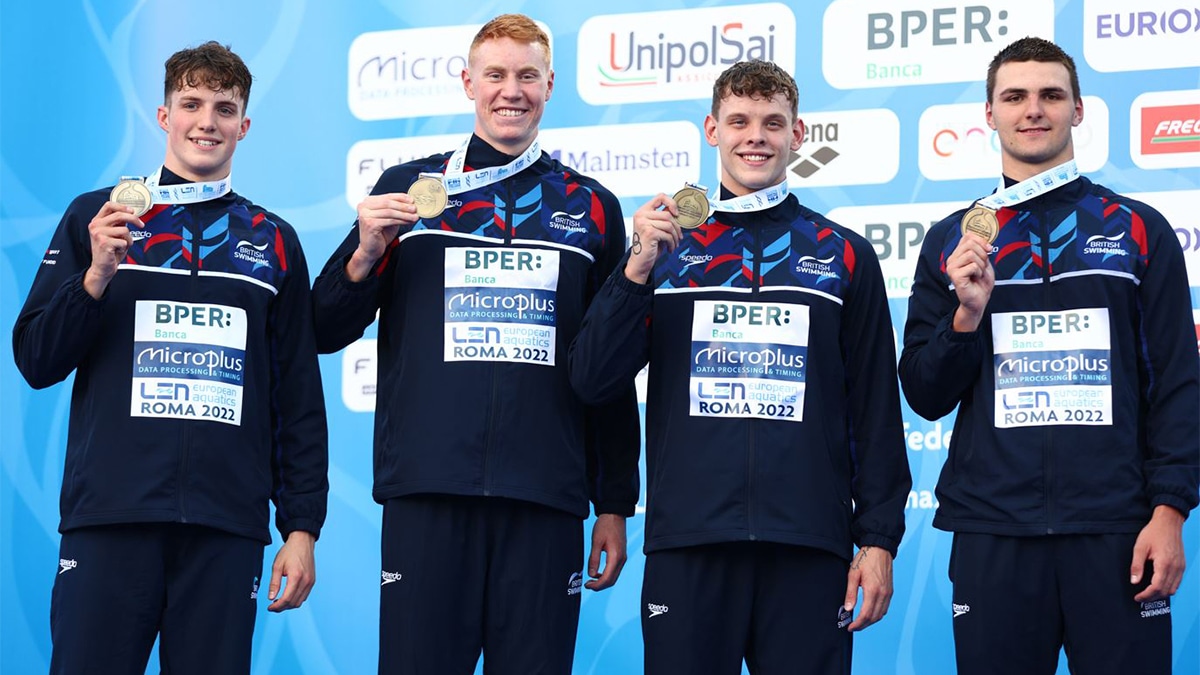 Great Britain won bronze in the Men’s 4x100m Freestyle relay after Britain’s young team swam their hearts out to get themselves on the podium.

It was 17-year old Jacob Whittle that got the British team underway as the Loughborough Performance Centre swimmer kept Britain within touching distance of the medal places after the opening leg.

Matt Richards took on the second leg and performed well to move the team to within a third of a second from a medal place.

Tom Dean then replicated his anchor legs from the Commonwealth Games as he powered through the third leg to move the quartet to bronze medal position.

That left Ed Mildred to wrap up the contest and he started off quickly to take second place with just 50m’s to go.

The Bath Performance Centre swimmer gave it everything he had but he was just caught by Hungary’s Kristof Milak before the finish as he dropped back into third position.

In the end winning bronze is an impressive result for the British quartet. They beat both the strong French and Spanish teams to third place with the French squad later being disqualified.

The Swansea University swimmer set a time of 27.90 as she finished just 0.63 off the winning time.

Harris got off to a good start but couldn’t quite keep with the leading trio who pulled slightly ahead in the closing stages.

It was still a strong swim from Harris who already has three medals in Rome as part of Britain’s relay squads.

The last of those three medals came yesterday as she was part of the Women’s 4x100m Freestyle team that won Britain’s first gold of this years European Championships.

Keanna Mcinnes set a new lifetime best to make the final in the Women’s 100m Butterfly.

Mcinnes came back strongly in the second half of the race to move up to fifth in her semi-final to progress to tomorrow’s final as the eighth fastest qualifier.

The University of Stirling swimmer was just 1.56 off the quickest overall time and will hope to make an impact in tomorrow’s final.

Jonathon Marshall missed out on a place in the Men’s 50m Backstroke final after finishing 14th fastest overall.

Marshall swam well in his semi-final, despite finishing eighth, as he ended up just 0.22 off of a place in the final.

The time from the FAST swimmer was a 25.26 which was comfortably faster than his 25.42 in the heats.

It was a strong swim from the 17-year old on his senior British debut as he looks to build on this experience going into next season.

Hanlon will be second reserve

Great Britain’s Kara Hanlon will be the second reserve for the Women’s 200m Breaststroke final.

Hanlon set a time of 2:26.78 that left her tenth fastest overall in the semi-finals after another impressive display.

The Edinburgh University swimmer is coming off her first European final in the 100m Breaststroke last night and improved her time from this morning’s heats by almost two seconds as she narrowly missed out on the final.