Great Britain finished second in the medal table at the European Youth Olympic Festival in Baku.

Despite both Britain and Russia finishing with the same amount of medals in total, it was the latter who claimed more golds, meaning Russia finished top of the pile.

The Brits were a close second, literally in most cases, as they claimed the highest number of silver medals out of all 20 competing nations.

With a total of 18 medals – six gold, 11 silver and just one bronze – it proved to be a successful event for the 15 athletes that came together to form Team GB.

Their Chef de Mission, Elaine Skilton, said before the competition that she hoped Baku 2019 could act as a great springboard for the athletes to progress, with planning already underway for Paris 2024.

15-year-old Katie Shanahan won half of Britain’s gold medals single handed as she claimed a hat-trick of titles, winning the Girl’s 200m Backstroke along with both the 200m and 400m Individual Medley races.

Shanahan was the most decorated Team GB athlete, as she also brought home three silvers to match her golds. 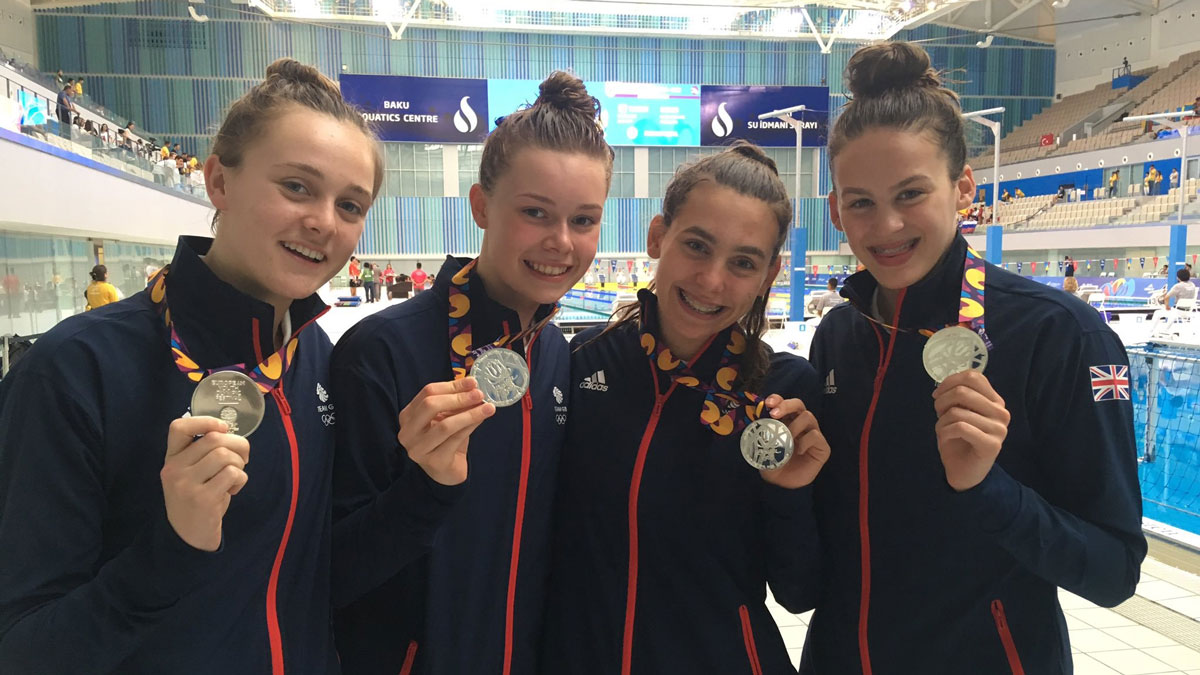 But this time they were team successes with all three having been won in the relays, the Girl’s 4x100m Freestyle, 4x100m Medley and the Mixed 4x100m Medley.

After their strong performances at the European Junior Swimming Championships in Kazan prior to this event, it was no surprise that both Edward Mildred and Jacob Whittle were not far behind, both winning five medals.

Derventio’s Whittle and Northampton’s Mildred were both part of the British team which won bronze in the Boy’s 4x100m freestyle relay in Kazan.