Only days after claiming gold at Glasgow’s Tollcross International Sports Centre in the 200m Individual Medley, the City of Derby swimmer put on a dominant display in the 400m competition.

He knocked almost 10 seconds off his previous best time to take the gold medal in an impressive 4:49.63.

That was 9.34 seconds faster than the morning heats when he went under the five minute barrier for the first time.

And he was almost five seconds ahead of his nearest rival, silver medallist Oliver Jones.

Ledbury’s Jones had a fight on his hands for second place and he just edged it in a time of 4:54.48.

Max Shaw, City of Milton Keynes, was narrowly behind Jones after recording 4:54.77.

City of Salford’s Max Adams had a strong final 100m swim to take the national title in the 15 years race.

He held a comfortable advantage of more than six seconds over Bramcote’s Andrew Bertoli at the halfway stage.

But that had evaporated after the breaststroke leg with Bertoli only 0.67 seconds adrift.

However, Adams powered home in the final 100m to finish in 4:44.62 to take the national gold medal.

Bertoli clocked 4:47.34 for the silver, with teamipswich’s Joe Cooper the national bronze medallist in 4:48.08.

Lewis Binning was victorious in the 16 years race after an impressive final 200m saw him win by more than five-and-a-half seconds.

The Basildon and Phoenix swimmer was sixth at the halfway stage but opened up an huge lead in the second half of the race and clocked 4:38.99 to take the gold.

Stockport’s Jolan Bennett was second in a time of 4:44.56, narrowly ahead of City of Milton Keynes’s Joshua Press who took the bronze in 4:44.59.

There was a thrilling battle for the national title in the 17 Years competition.

The bronze was won by Stockport’s Benjamin Foster in 4:41.37.

Toronto’s Thomas Wheatcroft was a commemorative gold medallist after recording a time of 4:38.16

The City of Milton Keynes swimmer triumphed by 1.77 seconds from Guernsey’s Charles Hallet, who clocked 4:37.53. 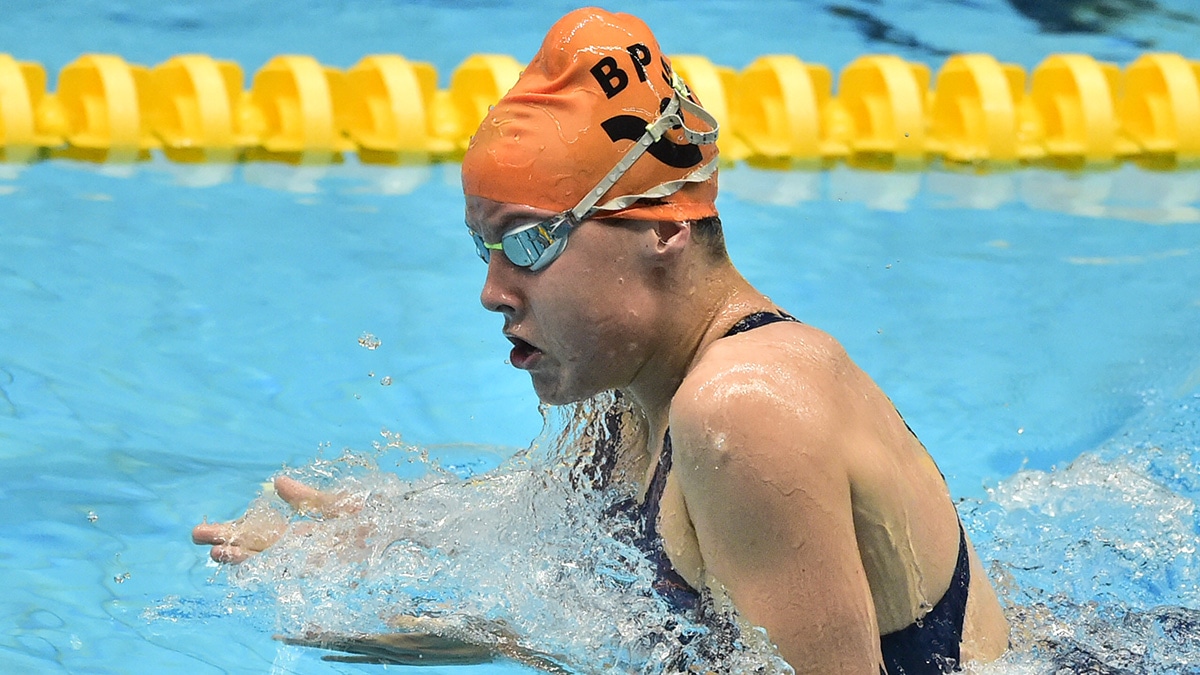 Ruby Wheeler dominated to win gold in the 12-13 Years race.

The Basildon Phoenix swimmer was victorious in 5:04.68 having led at every 50m turn apart from one.

City of Leeds swimmer Anna Ashcroft was the bronze medallist in a time of 5:09.87.

Annabelle Wilkinson triumphed in front of a home crowd in the 14 Years competition.

Freya Johnson added another bronze to the City of Leeds’ medal haul after finishing in 5:08.98.

Natalie Sanford finished first in the 15 Years race but there was a thrilling finish for second and third place.

City of Liverpool’s Lois Keyes and City of Leicester’s Tia Keightley were involved in a fight for the runners-up spot and only one-hundredth of a second separated them.

Anya Preece won the the 16 years race by more than two seconds.

City of Peterborough’s Mia Leech led from start to finish as she comfortably won the 17 Years and Over event.

Northampton’s Hume touched in 5:05.65 to win the silver medal by only 0.11 seconds from third-placed Abigail Lacey, Portsmouth, who recorded 5:05.76.