Sisters Elena and Elizabeth Eardley both won gold medals within minutes of each other on the final day of the Swim England National Summer Meet 2019.

The Guildford City pair had both qualified quickest for their respective finals and Elena was first up in the final session, looking to get the job done in the Women’s 12/13 Years 200m Backstroke.

She swam from lane four after improving her personal best by 4.4 seconds in the heats and she went even quicker again, pulling away for victory in 2:24.74.

Not to be outdone by her younger sibling, Elizabeth made a significant statement to win the 15 Years national title.

She shaved almost four seconds off the lifetime best she had set in the morning, coasting to the win in 2:22.97.

Rue Fowler put on a show in the 14 Years final, taking gold with one of the night’s most dominant swims.

The Team Bath swimmer was a somewhat surprise winner in the 100m Backstroke on day four, having qualified for the event as the 19th seed.

But she was the clear favourite over the 200m, leading the field courtesy of a personal best swim in the heats.

Fowler was quick off the blocks and led by almost a second at the first turn.

Tilly Hansen-Hamilton secured a hat-trick of wins in the event for Guildford City, winning the 17 Years and Over final.

Hansen-Hamilton, the 200m Butterfly bronze medallist, was locked in a battle with Havant and Waterlooville’s Gemma Elliott approaching the finish.

The Guildford swimmer had edged clear over the last 25 metres and did just enough for gold, swimming a 3.5 second PB of 2:17.10.

Elliott was just 0.59s behind to win silver, while City of Salford’s Josephine Stevens won bronze.

In the 16 Years final, Megan Barnes won her first national title of the week, finishing superbly to win in 2:21.44.

The Barnes SC swimmer was second at the final turn, but chased down Ellesmere College’s Gerda Vasiliauskaite to win by almost a second. 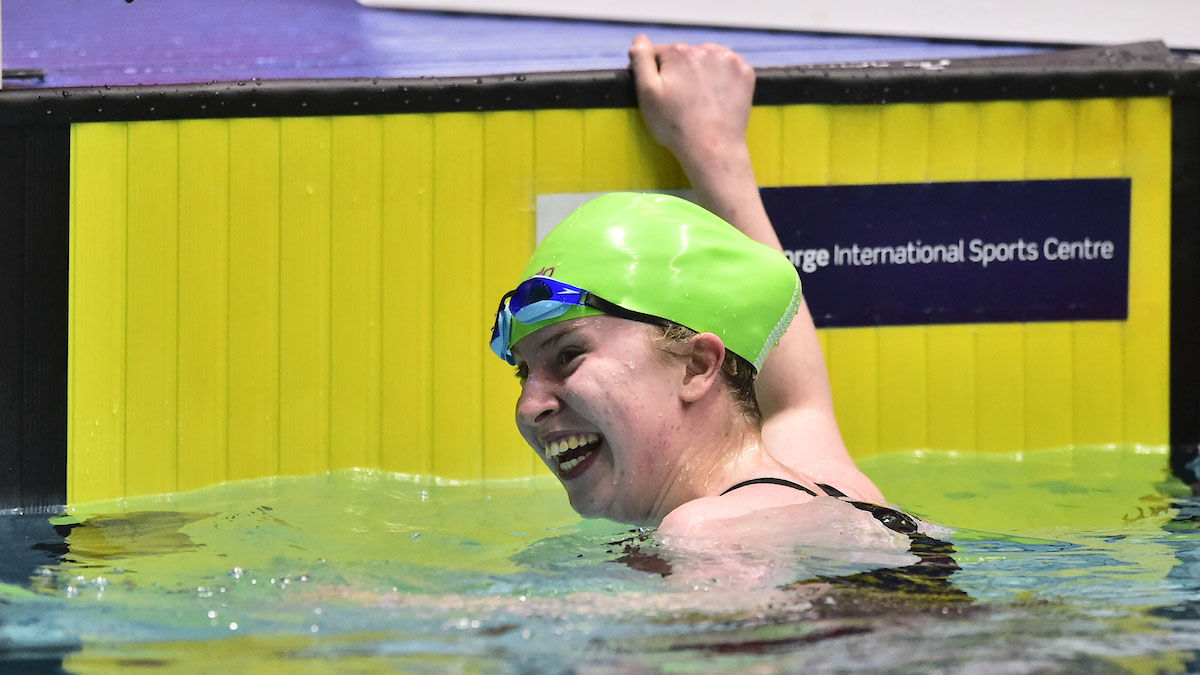 There was also a family affair in the Women’s MC 100m Backstroke final.

Cockermouth’s Grace Cooper-Holmes guaranteed a complete sweep of individual medals as she added gold to the silver and bronze she had already won throughout the week.

She was joined on the podium by Northampton’s twin sisters Eliza and Scarlett Humphrey.

Eliza had already won two medals at Ponds Forge and she added a silver into the mix, swimming 1:38.95 for 489 points.

Scarlett, also an S11 swimmer, was less than half a second behind as she wrapped up her first medal of the week, taking bronze with 482 points. 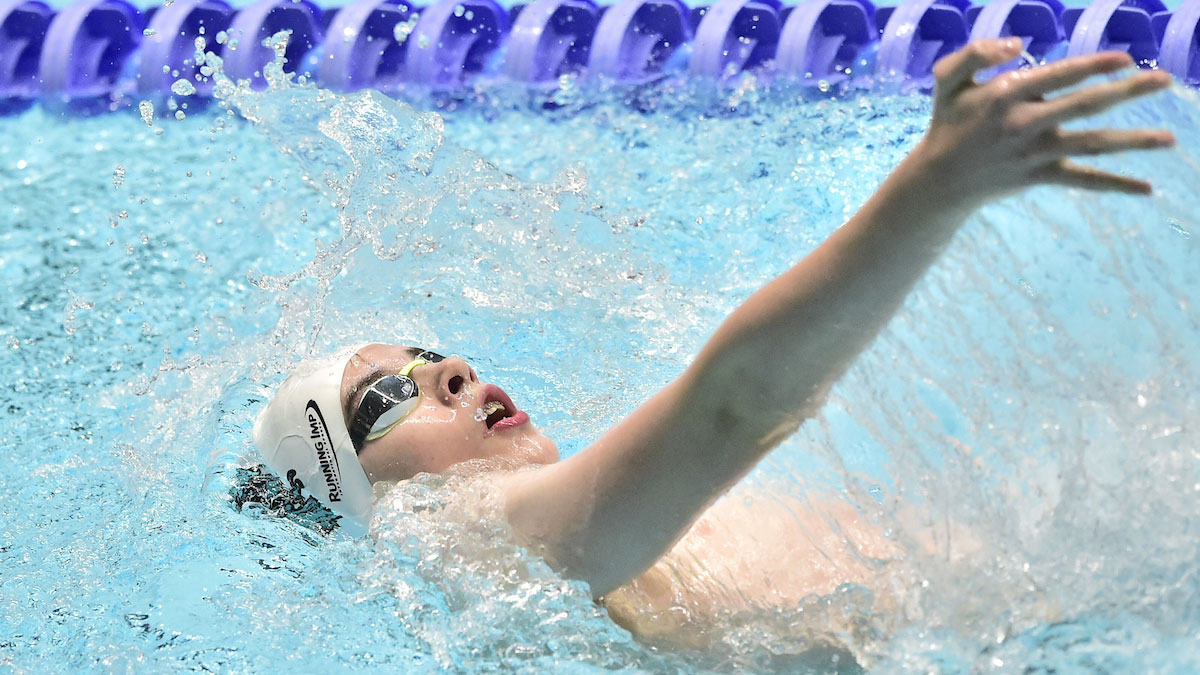 The Derwentside swimmer was agonisingly close to gold a day earlier, finishing just 0.03s off the pace to win bronze in the 50m Backstroke.

Maskell set himself up with a personal best in the heats, but was only seventh fastest to leave him in lane one.

He took control from the start and led by 2.6 seconds at the final turn.

Maskell touched the wall in 2:16.19 for a superb five-second PB.

Ryan Zhao won the 15 Years title for his second gold of the week.

The Newcastle swimmer, who won the 50m Breaststroke on day four, was in a good position with 50m to go, trailing Dane Valley’s Spencer Sheard by less than two tenths of a second.

Shiverers’ Elijah Kendrick finished strongly to take the silver, while Sheard held on for bronze, just half a second behind Zhao.

Roan Greening was back on the podium as he won gold in the 17 Years final.

The Cockermouth swimmer won silver in the 50m Backstroke and looked set to go one better as he led through the first three turns.

Despite some late pressure from silver medallist Jeremy Kemp, of Brompton, and City of Cambridge’s Manfred Battle, Greening wasn’t going to let this one slip away.

The Northampton swimmer was fifth in the 100m Backstroke final, but he swiftly ensured his place on the podium, surging after turning at the halfway mark.

Vance opened up a significant gap at the final turn and coasted to the gold in 2:10.00.

City of Lincoln’s Ethan Grace-Riches won silver for his third medal of the week, while Skipton’s Archie Minto picked up the bronze.

Ethan Lawton completed a superb turnaround from the 50m Backstroke to win gold in the 18 Years and Over final.

The Newcastle Staffs swimmer was 10th in the final over the shorter distance, so perhaps ironically it was his first 50m which proved decisive on day five.

Lawton led at the first turn and opened up a sizeable advantage from there, winning by more than a second in 2:08.91.

Luke Batty won a national title at the fourth time of asking, triumphing in the Men’s MC 100m Backstroke final.

The Bolton Metro S9 swimmer had won two silvers and a bronze heading into the event, finally getting his hands on gold with a total of 558 points.