12-year-old Hollie Widdows won her second gold medal in as many days at the Swim England National Summer Meet.

The Guildford City swimmer had produced a rapid swim to win the 12/13 Years 50m Freestyle title on Thursday, and she proved her versatility by adding 50m Backstroke gold.

Widdows improved her personal best time from the heats to win in 31.18s.

Hannah Woodcock won the 14 Years title by the finest of margins.

The Pershore swimmer got to the wall first in 31.06s, just one hundredth of a second clear of silver medallist Astrid Hannah, of Millfield.

Jasmine Iley was agonisingly close to breaking the 30-second barrier in the 17 Years and Over final.

The Borough of Waltham Forest swimmer beat the PB she set at last year’s Summer Meet, taking gold in 30.02s.

Charlotte Moores set a new lifetime best for the second time in the day to win the 16 Years title.

The Guildford City swimmer clocked 30.36s, with City of Manchester’s Natasha Whittall (30.82) and City of Birmingham’s Lily Massey (30.91) the only other swimmers to go below 31 seconds.

Mellor lowered her PB to 31.03s, finishing ahead of Woking’s Zoe Ryan and Nova Centurion’s Kate Morris on the podium. 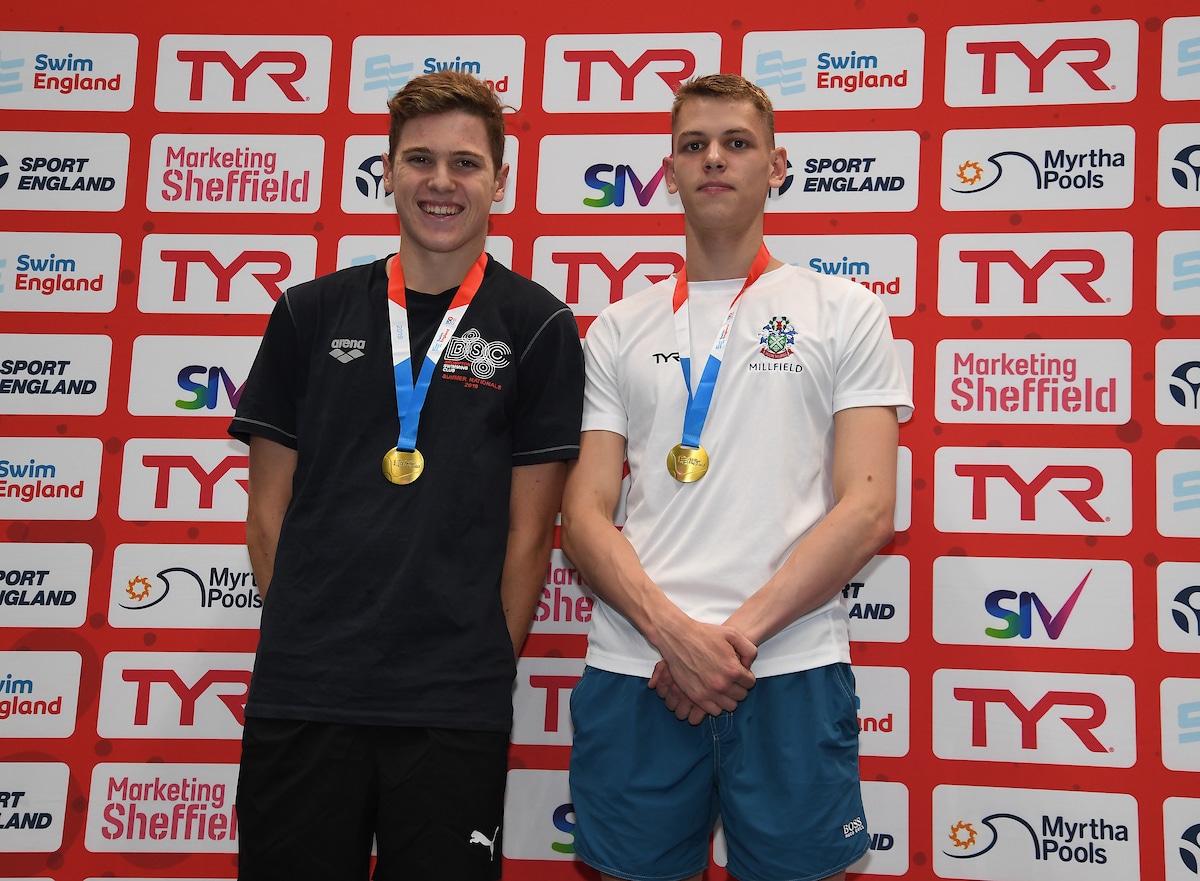 The Millfield swimmer touched the wall in 26.92s, ahead of Nova Centurion’s Michael Rees.

Both swimmers had set personal best times in the heats, but went under the 27-second mark for the first time ever in the final.

Cheered on by his supporters high in the stands, Spencer touched the wall in a new PB of 29.57s.

That was just 0.02s ahead of Pyefinch, with Derwentside’s Thomas Maskell also only a fraction behind, taking bronze in 29.61.

Samuel Tucker dominated to win the 15 Years gold medal by almost a second.

The Wycombe District swimmer went sub-28 for the first time ever in the heats and he again improved on that to win in 27.54s.

Oliver Morgan capped off a career best day in the pool to win gold in the 16 Years final.

The Ludlow swimmer had never swum below 29 seconds heading into the competition, but backed up his 27.67 heat swim with a 27.66 to be crowned national champion.

Meanwhile, Jeremy Kemp won the 17 Years title, lowering his PB from the morning to 27.33s.