On Friday, she shattered Molly Renshaw’s British record in the 200m Breaststroke on her way to the gold medal.

Now she has added the 100m title to her collection – breaking the previous English record held by Siobhan-Marie O’Connor in the process.

“It’s been a good year. I’ve just really been focusing on my training. I didn’t really do rested short course meets last year, so I was just excited to come here and see what I could post.

“This is my last competition of this year, so next year I’m just kind of … well you know January will be really hard, burning off all that Christmas dinner!

“But then it’ll just be the same as this cycle really – hard work, hopefully staying focused and see what I can produce later on in the year.”

Ulyett was pushed all the way by her Loughborough University team-mate Sarah Vasey, who took the silver medal in a personal best time of 1:05.42.

Megan Morrison made it a clean sweep on the podium for Loughborough University as she touched home in 1:06.45 – which was also a personal best.

Millfied’s Lily Booker was the youth gold medallist after finishing fourth in the open final in 1:06.97.

That was 0.98 seconds faster than fifth-placed Angharad Evans, of West Suffolk, who clocked 1:07.95.

City of Leeds’ Rebecca Clynes was the youth bronze medallist in a time of 1:09.18. 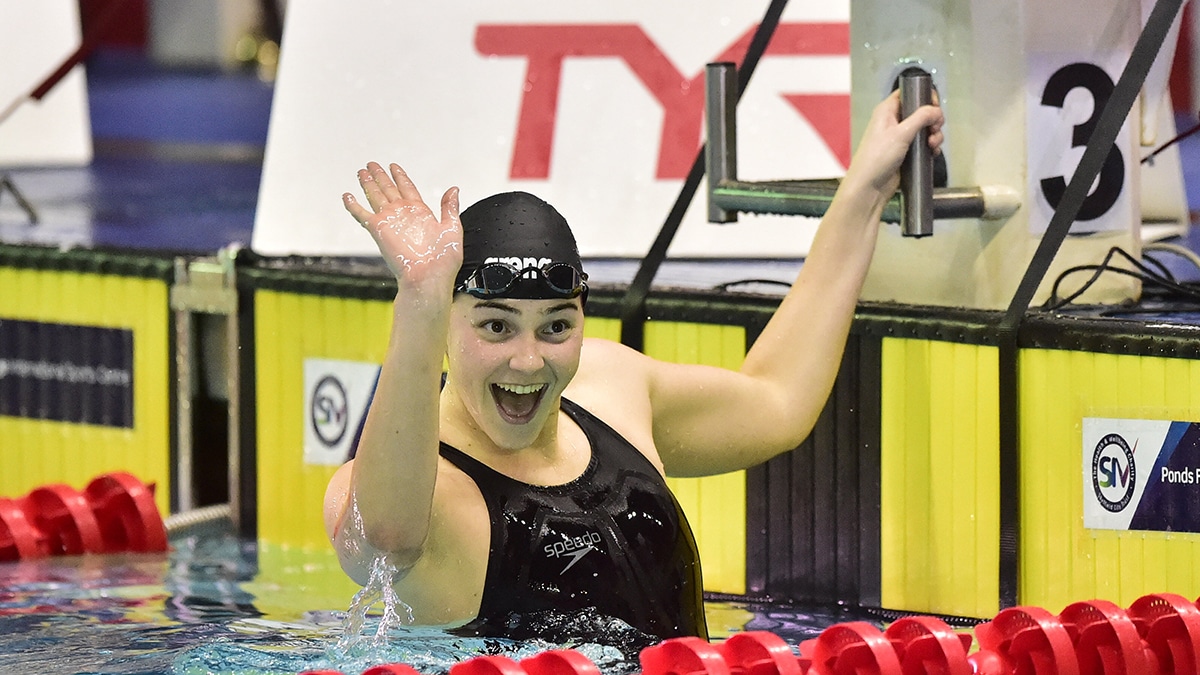 Emily Crane is a national champion after breaking her personal best to win the Women’s 50m Backstroke title.

The Loughborough University swimmer shaved 0.07 of her previous record as she finished in a time of 26.87.

City of Coventry’s Lauren Cox was 0.11 seconds adrift of Crane and had to settle for the silver medal and youth gold medal in a personal best time of 26.98.

The previous record of 27.58s, set by Anna Maine in Sheffield, had stood for four years.

Lija Radziunaite, of teamipswich, was the youth bronze medallist in 28.02.

He broke his season’s best by 0.02 seconds on his way to the title after finishing in a time of 26.96 to add the title to the 100m Breaststroke gold he won on the opening day of the competition..

That was 0.12 clear of Putteridge’s Lawrence Palmer (27.08), while Dublin’s Andrew Moore claimed a commemorative bronze after touching home in 27.51.

The youth gold medal went to Mount Kelly’s Oliver Taverner in a time of 27.89 – good enough for fifth spot in the open final.

City of Liverpool’s Rhodri Williams was runner up after clocking 26.06, while the bronze went to Dartmoor’s Cameron Williams in 28.36.