Luke Greenbank swam a lifetime best to win a bronze medal in the Men’s 200m Backstroke at the FINA World Championships.

The Loughborough University swimmer qualified third fastest for the final and he certainly stepped up when it mattered most, claiming his first world medal in 1:55.85.

That was just 0.04s quicker than the previous personal best time he set to win the British title in April.

He said: “To be up in the medals at a World Championship is a dream come true really.

“I went in there quite relaxed, but confident, and I just stuck to my race plan and it seems to have paid off. I knew if I had a good last 50m I’d be in for a good swim.

“I’ve changed my training programme up a little bit this year, doing a few more metres and a bit more volume, so if I keep that going hopefully I can improve on what I’ve done this year.

“I’ve had a couple of disappointing years so we tried something new with the training and it seems to have worked!”

In a sign of his progress since the 2017 World Championships, Greenbank was almost three seconds faster in Gwangju than he was in Budapest.

The 21-year-old is primed to make his Olympic debut in Tokyo next year.

The British men led for much of the 4x200m Freestyle Relay final, but were pipped to a medal by just 0.06s.

Duncan Scott had the Brits leading at the first changeover and that momentum continued through Calum Jarvis and Tom Dean.

James Guy was tasked with holding onto the slender lead, but he was ultimately chased down by three of the strongest swimmers over this distance.

Guy capped off a superb performance, helping the team finish fifth in an impressive 7:02.04, agonisingly close to the bronze medallists, USA.

Molly Renshaw had her best ever finish at world level, taking fifth place in the Women’s 200m Breaststroke final.

The Loughborough University swimmer was unable to trouble her personal best, clocking 2:23.78 to finish within 0.88s of bronze medallist Sydney Pickrem.

But that was Renshaw’s highest placing at either the World Championships or Olympic Games, having finished sixth at Rio 2016 and sixth in Budapest in 2017.

She said: “I’m obviously a little bit disappointed, as after last night’s swim I thought I had a lot more in the tank than that.

“Given how good it felt in the race I really felt I was up there until 150 and then kind of struggled down the last 50.

“I can’t complain though as I’ve had a much busier week than I expected and the 100 went so much better than I expected, so maybe that’s taken it out of me a little bit.”

The 18-year-old, who was the youngest swimmer in the field, had set a new personal best of 53.31s to reach the final.

She again went quicker than her previous best mark heading into the Championships, touching the wall in 53.44s to give her plenty of cause for optimism ahead of the 2020 Olympic Games.

Anderson said: “I was very lucky to be in that final amongst those girls, so I can’t really complain.

“I would have liked to have gone quicker but I’m way more motivated now and just want to get back in the training pool and piece everything together for next year.

“Hopefully I’ll have the relay on Sunday and we’ll see what I can do there.” 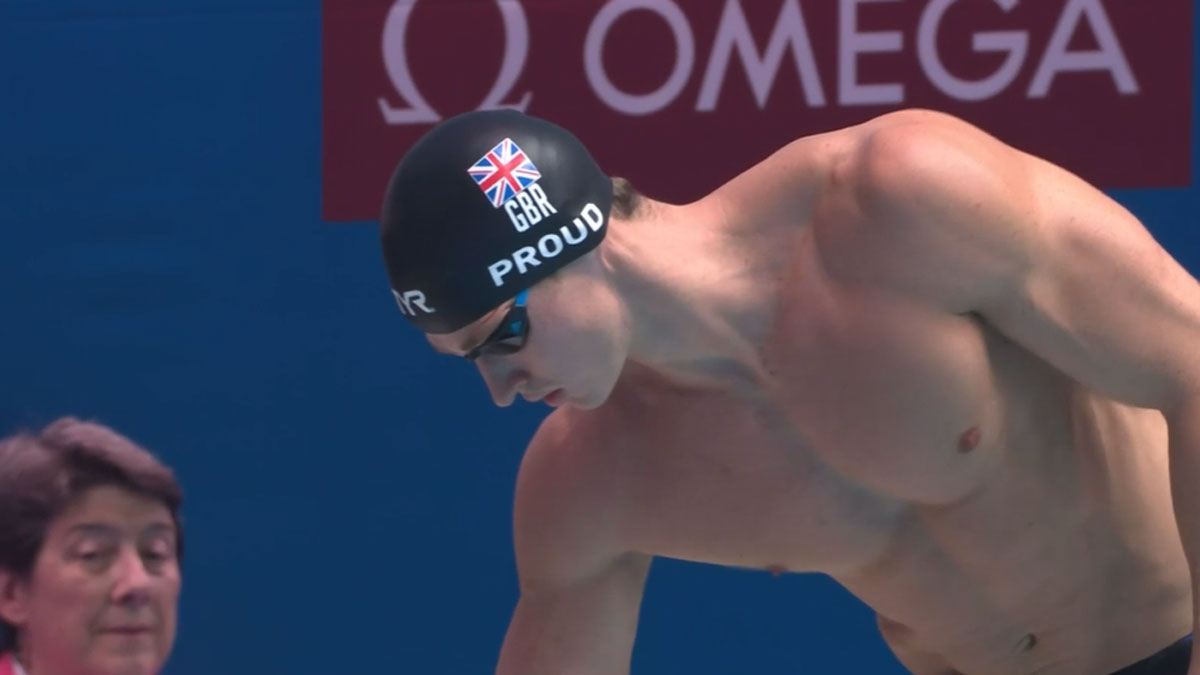 Ben Proud will challenge for his first ever Men’s 50m Freestyle world title after comfortably finishing second in his semi-final.

The Plymouth Leander swimmer won bronze in this event in 2017, when he also won gold in the 50m Butterfly.

Having just missed out on a medal at the 2016 Olympic Games, Proud will be determined to make a statement in Saturday’s final ahead of Tokyo 2020.

He said: “It was very close to my season’s best, only a couple of fractions out, so if I can step it on again tomorrow night, which is probably what it’s going to take to get onto the podium, then I’ll be very happy.”

James Guy is through to the final of the Men’s 100m Butterfly after holding his own in a blistering heat.

The National Centre Bath swimmer will be encouraged by the qualifying times of those above him.

Jessica Fullalove fell short in her bid to make a first ever world final as she finished eighth in her Women’s 200m Backstroke semi-final.

The British champion swam just shy of her heat time, touching the wall in 2:11.12.

In an immensely competitive field, Fullalove would have needed to significantly improve her personal best to have had a chance of reaching the final.