Max Litchfield says his club swimming days have made him the swimmer he is today and helped him make ‘lifelong friends’ along the journey.

Following his Team GB selection for the rearranged Tokyo 2020 Olympics, Litchfield is set to compete at his second Games after finishing fourth in the 400m Individual Medley at Rio in 2016.

Now a Loughborough National Centre swimmer, the 26-year-old described his first club as ‘massively important’ as he recalled where it all began.

Litchfield said: “I learned to swim when I was about four or five. My mum and dad took myself, my brother and my sister just as a good life skill.

“Then my first proper club was Minsthorpe Marlins. I moved there from the place I learned to swim, which was called Lightwaves in Wakefield.

“I moved to Minsthorpe Marlins for a couple of years before I eventually moved on to Doncaster Dartes, which was my first big club that I went to.

“I don’t remember specifically how I got into Minsthorpe – I think it was just the general progression.

“There was no club in Wakefield. It was just swimming lessons that I went to and Minsthorpe was the closest club to my house, so I think it was just a natural progression really.”

Litchfield explained that his first and second clubs also played a ‘massive’ role in helping his development as a swimmer.

“The club environment that I was in was just built for swimming and it helped me hone those skills down that have made me the swimmer I am today,” he added.

“Without those foundation stages where you’ve got people guiding you in all different areas, you can’t get to a point where you can develop and swim.

“I think both my first and second club were massive in that.”

One of the many reasons athletes enjoy being part of a club is the friendships and team environment, and that was no different for the 2019 European 400m Medley champion.

Litchfield said: “I think it was just being in an environment with friends that you could train with and make those connections with other people that enjoyed swimming, and just have fun at the same time.

“There are still a few friends that I’ve got from my second club that I still keep in contact with and I think it is amazing that you can make those connections and have those friends that potentially could be lifelong friends.” 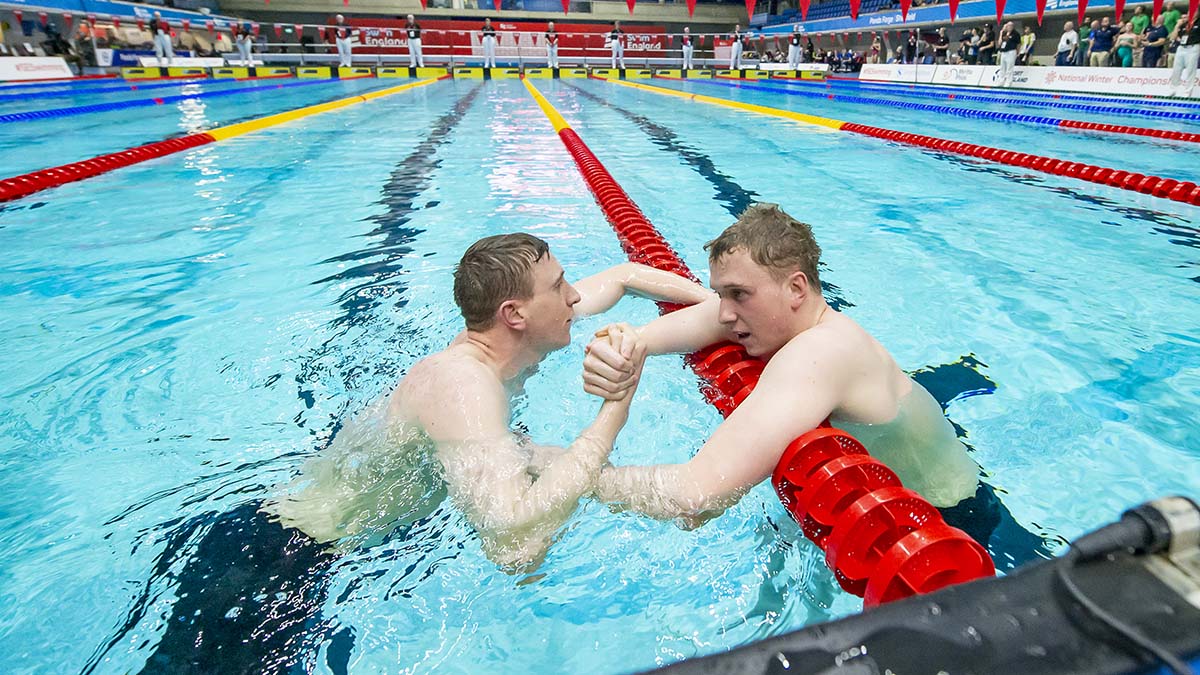 Litchfield had a message for all athletes, no matter what discipline or sport.

He added: “Even if it’s not swimming and it’s another sport that you enjoy, whatever it is, if you enjoy it, go to a club.

“Definitely, if you want to join a swimming club or a football club or whatever, then for me – go for it!

“I wasn’t [at my first club] that long but without those guys I wouldn’t have ever got the chance to go on to Doncaster.

“Then without Doncaster I wouldn’t have had the chance to go on to Sheffield and then to Loughborough.

“It’s all a process and no matter how small or big your first club is, it’s massively important for the rest of your career.”