Adam Peaty continued has dominance of the Men’s 100m Breaststroke as he won this third world title in emphatic style in South Korea.

Peaty clocked 57.14 as he finished 1.32 seconds ahead of his team-mate James Wilby, who ensured it was a British one-two with a personal best time of 58.46.

Although Peaty was outside the world record time of 56.88 he set in the semi-final, he never looked like being beaten.

He was 0.03 seconds inside his world record time at the halfway stage and it was only a question of whether he would better his semi-final time.

With a fresh World Record under his belt, Great Britain’s Adam Peaty was the odds-on favourite for gold in the Men’s 100m Breaststroke, and he certainly lived up to expectations! All the action live! 💻 https://t.co/bEozhdW5qV#Swimming#FINAGwangju2019pic.twitter.com/Qr1gSHi6Pu

An expectant Nambu International Aquatics Centre crowd were checking the clock as he edged nearer the wall but he touched home 0.26 outside of the record.

Peaty admitted he was a little bit disappointed with his time – which was still the third fastest ever – but pleased to take the gold.

“With that constant expectation that I put on myself, it’s a little bit disappointing to me, but I think that will fuel me for next year because I know how bad I want to go below 56, even faster now and I know exactly how to do it. 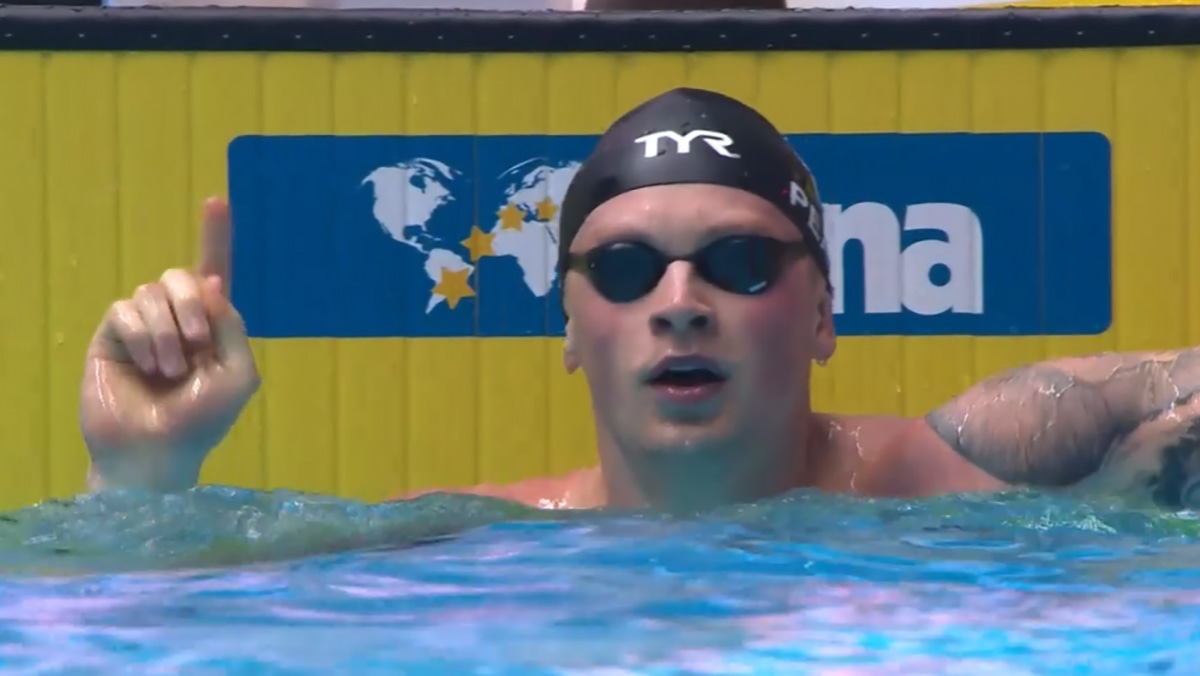 “I obviously ran out of opportunities here, so I’ll just enjoy it, enjoy the moment.

“I think for the Olympics next year, I have got a lot of learning to do, a lot of pacing to do.

“Instead of going a little bit crazy in the semi-final, maybe I need to hold back the guns and let the emotions out in that final.” 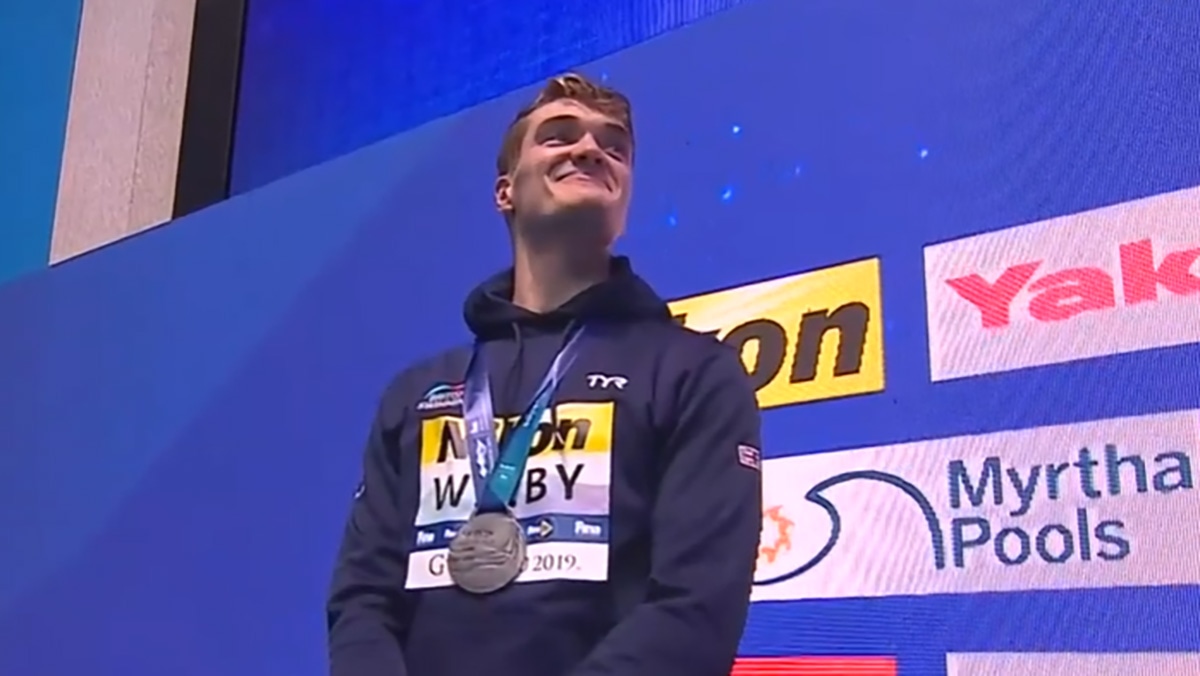 Wilby’s time was 0.18 seconds quicker than his previous 100m Breaststroke time of 58.64 that he set in the European Championships in Glasgow last year as he won his first World Championships medal.

“After the Commonwealths and Europeans last year this was always the next major international and the one last stepping stone towards Tokyo, so I’m really happy to get that silver medal and a Britain one-two means an awful lot to us as well.

“After the World Championships in 2017, which was a bit of a shock for me as I wasn’t quite fully prepared for it mentally, I sat myself down and thought ‘right, I’m not going to be in this game forever, so it’s time to go’.

“I just really got myself motivated and have been keeping it going ever since and constantly learning.

“It’s hard to describe the set-up we’ve got in Loughborough with an amazing group of staff. It’s individual races, but it’s a team effort at the same time, as I couldn’t do a single thing without any of them behind me doing their various things.”