A group of 17 talented young swimmers have been selected as part of the Swim England Performance Squad for 2019-20.

European junior silver medallist, Honey Osrin, is among eight athletes to be promoted to the squad for the first time, while open water swimmers Nathan Hughes and Maisie McCartney have retained their places.

Osrin is one of three British representatives from the 2019 European Junior Championships in Kazan to be selected, alongside Mia Slevin and Sophie Freeman.

The seven men and 10 women have been rewarded for their performances on the national and international stage over the last 12 months, showing potential ahead of the 2022 Commonwealth Games in Birmingham, the 2024 Olympic Games in Paris, and beyond.

The Performance Squad is the pinnacle of the Swim England Talent Pathway and supports swimmers to reach their future international potential.

The athletes will have opportunities to train and compete abroad, with the ultimate aim of securing qualification for a major international event in the future.

The road to success 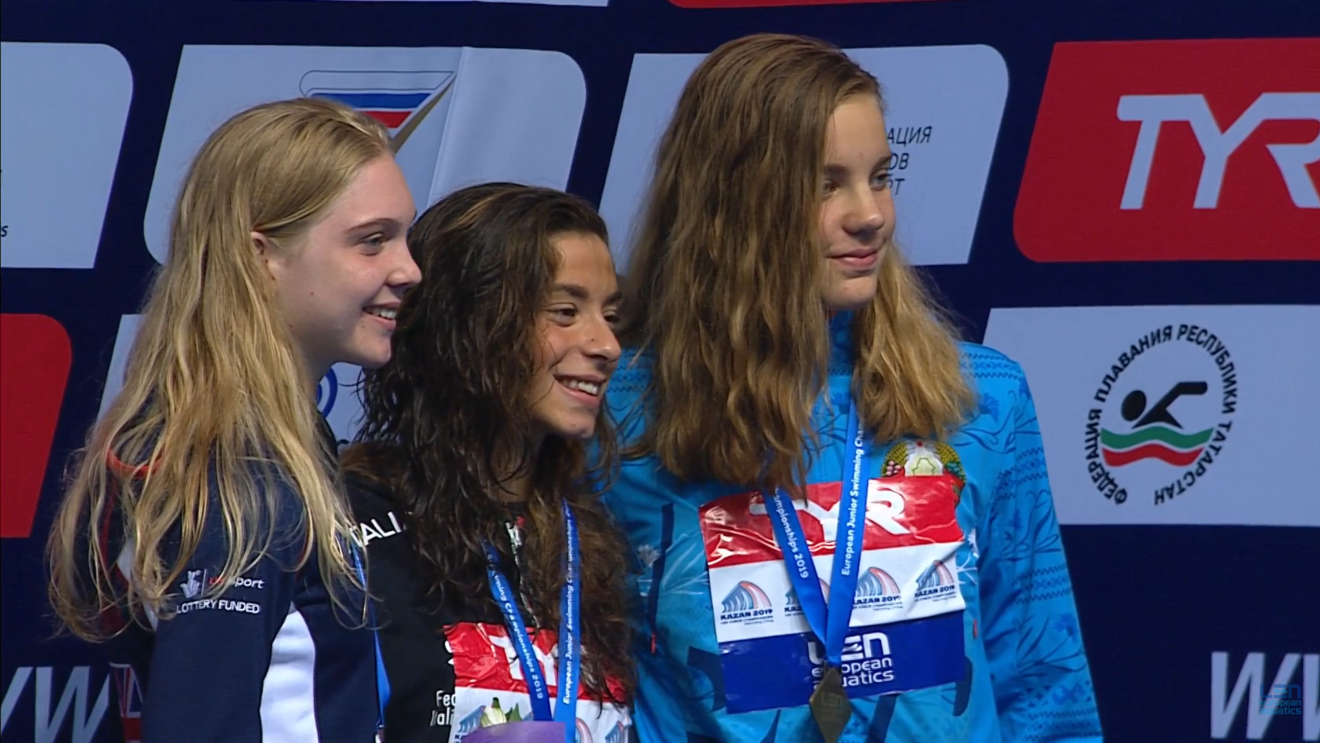 They will be supported by four Swim England coaches, who will provide a bespoke programme and philosophy for each individual athlete.

Grant Robins, Swim England’s Head of Talent Swimming, said: “These talented swimmers have a great opportunity to prepare for the challenges of international competition.

“They have displayed excellent skills and behaviour thus far in their careers and I feel strongly that they have the potential to compete for England or Britain at multi-sport games in the coming years.

“The Swim England Performance Squad helps swimmers to identify and enhance their performance behaviours and skills, so this season will be a valuable learning curve.”

The 17 swimmers will work towards closing the gap and attaining a place on the British Swimming World Class Programme in the future.