Seven English youngsters have been recognised for their success on the international stage in 2019, selected for the first time as part of the British Swimming World Class Programme for the 2019-20 season.

British Swimming selected the squad of 48 swimmers – including 34 English athletes – based on past and current performances, as well as their potential to win medals at the 2020 Olympic Games in Tokyo and beyond.

Whittle and Mildred were also on the podium at the European Junior Swimming Championships in Kazan, part of the Men’s 4x100m Freestyle relay team which won bronze.

Leicester Sharks swimmer Glenister won bronze in the 400m Individual Medley at the World Junior Championships as part of a brilliant campaign which saw her set four new personal bests.

British Swimming National Performance Director, Chris Spice, said: “Our junior swimmers continued to impress against the best in the world and a number of those involved in strong performances across the European and World Junior Championships have been rewarded with a place on the World Class programme for the next 12 months.

“For some of the younger athletes, they will be on a longer journey toward Paris and we look forward to working with them and developing them to be the best they can be over the coming years.” 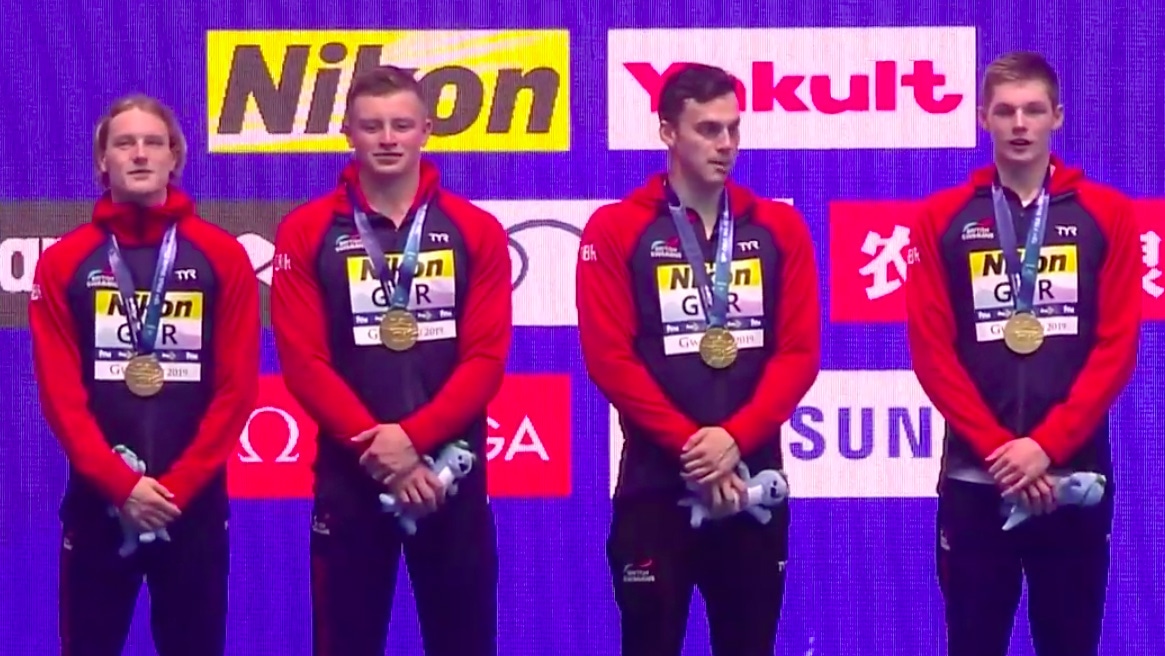 Meanwhile, 2019 FINA World Championships medallists Luke Greenbank, James Guy, Adam Peaty and James Wilby have been named in the Podium tier, featuring a group of medal hopefuls for next year’s Olympics in Tokyo.

The British swimming team won six medals at the 2016 Olympic Games in Rio and will be hopeful of improving on that in Tokyo.

Spice added: “The programme has enjoyed another strong year, culminating with our swimmers winning seven medals at the World Championships in Gwangju, three of which were gold.

“The WCP is not an end in itself and we know we must improve from where we were at the World Championships in Gwangju if we want to meet all our targets for next year.”