Kayla van der Merwe took more than a second off her personal best time to close out her impressive World Junior Swimming Championships campaign with a fourth place finish in the Women’s 200m Breaststroke.

The Brit has shone in Budapest, winning silver over 50m and bronze in the 100m final.

She was an outside chance of winning her third medal of the week on the final day of competition, having qualified seventh fastest to go from lane one.

The Winchester City Penguins swimmer made a strong start and had a slender lead at the halfway mark.

Van der Merwe was in fourth place at the final turn, just half a second behind leader Evgeniia Chikunova.

The 16-year-old didn’t fade over the final 50m and made a valiant push to finish on the podium.

But she was just edged out by Japan’s Mei Ishihara, settling for fourth place in a new PB of 2:25.27.

Van der Merwe has cemented her status as one of British swimming’s rising stars with her performances on the world stage, having already made a statement by winning three medals at the European Junior Swimming Championships last month.

Charlie Brown broke the two minute barrier in the Men’s 200m Backstroke for the first time in his life as he finished fifth in the world.

The City of Sheffield swimmer set a new personal best time of 1:59.36 in the heats and although he couldn’t match that time in the final, he again went below two minutes to claim fifth place in 1:59.57.

Brown will be pleased with the way he closed out the Championships, having finished 25th in the 50m Backstroke and 10th in the 100m. 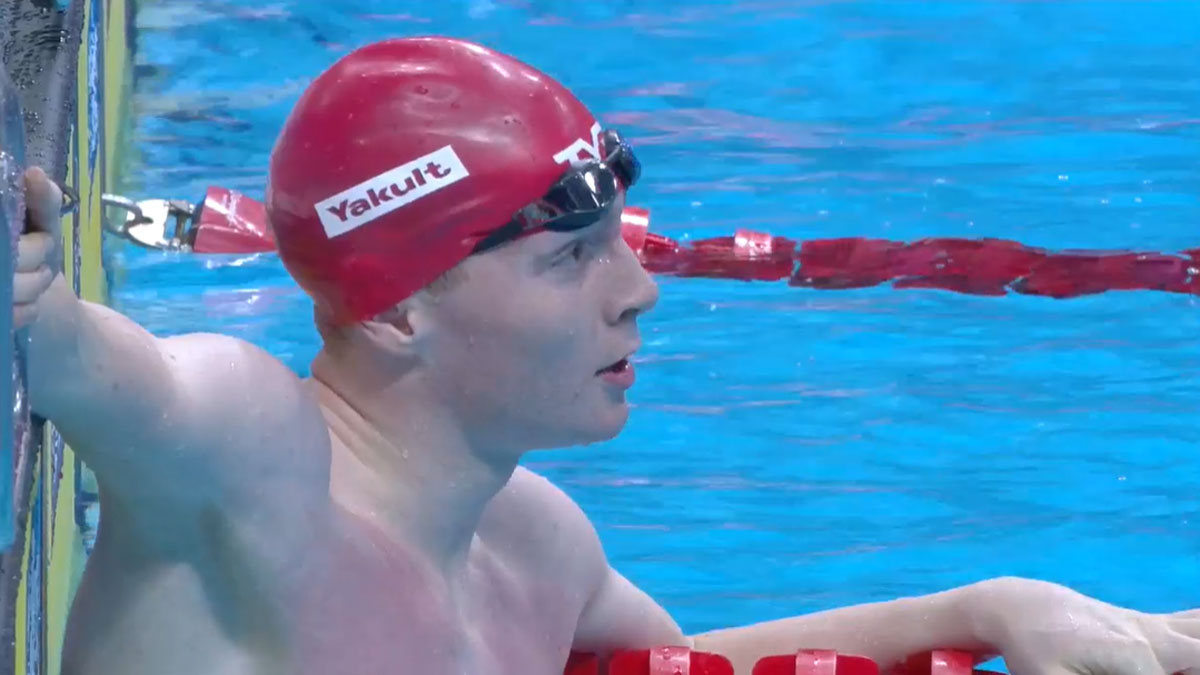 In the Women’s 200m Freestyle, Rachel Anderson and Honey Osrin both finished inside the top half of a competitive field.

The City of Leicester swimmer touched the wall in 15:41.70, almost 20 seconds shy of the lifetime best he set at the British Championships in April.

Bell’s best performance of the week came in the 800m Freestyle as he finished 17th overall.