After being crowned European champion in the 100m Breaststroke earlier in the year, van der Merwe set her fastest 50m Breaststroke time (31.47) in the same competition, finishing fourth in that race.

But the 16-year-old set a new lifetime best yet again as she finished in the 30s for the first time after clocking 30.91 in Budapest.

Not only was it her lifetime best performance, but it was also a new British age group record. The previous best was held by Loughborough swimmer Imogen Clark, with her time of 31.04 back in 2015.

The Winchester City Penguins swimmer is now the seventh fastest British female in the 50m Breaststroke behind the likes of Imogen Clark and Sarah Vasey, who are currently the top two.

There was only 0.01 seconds between silver and bronze, with the Brit getting there just in time. 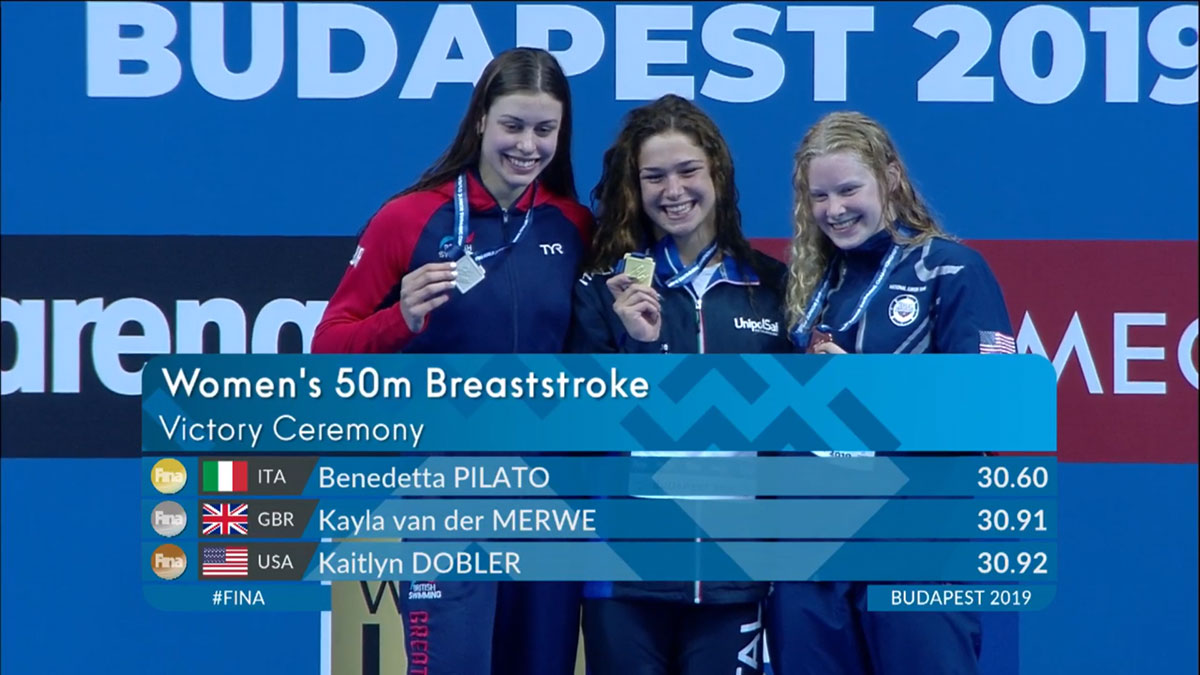 Another British finalist was Archie Goodburn, who swam in the Men’s 100m Breaststroke final. He qualified with a time of 1:01.03.

However, with a slightly slower swim than his semi-final performance Goodburn missed out a spot on the podium, but it was a good performance nevertheless.

He finished in joint fifth position with Swim Ireland’s Eoin Corby, both recording a time of 1:01.16.

Russia’s Vladislav Gerasimenko was the only swimmer to go under the minute mark with his time of 59.97 earning him the gold medal.

Meanwhile two medals went the way of the USA, with Josh Matheny (1:00.17) and Kevin Houseman (1:00.55) taking the remaining podium places.

Goodburn also missed out on a place in the Men’s 200m Individual Medley final after his semi-final time of 2:06.06 meant that he failed to qualify.

Similarly, Pia Murray and Honey Osrin didn’t manage to make it to the final of the Women’s 100m Backstroke, which was won by Canada’s Jade Hannah.

In the Women’s 800m Freestyle, both Michaella Glenister and Rachel Anderson swam superbly despite not bringing home a medal.

Glenister, who won bronze on the opening day of the World Junior Swimming Championships with a personal best time in the Women’s 400m Individual Medley, did just the same in the 800m race.

The Leicester Sharks swimmer shattered her previous best by a huge eight seconds, finishing in 8:43.74.

Although both 17-year-olds were first and second in their heat, they missed out on the medals. 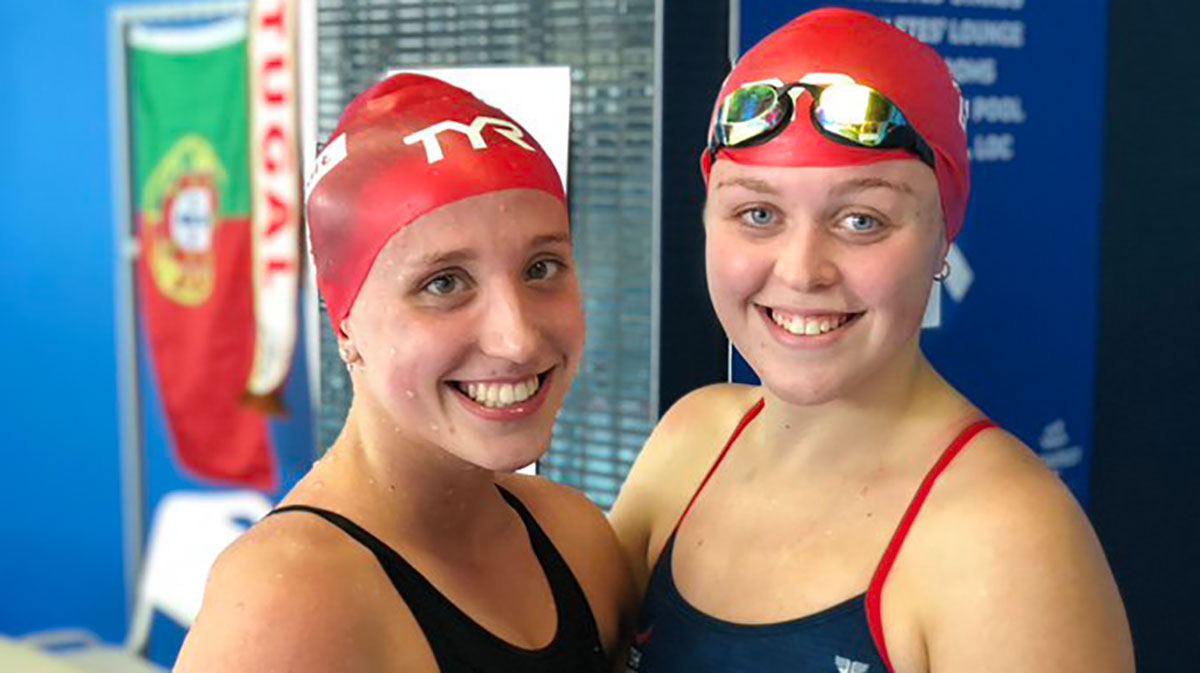