The Winchester City Penguins swimmer had qualified third fastest in 1:07.96 in the Women’s 100m Breaststroke semi final – shattering her previous record by 0.60 seconds.

But on the final day of the championships in Kazan, Russia, van der Merwe was in scintillating form and knocked a further 0.84 seconds off her semi-final time to top the podium in 1:07.12.

She said: “It was really exciting, before and during the race.

“I didn’t expect this gold as our focus is not on this meet but rather on the World Championships so this win is simply awesome.”

It was van der Merwe’s third medal of the championships after she won a bronze in the Women’s 200m Breaststroke and was part of the Women’s 4x100m Medley team that also finished third. 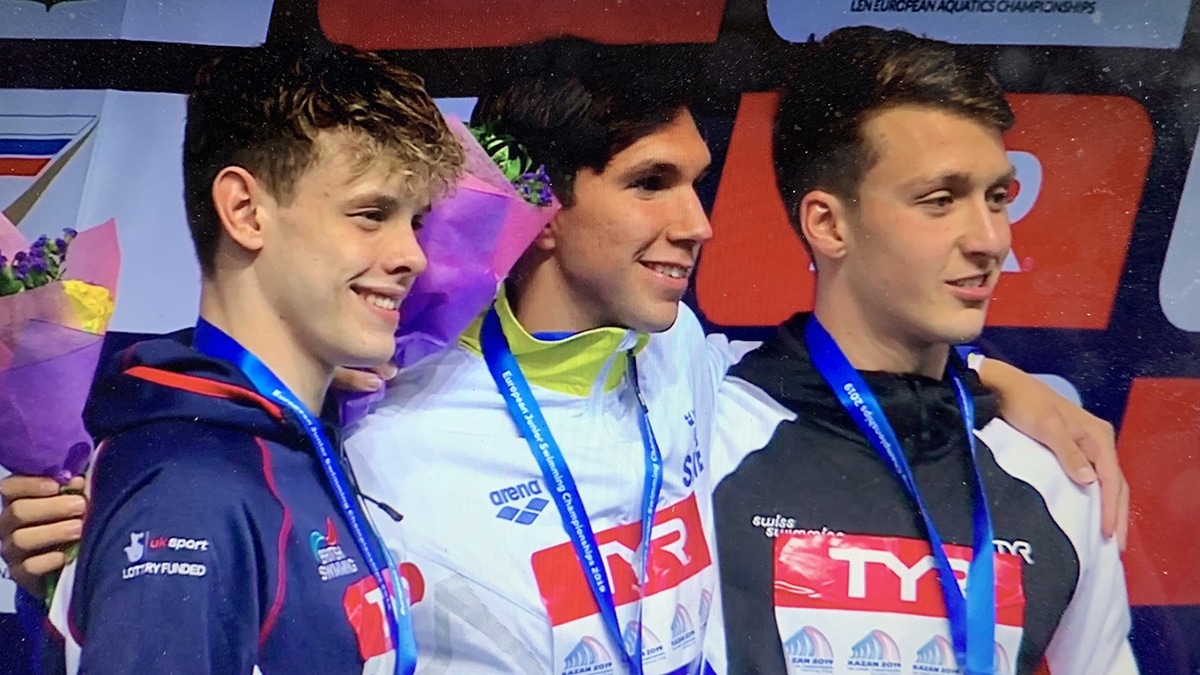 Britain’s other gold medallist of the competition, Matt Richards, added a silver to the British tally on the final day.

Richards, who triumphed in the Men’s 100m Freestyle race, was third going into the final 50m but touched home 0.03 ahead of Switzerland’s Antonio Djakovic, who took the bronze in 1:47.26. 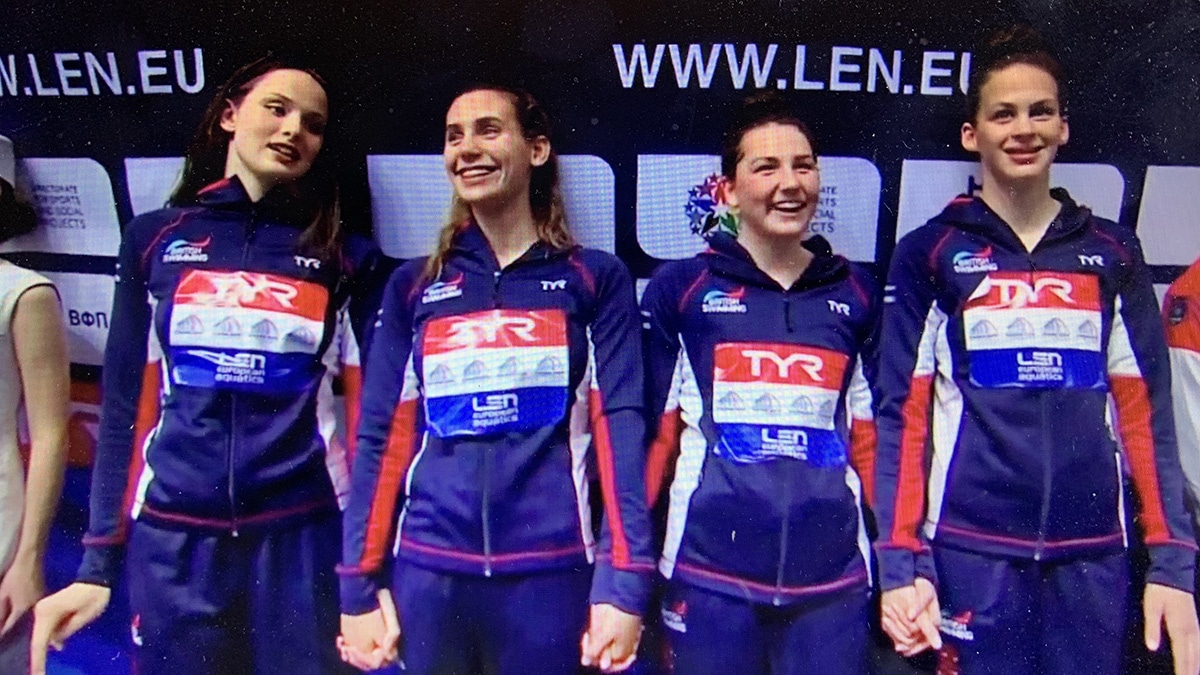 Near misses on final day

Katie Shanahan missed out on a European Junior Championships  by the narrowest of margins.

After winning bronze in the Women’s 400m Individual Medley on the opening day of the competition, she touched home in a time of 2:14.55 to finish fourth in the 200m race.

Charlie Hutchinson was also a whisker away from a medal in the final of the Men’s 400m Individual Medley.

Sophie Yendell was also fifth in the Women’s 50m Butterfly after recording a time of 27.16.