The Welshman, of The Royal Wolverhampton School, was third at the turn, but chased down his rivals to win in an impressive personal best time of 48.88s.

That was Richards’ second medal of the week, following the 4x100m relay bronze he won on the opening night.

14-year-old Jacob Whittle placed seventh in the final and will be pleased with another rapid swim.

The talented Derventio Excel swimmer dipped under 50 seconds for the first time in the semi-finals, and touched the wall in 50.01s in the final. 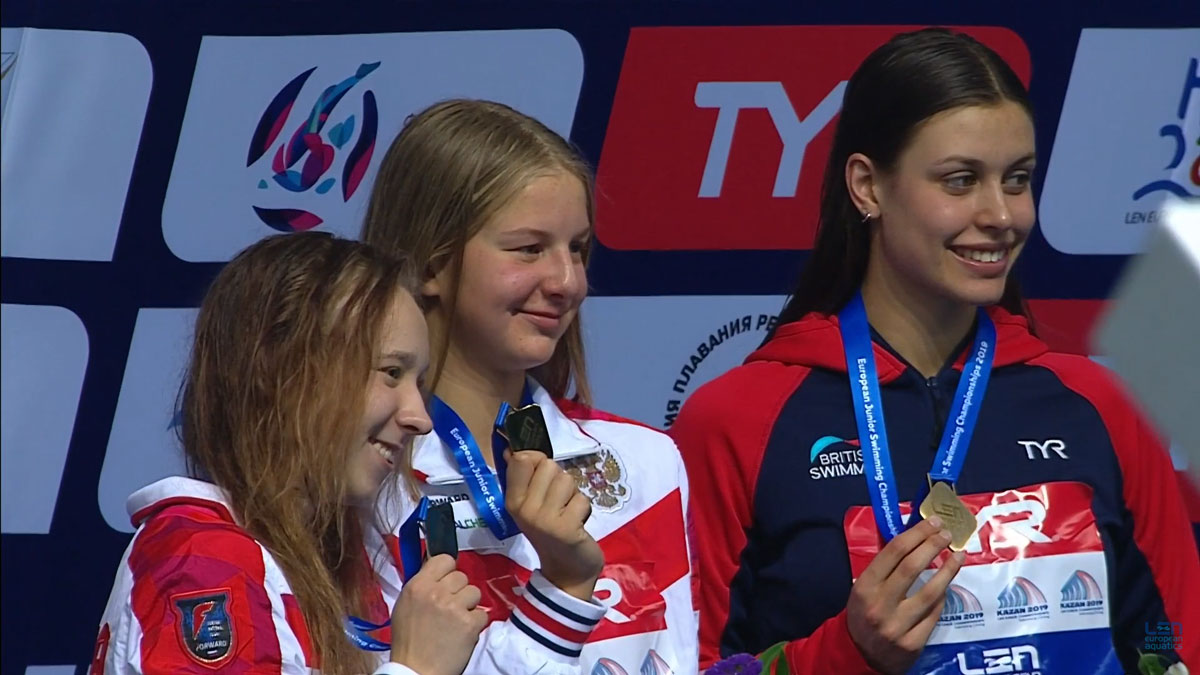 Kayla van der Merwe had earlier added to the team’s medal haul, picking up bronze in the Women’s 200m Breaststroke.

The Winchester City Penguins swimmer was in contention throughout the race and as eventual winner Evgeniia Chikunova strode away comfortably, van der Merwe kept pace with the challengers to hold off Finland’s Laura Lahtinen.

Her time of 2:26.55 was a significant personal best and will fill her with confidence ahead of the World Junior Championships in Budapest. 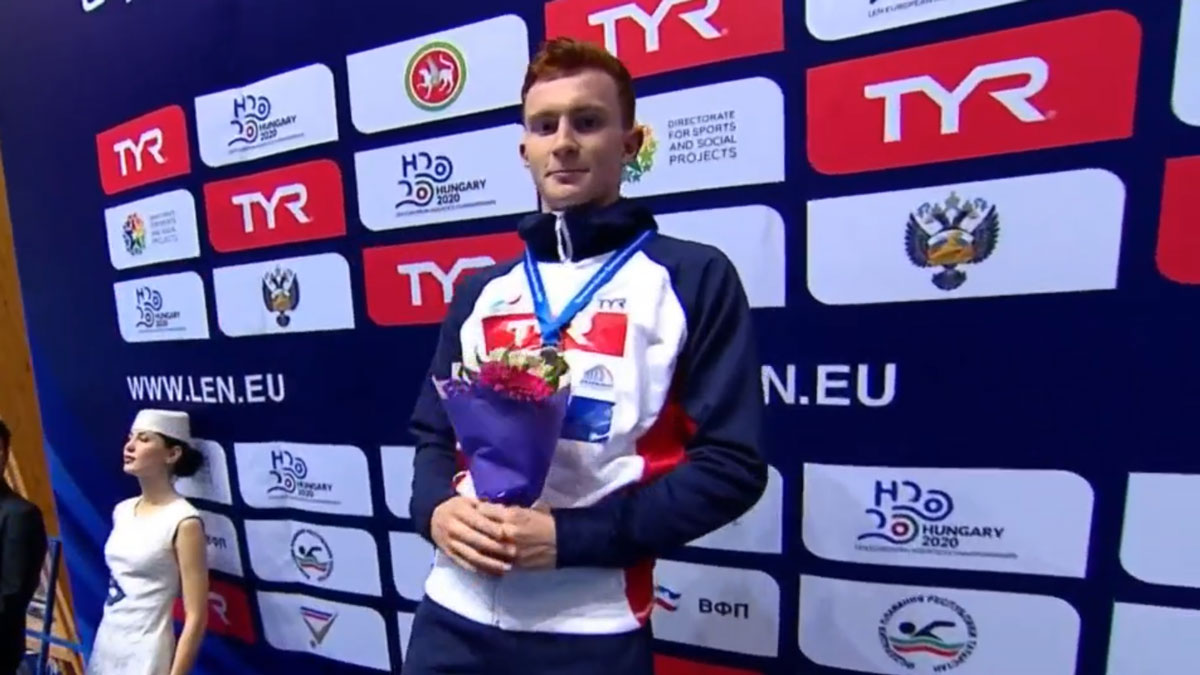 The Scot was second in 27.89s, while Mount Kelly’s Oliver Taverner was eighth in the final. 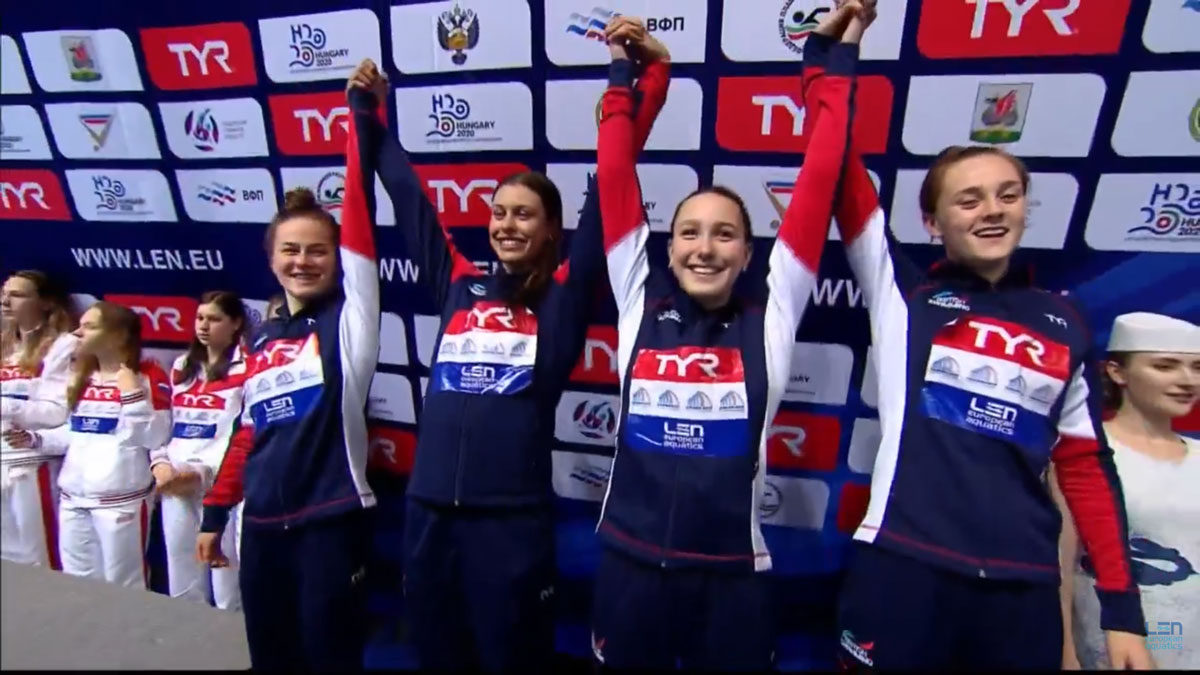 The Women’s 4x100m Medley team capped off a brilliant night for Britain by holding off France to win bronze.

Ellesmere College Titans’ Pia Murray, van der Merwe and City of Leicester’s Maisie Elliott had the team in third place after each of the first three legs.

15-year-old Evelyn Davis, of Bromley SC, also stepped up to the plate on the final leg, helping Britain finish third in 4:06.48.

Medi Harris had helped the team qualify for the final as they finished first in their heat in the morning.

The championship record, previously held by Britain, was trumped by winners Russia, who took more than half a second off the previous best time.

Mildred at his best

Edward Mildred’s impressive week in Kazan continued as he finished fourth in the final of the Men’s 200m Butterfly.

The Northampton swimmer was part of the bronze medal-winning relay team and produced another standout performance.

Mildred was sixth at the final turn, but stormed home to finish with a new personal best of 2:00.23, 0.04s quicker than his semi-final mark.

Glenister – who will head to Budapest for the World Junior Championships – was seventh in the fastest of the three heats, finishing in 16:50.68.

Barnet Copthall’s Fleur Lewis was fifth in the second heat, touching the wall in just over 17 minutes.