The 17-year-old had qualified second fastest for the final of the Women’s 400m Individual Medley and she stormed home to win a bronze medal in 4:39.35.

That time was eight seconds quicker than Glenister’s lifetime best heading into the Championships in Budapest.

The Leicester Sharks swimmer kept pace well with the field over the first half of the race, aware she could make up ground with her more favoured strokes in the breaststroke and freestyle legs.

Home favourite Eszter Szabo-Feltothy looked to be standing between Glenister and a medal as the Brit touched the wall in fourth place at the final turn.

But Glenister surged superbly over the final 50 metres, storming home to win bronze and only narrowly missing out on the silver medal by 0.20s.

She will hope that result provides the perfect platform for her packed schedule this week, which also features the 400m, 800m and 1500m Freestyle. 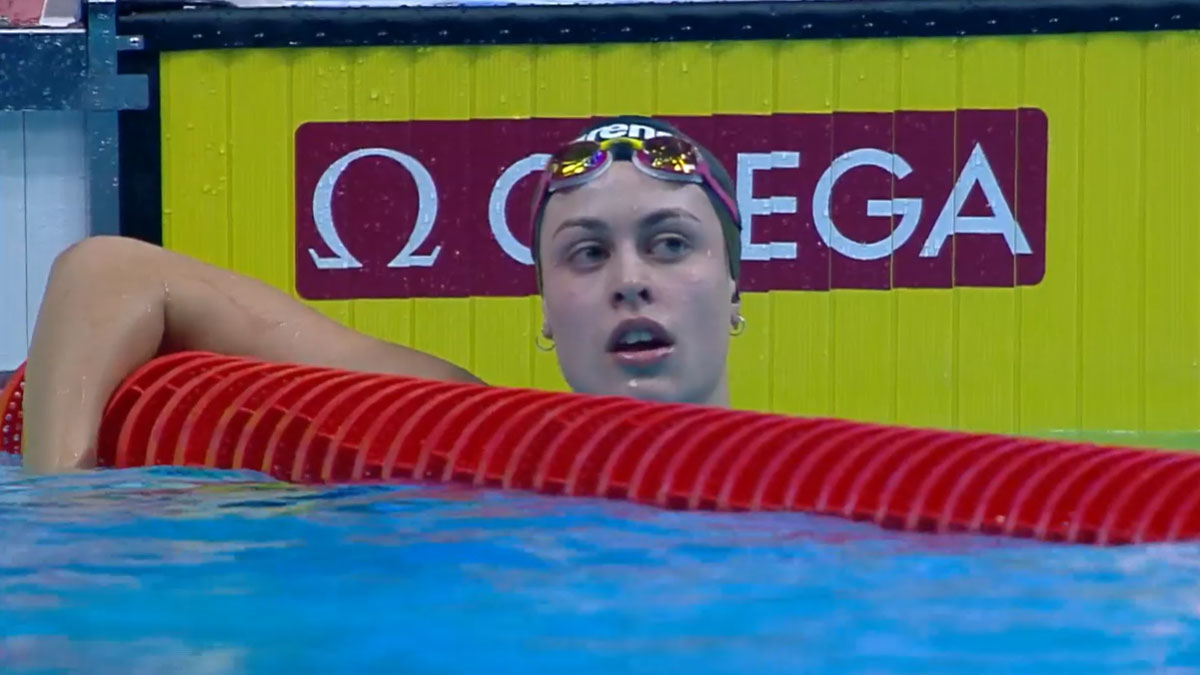 The Winchester City Penguins swimmer always looked set to comfortably qualify from the first semi-final, but she surged to the wall to make an early statement.

Van der Merwe’s time of 31.22 was 0.09s shy of her heat time and she will be confident of challenging for a medal on Wednesday.

The 16-year-old headed to Budapest in brilliant form, having won three medals at the European Junior Championships last month, including gold in the 100m Breaststroke.

She may have an added dose of motivation in this event, though, having just missed out on a medal in Kazan.

Archie Goodburn secured his place in the final of the Men’s 100m Breaststroke with a confident semi-final swim.

The Scot was one of the quickest qualifiers from the heats and was just 0.02s slower than his morning swim as he finished third in 1:01.03.

Goodburn, who won silver over 50m at the European Junior Championships, is ranked fifth heading into Wednesday’s final.

Charlie Brown made a significant improvement in the Men’s 100m Backstroke semi-final, but fell just short of a place in the final.

The City of Sheffield swimmer finished fifth in the first semi-final in a time of 55.04s, 0.74 quicker than his heat swim.

Duo improve but miss out on final

Murray, of Ellesmere College Titans, touched the wall in seventh place in the first semi-final, clocking 1:02.59.

Plymouth Leander’s Osrin was eighth in the other semi in a time of 1:02.63.

Both Murray and Osrin had improved on their heat times and will return for the 200m Backstroke.