Both swimmers set new personal bests in the heats to qualify as the two fastest finalists, but they were certainly tested as the entire field put on a show for the crowd at Ponds Forge.

Less than 0.2s separated the first four swimmers at the halfway stage, setting up a grandstand finish.

City of Sheffield’s Elliot Clogg and Loughborough’s Harry Constantine fancied their chances of challenging for a medal down the final stretch, with up to four swimmers vying for bronze.

But there was no catching Irvine, who again smashed his PB, clocking 48.18s to win gold, with Bowen claiming the silver medal in 48.54s.

That was Irvine’s second gold of the Winter Championships, having helped Loughborough Uni win the Men’s 200m Medley Team title on the opening day.

He said: “I’m really pleased with that tonight, it was a best time for me which I’ve not been close to in about two years, so I’m really happy with that.

“I think my mental approach is what’s helped me get back to this speed.

“It’s a bit of a strange answer but I’m just really confident at the moment.

“Last year I would say I didn’t have the belief that I do this year. I had an injury last year and I just struggled to get back into it mentally and then over summer I had some time off, had time to think about it and reset.

“Then I came back, clean slate in September and I’ve just built on that up until now. Individually, my big focus now is [Olympic] trials in April.

“I’d love to swim a best time at long course and get in the final, maybe a few finals – that would be fantastic.

“It was brilliant to have Alex [Bowen] on the podium with me. It was the other way around yesterday but obviously we train together, we’re the only two boys in our squad actually so we’ve got a good friendship and we push each other every day so it’s a really good thing to have.”

In an eventful finish, Clogg won the bronze medal in 48.80s, just 0.15s ahead of sixth-placed Jarvis Parkinson, of Chelsea and Westminster.

The two juniors in the race – Loughborough’s Archie Goodburn and Derventio’s Jacob Whittle – again impressed as they clocked 49.06 and 49.14 respectively.

15-year-old Whittle had broken the British junior record in the heats with a time of 49.05s and continued to show his promise with a mature performance against more seasoned competitors. 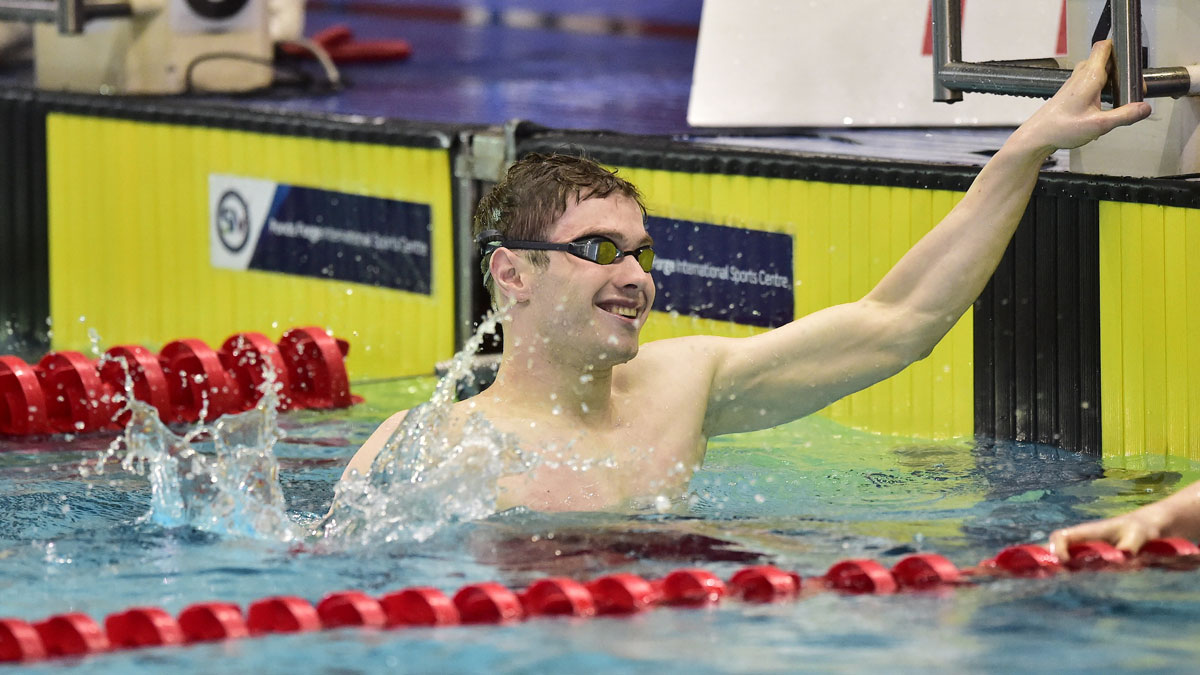 Jay Lelliott continued his winning start to the Winter Championships, adding the Men’s 200m Backstroke title to the 400m Freestyle gold he won on the opening day.

The City of Sheffield swimmer cruised into the final as the fastest qualifier, despite going more than three seconds slower than his personal best.

But that season’s best swim in the morning clearly filled Lelliott with confidence and he produced a stellar swim when it mattered most.

Lelliott led from the start and was more than one-and-a-half seconds clear with 50 metres remaining.

Although his opponents closed the gap slightly, the 24-year-old was in total control as he clocked an impressive time of 1:52.73, just 0.34s shy of his PB.

Lelliott said: “I think one of the things I’ve done really well so far is that I’ve got a base behind me, and it’s shown that I’ve got the speed.

“But the one thing I’m missing is that back end and what I really find works for me in training is a lot of back end work.

“In training it’s been similar, so I know that it’s there and it’s something I can change, which is confidence, so I’m really happy with that if I’m honest.

“There’s positives to take from every race and I’m disappointed with the time, I’m not going to lie.

“I wanted to go quicker tonight but it’s just different ways of swimming a race and there’s a lot of positives.”

All eyes quickly turned to the battle for silver, as Loughborough University teammates Daniel Cross and James McFadzen went stroke for stroke down the final length.

Cross closed down McFadzen to win silver in 1:53.70, with the latter just 0.05s behind to take home the bronze.

Wycombe District’s Cameron Brooker was fourth in 1:56.14 as he was crowned junior champion, with City of Birmingham’s Jacob Davies and Team Bath’s Mark Edmundson winning junior silver and bronze respectively. 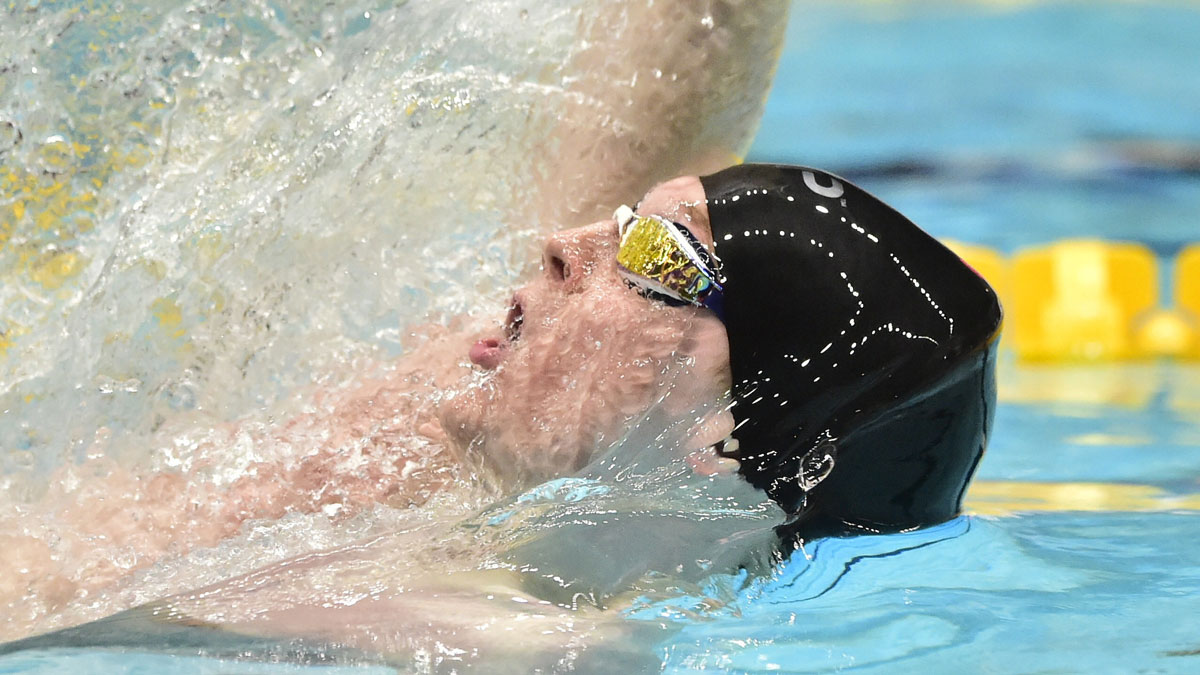 Howdle, the British long course champion in this event, went almost half a second quicker than he did in the heats, winning by 0.74s.

There was a tense finish for the other medals, with Plymouth Leander’s Thomas Beeley beating Poole’s Jacob Peters by just a tenth of a second to win silver.