Summers-Newton shatters her own world record to take Dublin gold

Maisie Summers-Newton shattered her own world record as she stormed to victory on day three of the World Para-swimming European Championships.

The 16-year-old Northampton Swimming Club member clocked 1:33.63 in the SB6 100m Breaststroke in Dublin to take the gold medal ahead of Great Britain team-mate Ellie Simmonds.

Summers-Newton led from start to finish and knocked 0.29 seconds off the world record she set in Sheffield in May.

Simmonds, who was third at the turn, touched home in second in 1:41.56, with Ukraine’s Viktoriia Savtsova winning the bronze medal in 1:41.93.

But they could not keep up with an impressive performance from Summers-Newton, who claimed her second European title of the competition after already triumphing in the SM6 200m Individual Medley. 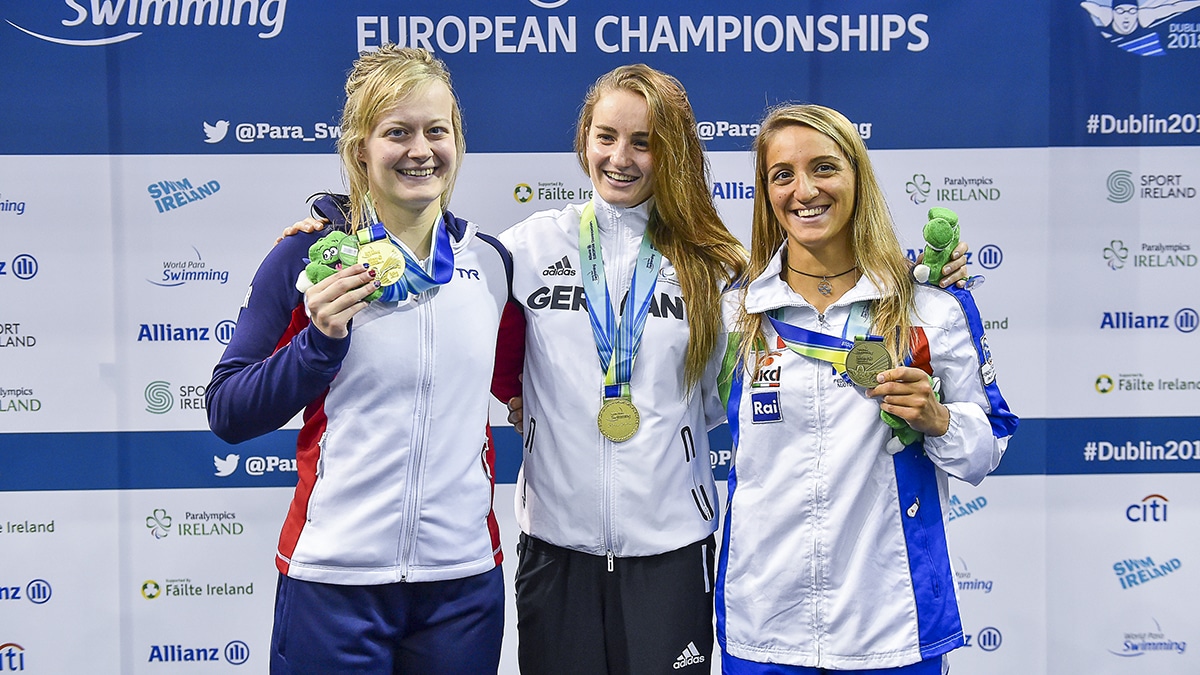 Hannah Russell was crowned S12 50m Freestyle champion after finishing in a dead heat for the gold medal.

The 22-year-old City of Manchester Aquatics Team swimmer was involved in a thrilling dash for the wall with Germany’s Elena Krawzow.

And they could not be separated as they both touched home in 27.94 to share the title.

Jordon Catchpole claimed a silver medal as he set a new British record in the S14 Men’s 100m backstroke.

The 18-year-old City of Norwich swimmer led at the halfway stage but Holland’s Marc Evers took the gold medal in 1:01.25. 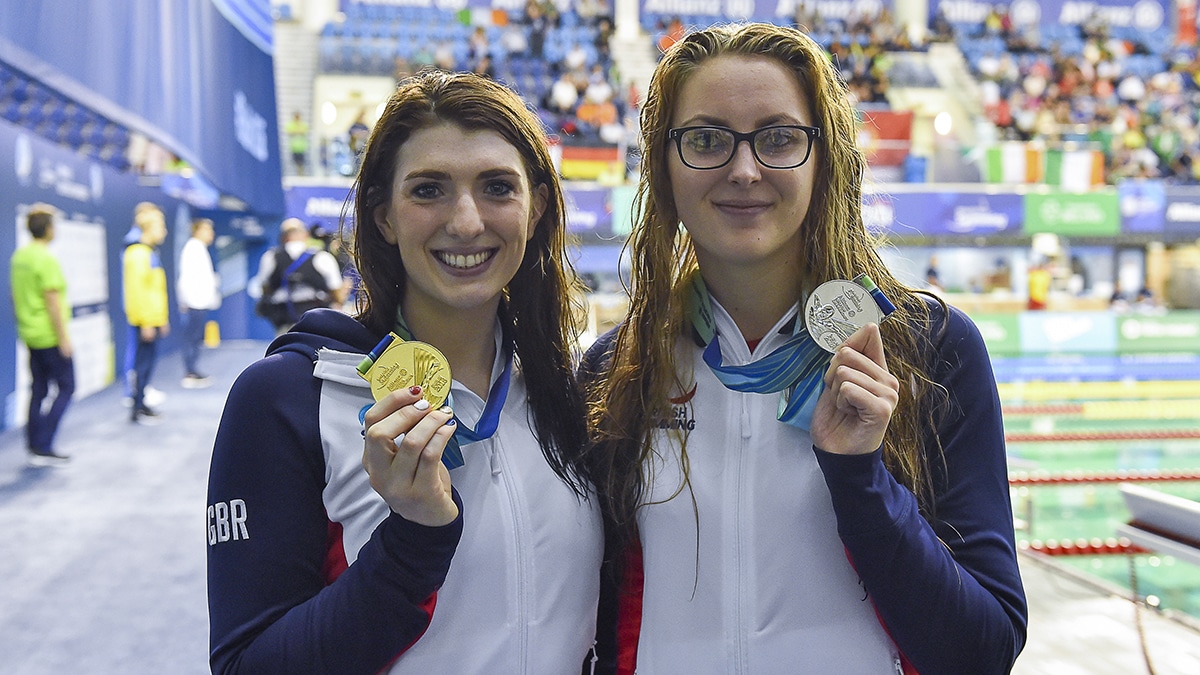 Applegate finished in 1:07.38 to take the silver medal – 3.15 seconds behind her Great Britain team-mate, Northern Ireland’s Bethany Firth who clocked 1:04.23 to top the podium.

Megan Richter added a seventh medal of the night for Great Britain in the SB7 100m Breaststroke.

The Orion Swimming Club member finished in a time of 1:42.86 to win the bronze medal.

And 15-year-old Toni Shaw won a silver medal for Great Britain in the final race of the night.