There were some thrilling finishes in the Men’s 50m Freestyle at the Swim England National Summer Meet as two races went down to the wire.

The 15 Years and 16 Years contest saw the top two separated by the narrowest of margins – 0.01 seconds.

City of Cambridge’s Sebastain Vandermeer was victorious in the 14 Years event in a time of 24.84, with Seals RSA’s  Jacob Armon claiming  a commemorative silver medal for finishing in 24.85.

The Swim England National Summer Meet silver was presented to Basildon Phoenix’s Lewis Binning, who finished in 25.40, while Worcester’s Louis Doyle won the bronze in 25.41.

The bronze medal was won by Sevenoaks swimmer Nathaniel Rodrigues, who clocked 24.80.

Exeter City’s White finished in 23.77 to seal his place on top of the podium, with Woking’s Ferguson narrowly behind in 23.87.

Halesowen’s Jack Simpson was third in 24.34.

Two commemorative medals were awarded in the 18 Years and over event.

Denmark’s Kevin Witt Christensen was first home in a time of 22.92, with his compatriot Jonas Kistorp second in 23.90.

That was 0.8 seconds ahead of Bromley’s Edward Sellars, who claimed silver in 25.89, with Worcester’s Daniel Day third in 25.96.

S14 swimmer James Edwards, Calne Alpha, topped the podium with a points total of 596 after finishing in 1:18.81.

Jay McCabe went one better as she claimed her second medal of the Summer Meet.

The Derwentside S8 swimmer won a silver in the 100m Freestyle race but topped the podium in the Breaststroke event after scoring 568 points for her time of 1:33.16. 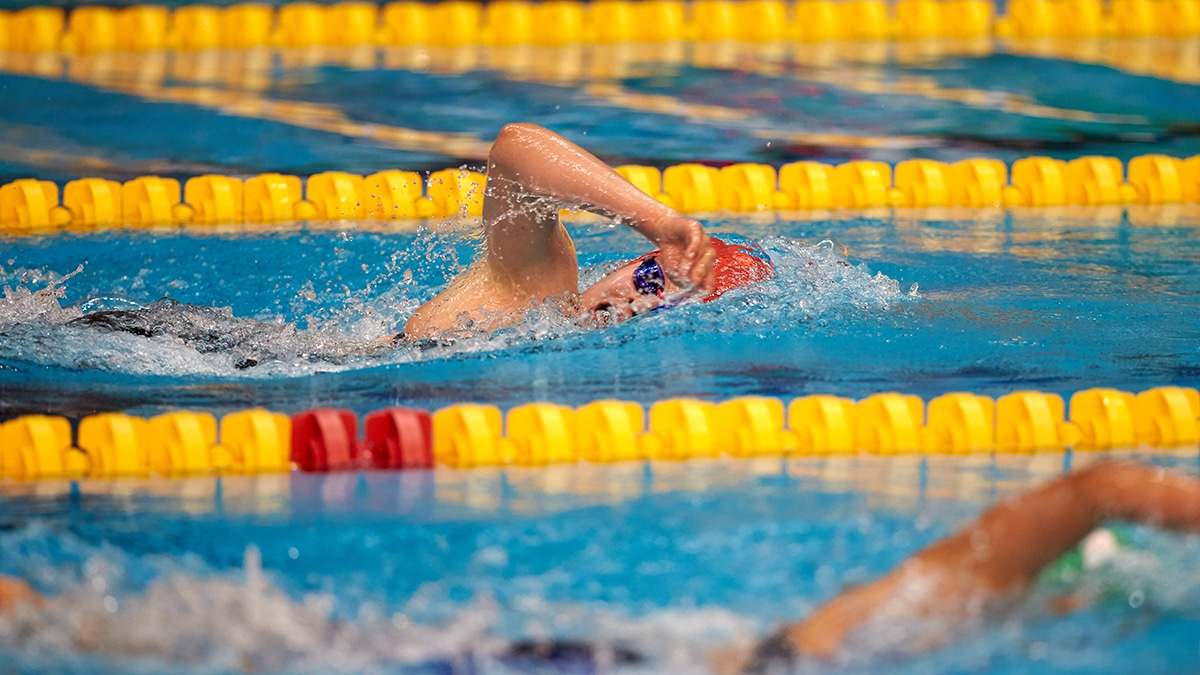 Grace Conroy took the gold medal on home soil in the 12-13 Years race.

The City of Sheffield swimmer was victorious at Ponds Forge in a time of 2:09.91.

Wycombe District’s Merissa Booth – who won gold at the National Open Water Festival in the 12 Years 2K race the day before – finished second in 2:10.18.

The bronze medal went to Nova Centurion’s Livia Kingsland in 2:10.86.

Just over half a second was between the top three in the 14 Years event.

In the 15 Years race, Sapphire Gabbani gave the home crowd something to cheer as she won the gold medal.

The City of Sheffield swimmer finished in 2:07.26, with Mount Kelly’s Scarlett Orchard close behind in 2:07.53 to take the silver.

Portsmouth’s Faye Francis was the bronze medallist in 2:08.64.

City of Peterborough’s Mia Leech cruised to victory in the 16 Years event.

City of Liverpool’s Jessica McDonough was third in a time of 2:06.71.

Two commemorative medals were won by guest swimmers in the 17 Years and over contest.

Denmark’s Marina Heller Hensen finished in 2:02.06 to win the race – more than two seconds ahead of her compatriot Maj Howardsen who clocked 2:04.26.

The Swim England National Summer Meet gold was won by City of Coventry’s Eva Vicary in 2:04.84.

Nova Centurion’s Mollie Wright was the silver medallist after finishing in 2:05.53, while Barnet’s Meghan Byrne took the bronze in 2:05.83.