Stephen Clegg has won Great Britain’s final swimming medal of the Tokyo 2020 Paralympic Games in what was a nail-biting finish in the Men’s S12 100m Butterfly.

The world record holder in this event faced tough competition in the form of Ramen Salei of Azerbaijan and Braedan Jason of Australia.

Clegg took the race out hard and was tied for second alongside Salei at the 50 metre mark with a split time of 26.33.

He edged ahead of the rest of the field after the turn and looked to be on his own World record pace with 25 metres left to swim.

In the end, a strong finish by Salei meant that he got his hand to the wall first in a time of 57.81 – just 0.06 ahead of Clegg who finished in the silver medal position with a time of 57.87. 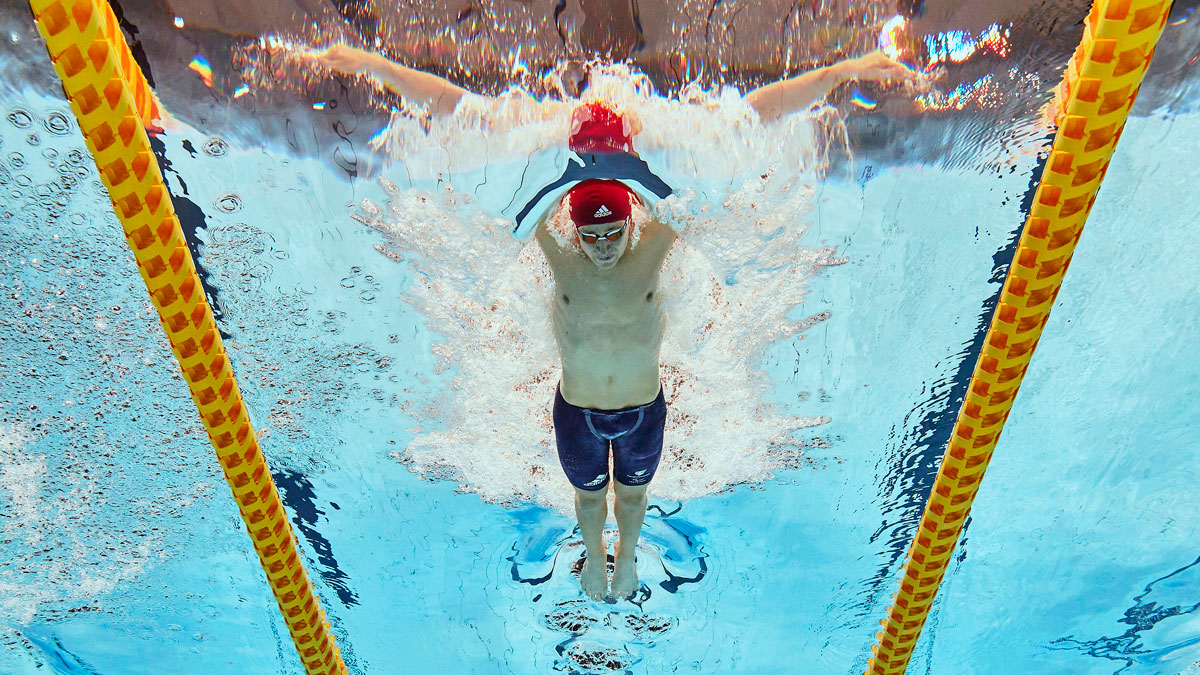 Speaking after his race, Clegg voiced his ‘disappointment’ saying: “I’d be lying if I said I wasn’t disappointed.

“I came here to win, I can’t really make any excuses. My preparation coming in was good for the fly. I can’t take anything away from Raman – it was an amazing race and he just held on better than me.

“It’s a bit heart-breaking knowing I was capable of much faster, and if I was anywhere close to my best that would’ve been a gold.

“But it’s whoever is best on the day, he was better than me today and you can’t say much more than that.

“I was quite far out on my turn and had a big glide in. It’s frustrating because even with the long glide, it was really good and so it could’ve been even better.”

Despite his disappointment, Clegg maintained that he will take learnings from the race and look to be better for the next Paralympic Games in Paris.

“I lost that race on the back end,” he said. “Not the first 50m. I’ve got to go away, look at that and see where I can make myself better for Paris.

“I want to thank everyone who has got me here. Even though it wasn’t the result that myself or the team wanted, I’ve come so far in the last five or seven years – I only started when I was 18.

“I wouldn’t be here without the team-mates and coaches I’ve worked with over the years.

“I really want to thank my coach Chris Jones at the University of Edinburgh and the university themselves. They’ve gone to the moon for me this last year and gave me all the pool time to get back in the water.

“My first coach, Bruce Halloran, who gave me my first chance, I wouldn’t be here without those people, they’re the ones who are really there for me and I know they’ll be there for me after this.

“I definitely want a Paralympic gold in my career – there’s no chance of me retiring any time soon.

“I’ll go away from this and come back with a vengeance in Paris.”