Britain’s Freya Anderson is relishing the opportunity to take on the world’s best at the FINA World Aquatics Championships which get underway on Saturday.

The eight-day event takes place in Budapest, Hungary inside the iconic Duna Arena and will be the first World Aquatics Championships in three years.

The 2022 World Championships is the benchmark in the start of a busy summer for Britain’s swimmers and the beginning of the three-year cycle ending at the Paris 2024 Olympics.

The British team contains a good blend of young talent with experienced championship performers including a number of Olympic champions from the history-making Tokyo 2020 Olympic Games.

Last time out, Great Britain claimed seven medals to mark one of their most successful World Championships over in Gwangju, South Korea in 2019.

Anderson also impressed on the world stage as she set some lifetime bests, and ahead of this year’s event the Olympic champion explained how much she’s looking forward to the competition.

She said: “It’s another opportunity to race the best in the world so I can’t really complain.

“Budapest has a really nice pool, obviously quite a lot of the British swimmers are familiar with it too after Europeans last summer.

“It’s a bit strange how this has been put into the calendar but it’s a great opportunity to get some world class racing in and I’m really looking forward to it.”

The crowd really does spur you on

Anderson, who took Olympic gold as part of the 4x100m Mixed Medley Relay team in Tokyo, is excited to take part in the same place where she made her World Championships debut back in 2017.

“Yeah, I love having a crowd there and it was Budapest in 2017 for the Worlds where there was around 10,000 people there and the crowds were amazing, one of the best that I’ve ever seen.

“So hopefully having that energy once again and having a crowd really does spur you on.”

Looking back on 2017, Anderson believes she’s come a long way since then and is full of confidence coming into this year’s championships.

“Back then I was really shy, it was my first team and I was taken back by everything.

“I was just going to experience the event because it was a bit of a surprise for me and my coach to make the team back then.

“Over the years I’ve been able to get to know the British team and I just feel a lot more confident and comfortable within myself as a person.

“It’s something I’m really looking forward to instead of being nervous for.”

Peaty will be missed

James Guy, another member of the 4x100m Mixed Medley Relay quartet from Tokyo, spoke about his friend Adam Peaty who was forced to pull out of the competition after sustaining a foot injury during his training camp.

Guy said: “Adam is a massive part of the team events but I think for the relays in Budapest we’ll get a lane for the final and we’ll put our best team forward for that.

“It would’ve been mine and Adam’s fourth worlds together and we’ve always shared a room so it will be different without him there.”

The double Olympic champion believes that Peaty missing out will drive him on to come back even better in the future.

“I think it might do him the world of good not being there. I think mentally it will make him a whole lot hungrier in wanting to get back into this and probably drive him a lot more towards Paris.”

Guy is still looking forward to the relays and is fully focussed on getting on with the challenge of winning another medal despite Peaty’s absence.

He said: “We’re not going to be down in the dumps because Adam isn’t here. We’re going to get on with it and see how fast we can go without him and see if we can challenge for medals.

“He’ll be missed of course, but we’ll get over it.” 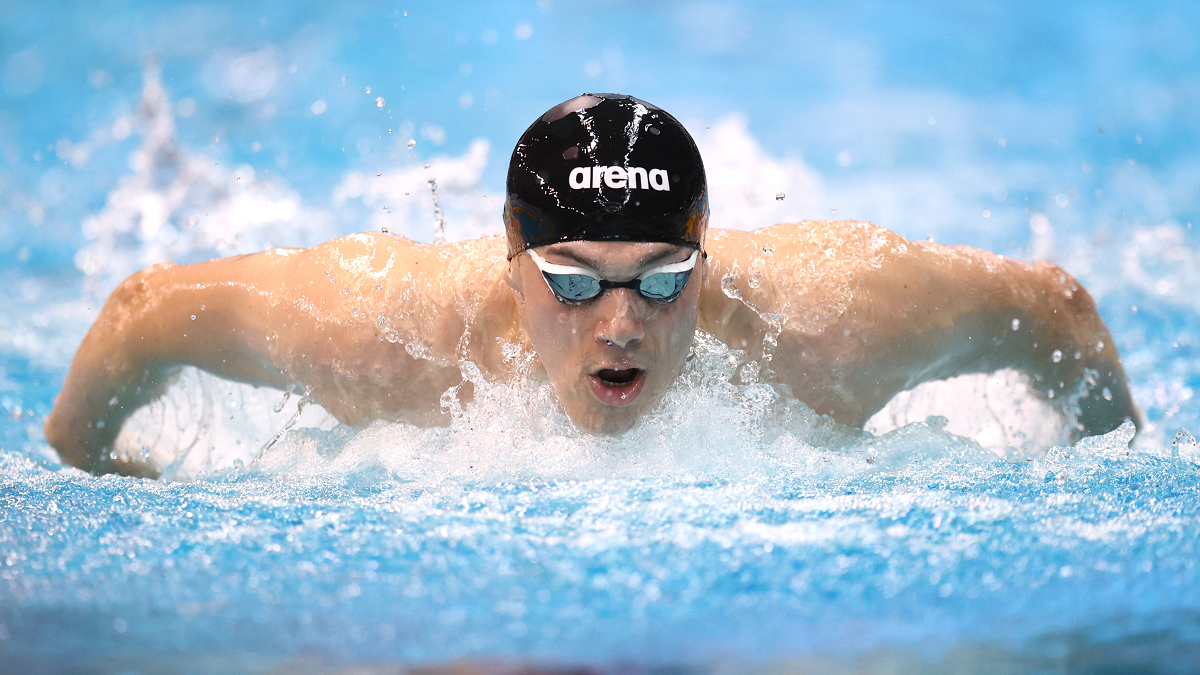 As well as the relay, Guy has had the chance to focus on some different individual events for this year’s World Championships.

With Tom Dean and Duncan Scott – who has now withdrawn from the competition – winning medals at the Games in Tokyo it secured their spots for the British team in the 200m Freestyle meaning Guy has been working on the butterfly more this season.

In Budapest, Guy will take part in both the 100m and 200m Butterfly and has been working hard to prepare himself for the events.

“One thing I’ve worked on a lot this year is endurance based butterfly,” Guy said.

“With all of the 200m Freestyle spots taken from Tokyo there was no point in me doing loads of freestyle this year.

“Obviously the 4×200 I’ll be a part of that, but it’s allowed me to focus on the fly route for the season we’ve had since January.

The swimming events at the FINA World Aquatics Championships run from the 18-25 June.

You can see the full Great Britain squad here.