City of Manchester crowned national champions in boys U15 competition

City of Manchester have been crowned Swim England Water Polo National Age Group champions after they secured a victory over the side from Worthing in the boys U15s final.

The team had a promising run throughout the competition, topping Group A in the group stages and winning all three of their matches.

In the final, a low scoring game showcased just how well matched the two sides were. Ultimately, it was Manchester who claimed victory after scoring a total of six goals while competitors Worthing scored three.

It was an exciting day of matchplay in Sheffield’s Ponds Forge, one that also saw Warrington winning the bronze medal match in a tightly contested game against City of Birmingham (9-6). 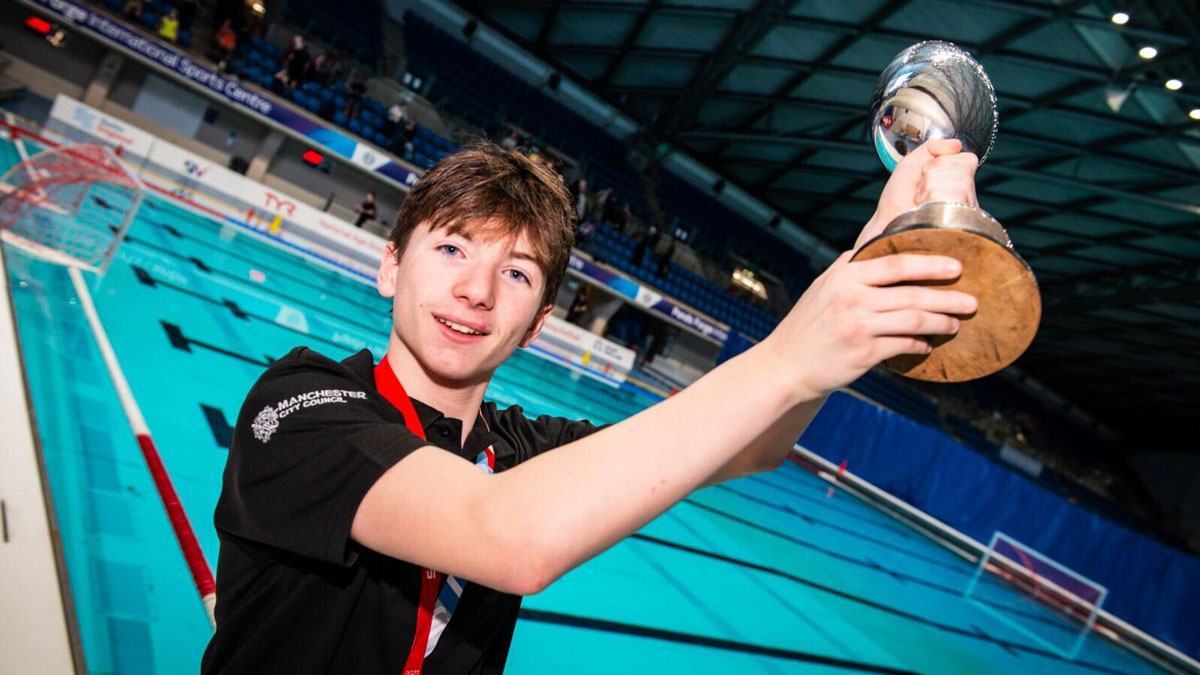 The group stages of the event saw the teams from the City of Manchester, Warrington, Worthing and the City of Birmingham topping each of their respective groups.

City of Manchester came out on top in Group A with their most impressive result coming in their game against Cwm Draig, which they won 13-1.

Group B was won by Warrington while the team from Worthing topped Group C with convincing wins over Grantham (21-2) and West London Penguins (22-0).

City of Birmingham topped the Group D Team, finishing with four points ahead of the play-off stages.

In the next stage of the competition, City of Manchester and Warrington went head to head in one pool while Worthing and City of Birmigham battled in the other.

In the first pairing, City of Manchester secured the win over Warrington by scoring seven goals to their competitors one.

The second match-up saw Worthing dominating the game from start to finish, scoring 17 goals to City of Birmingham’s two.

Those results decided the pairings for both the Bronze Medal Match and Gold Medal Match, which would ultimately see the winner being crowned.