City of Manchester consolidated a successful return to the Swim England Water Polo National Age Group Championships by securing a second national title of the weekend.

Following on from their victory in the U17s girls’ final, the U19s girls went on to lift the club’s second trophy of the day and take home gold.

Manchester faced City of Sheffield in the final and earned the title of champions once again after a thrilling 10-8 win.

There wasn’t much to separate the two sides during the final quarter, but up stepped Manchester’s number seven and captain, Harriet Dickens, to put her side in front.

That was followed by a tidy finish from Amelia Brooksbank in the final minute to seal the win. 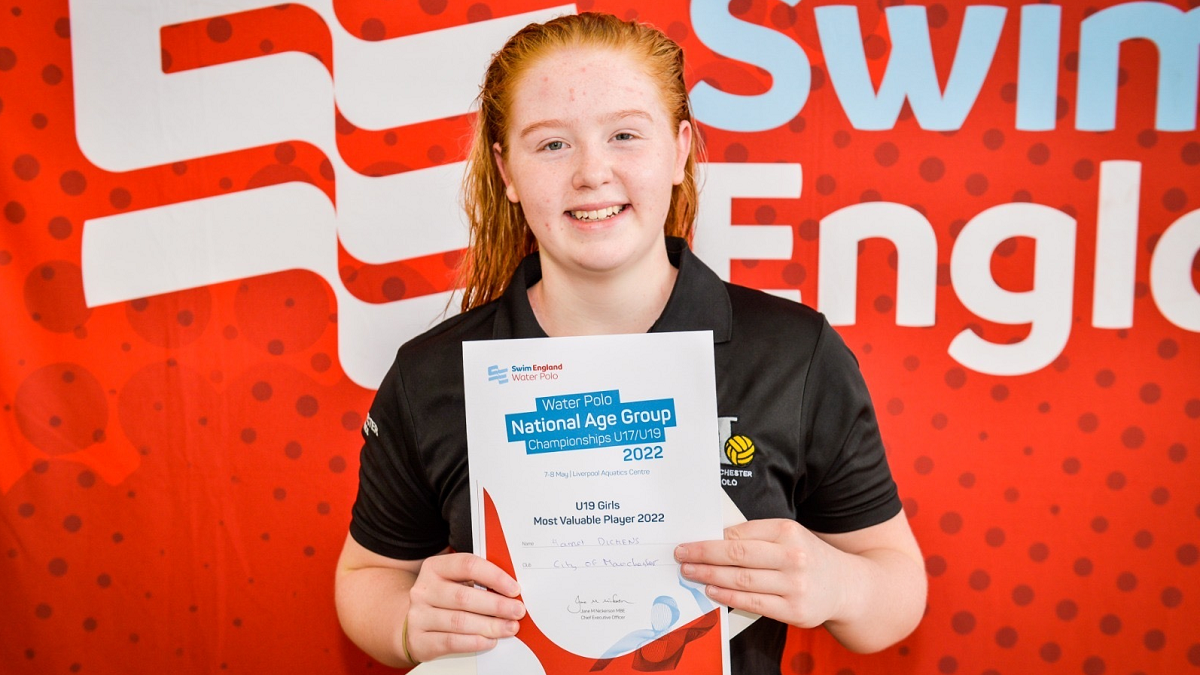 Scoring the remainder of the goals for Manchester were Holly Toone with a hat-trick and one each for Lucy Blenkinship, Lilly Pryce, Charlotte Pritchard and Izzy Robb.

City of Sheffield’s Rose Griffiths finished with a hat-trick and Emily Crossley scored twice in the third quarter.

Izzy Howe, head coach for City of Manchester, described her side’s performance as ‘really special’ and leaving her ‘absolutely speechless’.

She said: “I’m a bit speechless, they really made us work for that. I’m a bit in shock, the girls played amazingly.

“Their composure to get to the end and not get rattled was fantastic and that’s what won us the game ultimately.

“I just said to them that we deserve to win this, but that’s on them pushing right to the end, and that’s exactly what they did which is why we came away with the win.

“Harriet Dickens, our captain, played amazingly like she always does and Hollie Toone scored an absolute worldie. But it was the whole team who had to really dig deep at the end there and that’s what won us the game.”

“I’m absolutely speechless. To come here and do that was really special, I’m in shock.” 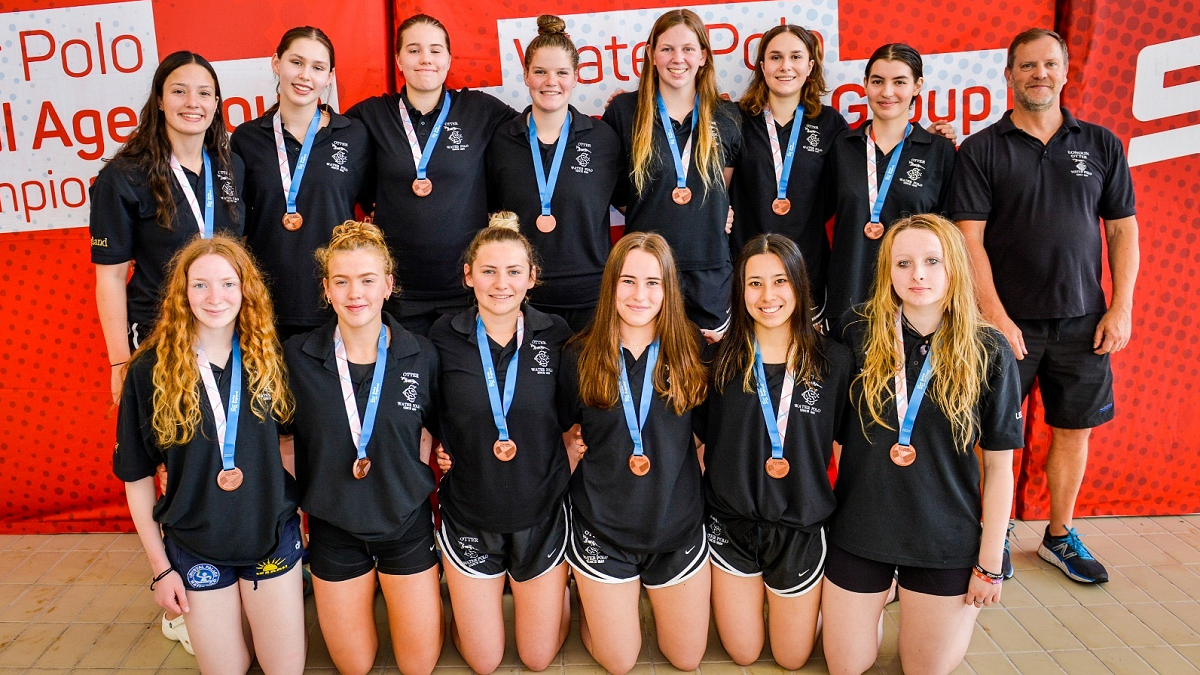 In the bronze medal match, Otter looked to be opening up a comfortable lead until Cheltenham fought their way back into the tie.

The sides were level at 5-5 in the third quarter before a red card for Otter followed by a successful penalty gave Cheltenham control.

But Otter didn’t give up and the London based club went on to claim a determined 13-12 win.

Their goalkeeper, Sarah Mdaoukhi, won the top goalkeeper award after some great performances across the weekend.

Otter’s hat-trick heroes helping them to third place were Lucy Bullock and Grace Turner with two goals also scored by Pippa Danielson in the final quarter.

Both Freya Webster and Michela Totolici were Cheltenham’s hat-trick scorers.