Sixteen teams will be bidding to be win the Swim England Water Polo National Age Group Championship as the U17s and U19s boys and girls finals are staged at the Liverpool Aquatics Centre.

Here are the four U17s girls teams who are in the running to become national age group champions.

With a team spread between the ages of 14 and 16, Cheltenham will hope their mix of youth and experience combines perfectly in Liverpool.

The club’s U17s team finished in fourth place at last year’s finals, but the current group hope to have found form at the right time as they look to upset some of the more fancied sides.

Cheltenham booked their place in the semi-finals with dominant back-to-back wins over Newton Abbot and Watford, having lost to City of Liverpool in their opening game of the qualifiers.

They will need a big change in fortune when they take on City of Sheffield in the first semi-final.

Sheffield won 9-0 when the two sides met in the preliminaries earlier in the year.

Liverpool also have a relatively young team, with only three players at the top of the age group.

They take on Otter in the second semi-final and will be confident of building on a successful qualifying campaign.

Liverpool beat Cheltenham 11-5 and Watford 19-7, before a 14-14 draw with Newton Abbot guaranteed they finished top of Group A.

Chief coach Gordon Dacre said: “Getting through to the finals without losing a game is a major achievement.” 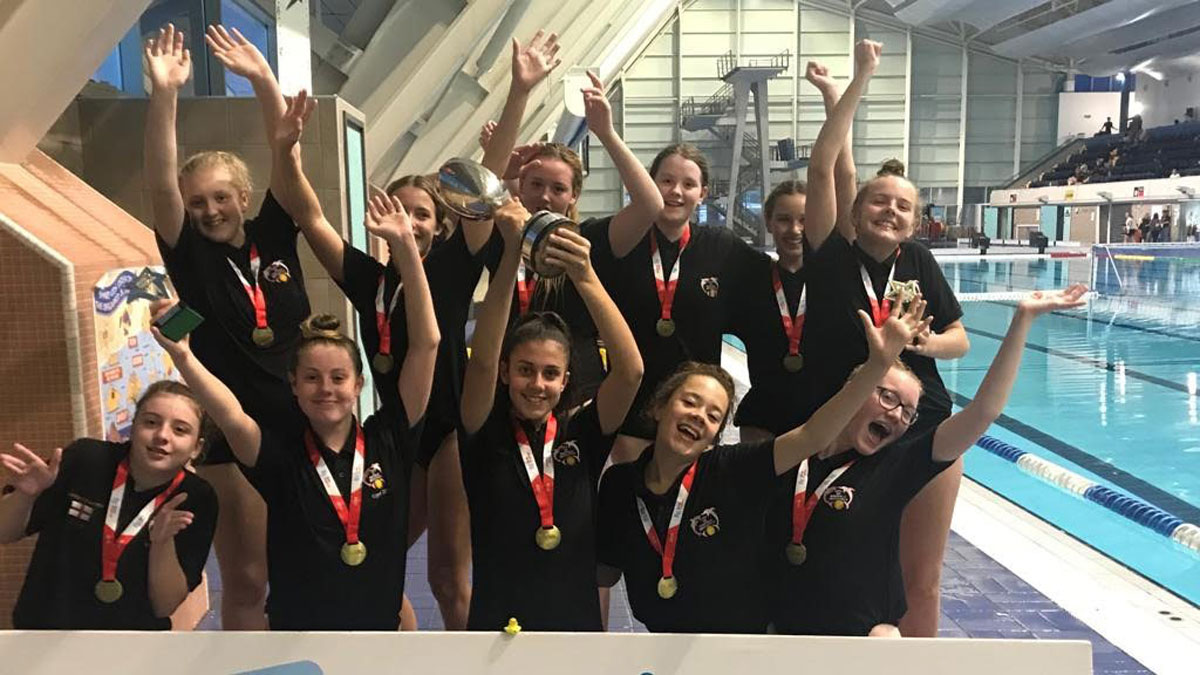 Sheffield’s progression to the National Age Group Championships finals has been described as ‘scintillating’.

With three wins from three in the prelims – including a gritty 7-6 win over defending U17 girls champions Newton Abbot – they progressed as winners of their league.

Sheffield maintained their winning streak through the qualifiers, scoring 34 goals across their three games to reach the semi-finals.

The squad thrives on their strong team ethic and experience, with nine players in the National Water Polo Academy and 11 having played BWPL senior water polo this season.

Eight players have made the quick step up after winning the U15 National Age Group Championships title last October, while the core of this team won silver at U15 level in 2017.

Coach Chris Motley said: “This group of girls have played a lot of water polo together in different teams over the past couple of years.

“There is a good balance of speed and strength throughout the squad, enabling us to hopefully be dangerous on the counter, but also from set plays around the pit.

“No team can be successful without a strong defence and the team bases its play on giving as little away as possible at the back.

“Two of the girls have already represented England above their own age group.”

Defence was the key to Otter booking their place in the semi-finals.

With one win, one draw and one loss from their qualifying games, they were level on three points with Kirkintilloch.

But their goal difference of minus one proved enough to seal second spot in Group B – a four-goal loss to City of Sheffield and the 11 goals scored in a win over Worthing ultimately aiding their charge to the National Age Group Championships finals.

Otter had to settle for silver at last year’s U17 finals, losing 9-6 to Newton Abbot in the final.

Nova Centurion, Iceni and Otter Futura will all be competing to win the U17s girls plate competition.

All the games will take place on Saturday 13 April.