Adam Peaty was crowned Swimmer of the Year at the British Swimming Awards – and then dedicated the honour to his coach.

To say it’s been another hugely successful year for Peaty would be an understatement.

He won three gold medals at the World Championships in Gwangju, South Korea, and also achieved Project 56 as he set a new world record of 56.88 in the 100m Breaststroke.

But he was quick to recognise the work of Loughborough National Swimming Centre coach Marshall for helping him achieve his goals as he accepted the award.

He said: “This [award] is much hers as it is mine.

“I personally believe I was born for racing and born to do this. That’s a confidence I carry through and it’s hard to say without sounding arrogant but that’s the belief I have in myself.

“I get carried away and literally can not stop myself. Mel tries to calm me down as much as she can but as soon as that gun goes, I’m gone – I’m literally gone.

“All I can see is a yellow wall and a yellow wall – I have that much tunnel vision and that’s a product of working with Mel for 10 years.

“Every year this award is up for anybody.

“British Swimming is in a place now where its so competitive just to get on the team and I think that’s a culture that we’re all proud of making.

“It really goes down to the team behind us. We have elite staff and elite athletes. I’m just a very small cog in a big machine – I just deliver the package. A massive thank you to everyone here – you’re the small cogs in the team that help me deliver that package.

“It’s a big year ahead. The Olympics are in a few months’ time and we are already putting in the Olympic shift as a lot of people call it.

“But I’m having more fun than ever – it’s good.

“I love what I do, I love working with the people I work with and I love bringing back medals for Great Britain.” 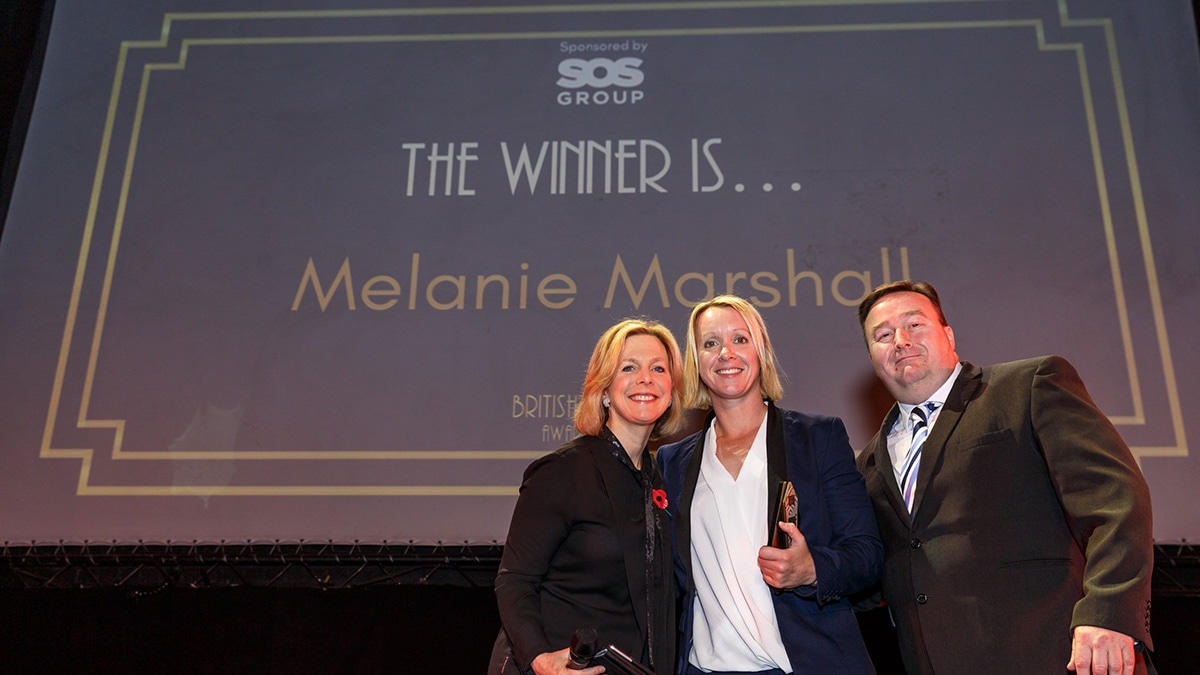 Marshall had earlier picked up her own prize as she was named Swimming Coach of the Year.

She picked up the Swimming Coach of the Year title ahead of her Loughborough colleague David Hemmings and University of Stirling’s Steven Tigg.

Marshall, who is also in the running for a UK Coaching Award, said: “I would like to say a huge thank you to everybody I have worked with.

“When I first came into coaching when I retired from being an athlete, I dreamed of working with the best in the world and I get to do that now with the staff and athletes.

“It sounds really corny and cheesy but I absolutely love what I do. I love the people I work with and everybody gives 110 per cent every day so this one is for them. Thank you very, very much.”

She won a total of five international medals at the European and World Junior Championships and also earned her first senior call-up after being selected for the European Short Course Swimming Championships in Glasgow in December.