Twelve English swimmers have been selected to represent Great Britain at the LEN European Short Course Swimming Championships in Glasgow later this year.

Fresh from winning gold at the FINA World Championships in South Korea, Luke Greenbank, James Guy and James Wilby have all been called up, as has their 4x100m medley teammate Duncan Scott.

Greenbank also won bronze in the 200m Backstroke in Gwangju.

He said: “2019 has been a brilliant year for me and I’m delighted that I’ll have the chance to hopefully finish it off in style up in Glasgow.

“Glasgow has been pretty kind to me over the last few years and the crowd there is always awesome, so I’m sure this will be another phenomenal championships on home soil.”

Rising star Kayla van der Merwe is set to make her senior debut for Britain after a successful summer at junior level.

The Winchester Penguins swimmer won gold in the 100m Breaststroke at the European Junior Swimming Championships in Kazan, before winning two medals at the World Junior Championships in Budapest.

Freya Anderson is set to return to the pool where she won four medals – including two golds – at the 2018 European Championships.

Anderson reached the final of the 100m Freestyle at the World Championships and was part of the bronze medal-winning Mixed 4x100m Medley team. 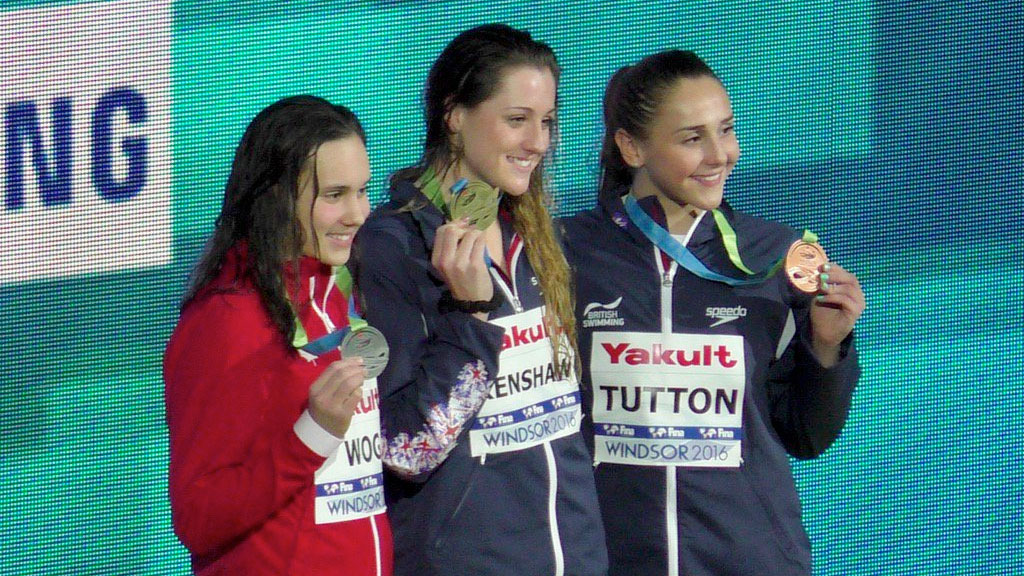 She will be joined by Molly Renshaw, who reached three finals in Gwangju.

Renshaw, who won gold in the 200m Breaststroke at the 2016 World Short Course Championships, said: “I’m really pleased to have been included in a super strong team for the European Short Course in December.

“The GB team is flying at the moment, as we saw at the World Championships and the atmosphere in squad is amazing, so it’ll be amazing to put that GB cap on again.

“For me, winning the World Short Course Championships three years ago was definitely a highlight, but I’ve made some really good progress in 2019 and hopefully I can make the most of the opportunity to compete in Glasgow.”

Siobhan-Marie O’Connor – a two-time silver medallist in 2015 – returns to the squad, alongside Anna Hopkin, who made her World Championships debut in July.

Great Britain won six medals in total at the 2017 Championships, with Adam Peaty winning gold in the 100m Breaststroke and Ben Proud winning silver in the 50m Freestyle.

The 2019 European Short Course Championships will be held at Tollcross International Swimming Centre from 4-8 December.