Megan Barnes came out on top in a battle for the gold with Cara O’Toole in the 15 Years Women’s 400m Freestyle at the Swim England National Summer Meet.

Merissa Booth added to her medal tally as she cruised to victory in the 12-13 Years race.

The Wycombe District swimmer won a silver medal in the 200m Freestyle on day one but took the gold in a time of 4:33.74.

Guildford’s Kennedy Gordon was the silver medallist in 4:35.22, with Basildon Phoenix’s Ruby Wheeler third after clocking 4:35.28.

Stockport Metro’s Olivia Herron was almost a second clear as she won the 14 Years race.

She recorded a time of 4:32.11 after leading from the halfway stage.

Olivia Miles was a comfortable winner of the 16 Years race.

Miles, of Thanet Swim, finished 2.57 seconds ahead of the silver medallist after clocking 4:26.33.

City of Liverpool’s Jessica McDonough was the runner-up in 4:28.90 and the bronze medal went to Wrekin College’s Ella Thatcher-Plant in 4:30.31.

In the 17 years and over contest, two commemorative medals were awarded to Denmark swimmers.

Wycombe District’s Rachel Cox took silver in 4:26.14, while Team Luton’s Chantal Smith picked up the bronze with a time of 4:28.54.

The Camden Swiss swimmer finished in 6:02.82 to claim the gold medal ahead of Cockermouth’s Drew Stables (S10). 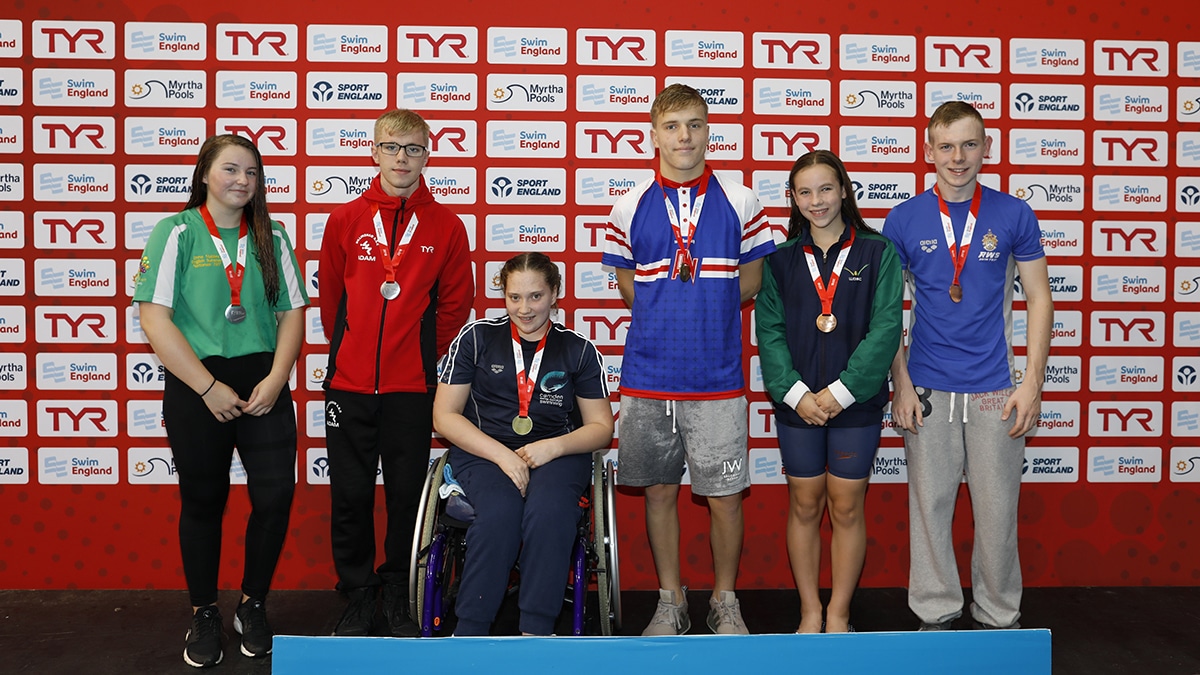 Portsmouth’s Dominic Redpath (S9) scored 637 points to win the gold medal after finishing in a time of 4:50.39.

Billingham’s Adam Whyborne (S10), who won the first gold medal of the Swim England National Summer Meet on day one, scored 581 points after his time of 4:44.79.

James Brown, of Royal Wolverhampton School, took the bronze with a total of 569 points after clocking 5:01.55. 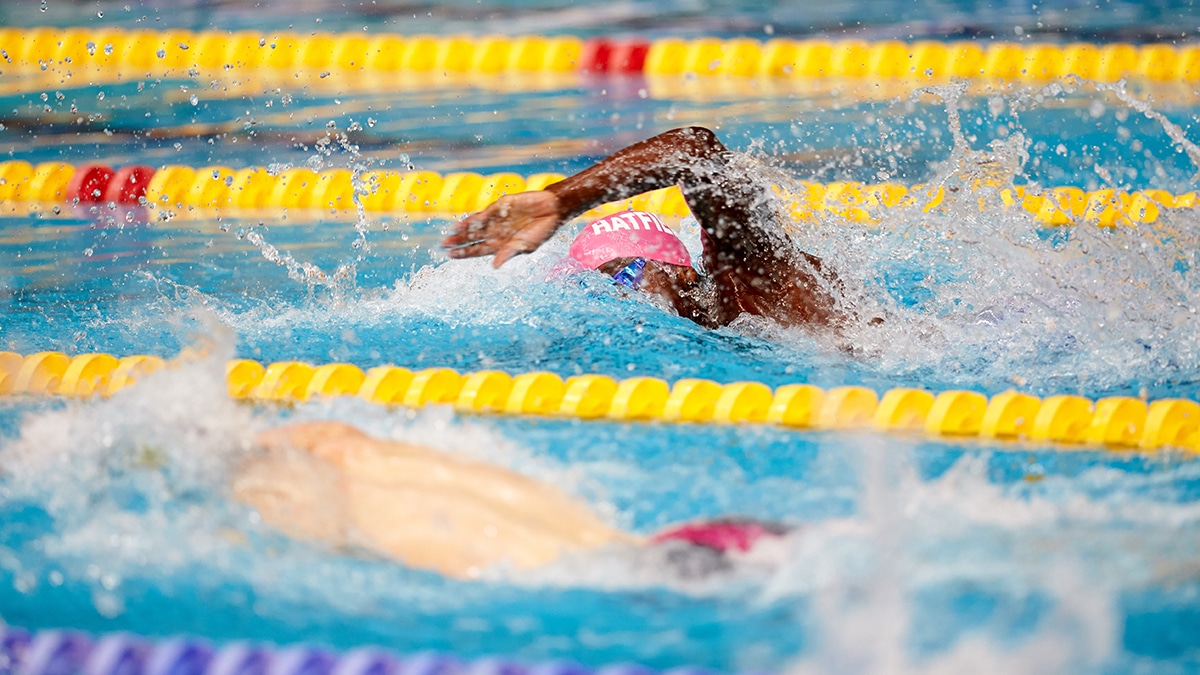 In the 16 Years race, Hatfield’s Ayotobi Laguda claimed the gold medal in 53.81.

That was 0.16 seconds quicker than Modernian’s Joshua Bristow (53.97), with teamipswich’s Sam Perkins finishing third in 54.02.

The Hatfield swimmer was 0.7 seconds ahead of Haringey’s Max Green, who took the silver in 55.96.

City of Liverpool’s Samuel Ellis was the bronze medallist after finishing in 56.14.

A commemorative gold medal was presented to Seals RSA’s Jacob Armon in the 15 Years contest.

He clocked 53.88, with City of Birmingham’s William Cooper only 0.04 seconds behind in 53.92 to take the Swim England National Summer Meet gold medal.

The silver was awarded to Thanet Swim’s Charley Langford (54.53), while City of Leicester’s Kieran Bott took the bronze (54.72).

Alec White added the 17 Years title to the 50m Freestyle gold he won on the opening day of the Meet.

The bronze medal was won by Derwentside’s Daniel Morley in 52.83.

He finished in 49.63 with Richmond Dale’s Thomas Flower more than a second behind in 50.85.

But that time was enough for him to win the Swim England National Summer Meet gold medal.

Denmark’s Marcus Svendsen won a commemorative bronze medal with a time of 50.93.

The Summer Meet silver medal was picked up by Surrey Uni SC’s Rory Huggins in 51.90, while East Leeds’ Ben Taylor-Walsh won the bronze in 52.00.

Athletes named in England Swimming Team ahead of 2022 Commonwealth Games

New ‘exciting identity’ for Performance Squad ahead of Birmingham 2022