William McIntyre held off Michael Rees in a grandstand finish to the Men’s 18 Years and Over 200m Individual Medley final at the National Summer Meet.

Nova Centurion’s Rees was a second clear of the field at the halfway mark, but Loughborough University’s McIntyre made up significant ground on the breaststroke leg to move into the lead.

The topsy turvy battle brought the pair level with 25 metres to go and they looked level as the wall approached.

But McIntyre had left just enough in the tank to win the gold medal in 2:06.49, just 0.15s ahead of silver medallist Rees.

The Staines swimmer won the 100m Butterfly title on the second day of competition and he backed up superbly with a dominant performance on day three.

Philp took the lead heading into the final leg and streaked away to win gold in 2:09.74.

City of Peterborough’s Myles Robinson-Young won his second medal of the night, adding silver to the 100m Freestyle bronze he had won just over an hour earlier.

James Bartley led most of the way to secure the 16 Years title.

The Mount Kelly swimmer took the lead on the backstroke leg and never looked like being caught, eventually clocking a near two second PB to win in 2:10.58.

Ledbury’s Jones led by more than a second and a half heading into the final leg, but was chased down by Ellesmere College’s Covill.

Tyriese Smith continued his impressive form to win gold in the 15 Years event.

Smith was in a four-way battle at the final turn, but finished strongly to win in 2:12.97.

City of Milton Keynes’ Rafe Dobson was seventh at the halfway mark, playing to his strengths to storm home for the silver medal. 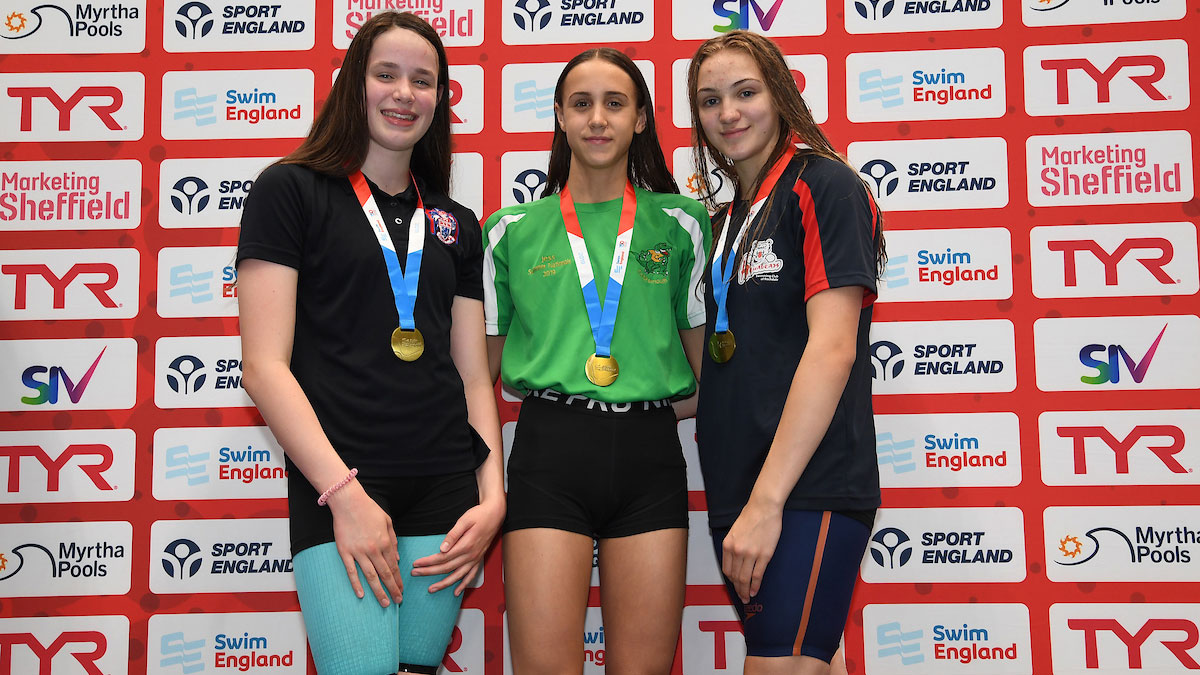 Less than half a second separated the top three in the Women’s 15 Years 200m Individual Medley final.

The noise levels inside Ponds Forge rose as Aquabears’ Lucy Cannavan, City of Bristol’s Georgia Gussey and Stockport Metro’s Olivia Molden emerged in a three-way battle on the last leg.

All eyes panned to the scoreboard to learn the result, as Cannavan clocked 2:24.14 for gold, with bronze medallist Molden just 0.42s behind.

Jess Prokas earned her second national title of the week as she was crowned 14 Years champion.

The Cockermouth swimmer won 50m Freestyle gold on day two and took that momentum into the individual medley, lowering her PB by almost four seconds to 2:23.58.

The Middlesborough swimmer stopped the clock at an impressive 2:23.62, more than a second ahead of her nearest rival – Basildon Phoenix’s Ruby Wheeler.

That was Wheeler’s second medal of the Summer Meet, after she won gold in the 400m IM on day two, while Sevenoaks’ Eva Okaro won bronze.

Mia Leech completed the double by winning the 17 Years and Over final.

The City of Peterborough swimmer was dominant as she won the 400m IM title, but she was certainly made to work to go back-to-back.

Doncaster Dartes were again represented on the podium as Chantelle Waugh finished with the bronze medal.

City of Milton Keynes’ Lottie Wynne-Jones led the field by more than two seconds at the halfway mark, but she settled for silver as Exeter City’s Perkin clawed back the deficit on the breaststroke leg and clocked a new PB of 2:22.18.