Double Paralympic gold medallist Stephanie Millward has called time on her glittering swimming career – but says she feels ‘blessed’ and ‘incredibly grateful’ for the most ‘unbelievable experiences’.

Millward becomes the third Paralympian to announce her retirement since the Tokyo 2020 Games with Ellie Simmonds and Ellie Robinson also confirming they would be hanging up their googles.

The 40-year-old was one of the most experienced on the British team having competed at four Paralympics and winning 10 medals – including two golds in Rio 2016.

She was awarded an MBE in the New Year’s Honours List in 2016 for services to swimming and said she was ‘honoured, humbled and proud’ of her career in the pool.

Millward said: “This is a quick but heartfelt message to say that I am retiring from international swimming and I wanted to thank you all for everything you have done for me.

“Aged eight, I had a dream of winning an Olympic Gold medal and by 16, having just become the National 100m Backstroke Champion and looking likely to qualify for the Sydney 2000 Olympic Games, everything in my world was beyond terrific.

“However, this world was soon shattered for soon after and, with no warning, I became ill. Rather than travelling to Australia, I was diagnosed with Multiple Sclerosis.

“Fast-forward 21 years, and I have just celebrated my 40th birthday, having returned from Tokyo, where I competed in my fourth Paralympic Games.

“I have spent the last 13 years travelling the world representing GB and competing in national, European, world, Commonwealth and Paralympics competitions, securing over 700 swimming medals of which 10 are Paralympic ones, including my coveted two gold medals from Rio 2016.

“I have been awarded an MBE and given the freedom of my local town, Corsham. I was recently appointed a Deputy Lieutenant (Wiltshire) and I am a patron and ambassador to nine charities. 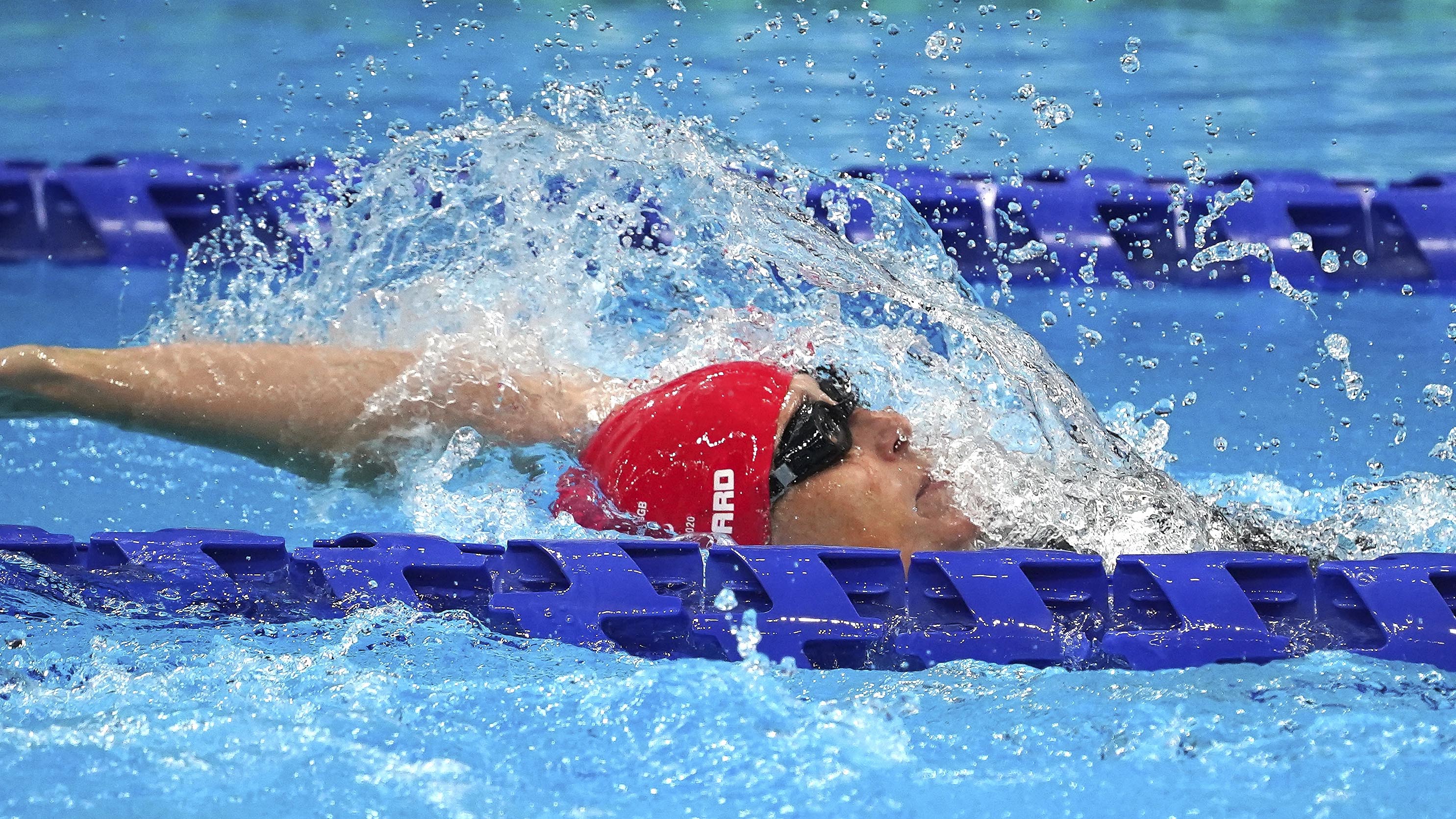 “I have met Her Majesty The Queen on five occasions, met Prime Ministers, MPs and dignitaries and given the opportunity to speak at school assemblies, sports clubs and present to large companies.

“It is all quite difficult to process but I am honoured, humbled and proud in equal measure.

“Now is not the time to describe the catastrophic eight years between a shattering, life-sentence, MS diagnosis that, as a young girl, I was totally unprepared and unable to deal with – physically, mentally or emotionally – but rather to celebrate the swimming career since.

“To celebrate and thank all those that helped me to come to terms with my incurable MS; to Adrian, now my husband, who encouraged me back into a pool in 2008 and has been my rock ever since; to my coaches and support staff that have enabled me to reach the pinnacle of Paralympic sport; to the National Lottery, UK Sport, ParalympicsGB, British Swimming and others who provide the opportunity for those of us with disability to compete; to my family, friends, supporters and my special employers for believing in me and not only giving me the opportunity to swim in Tokyo but to prepare me for this day – my retirement day; and finally, and so importantly, the wonderful British people who have been so unbelievably supportive to me during my entire career.

“Swimming has been my passion since living in Saudi Arabia where my father was based when I was tiny.

“In these last dozen years, this incredible sport has both dramatically quietened the daily and on-going symptoms of my MS but also provided me with the most unbelievable experiences and opportunities and I feel so blessed.

“This said, I also know that I am ready for my next challenges.

“As my experience in 1999 demonstrated, life can be very unpredictable but I leave the sport in a very happy frame of mind, physically strong and prepared for what lies ahead.

“Thank you all for everything. As you know, none of ‘this’ would have been possible without the love, care, support and belief of so many – you have genuinely been my Guardian Angels.

“Everyone needs and, indeed, deserves a chance in life and you have given me mine – and I am so incredibly grateful.”