Maisie Summers-Newton is one of 10 nominees shortlisted for the BBC Young Sports Personality of the Year award.

The 17-year-old Northampton SC swimmer won three medals at the World Para-swimming Championships at the London Aquatics Centre in September.

She set a new world record in the Women’s SM6 200m Individual Medley, touching home in 2:57.24 to shave 0.75 seconds off her existing world record she set in Glasgow earlier this year.

Reflecting on her gold medal at the World Para-swimming Championships at the recent British Swimming Awards, Summers-Newton said: “That night was just amazing.

“The experience of racing in front of a home crowd as well was just brilliant.” 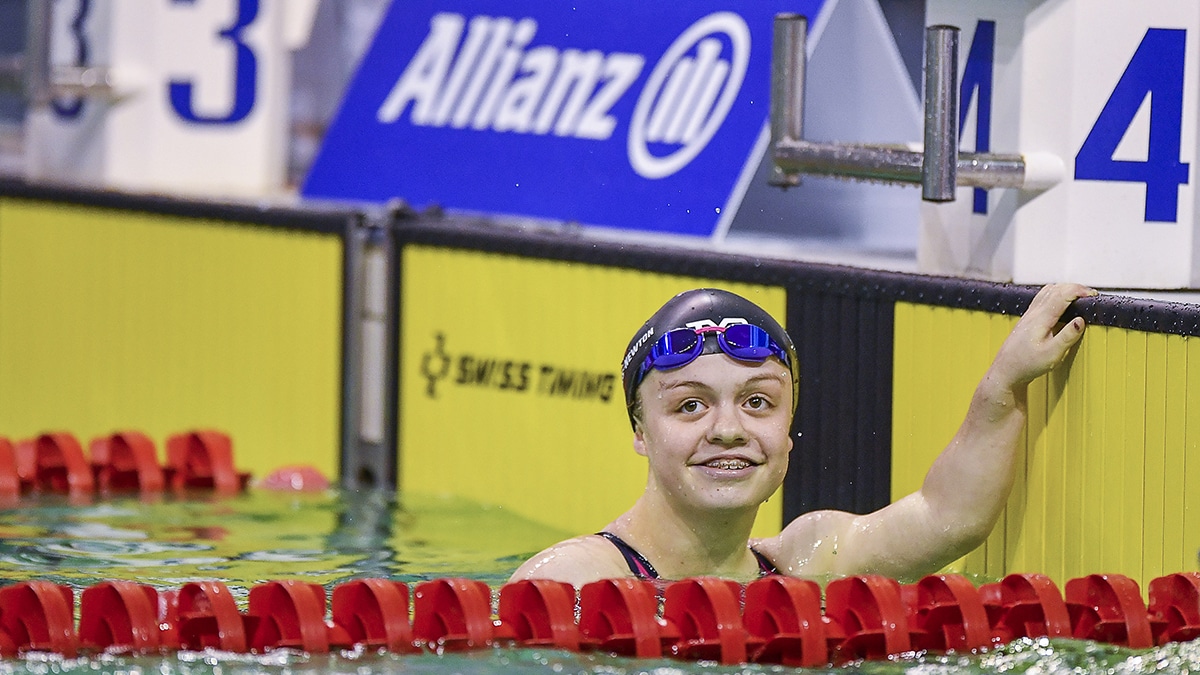 Summers-Newton, who was also shortlisted for the BBC Young Sports Personality of the Year award in 2018, also won a silver in the 100m Breaststroke and a bronze in the 100m Freestyle at the World Para-swimming Championships.

She was also named the best junior female athlete in the Para-swimming World Series.

The winner of the BBC Young Sports Personality of the Year will be revealed at the Radio 1 Teen Awards on Sunday 24 November.

They will then be invited to attend the BBC Sports Personality of the Year ceremony in Aberdeen on Sunday 15 December.

Also on the list of nominees is 16-year-old Scottish swimmer Toni Shaw.