Maisie Summers-Newton shattered her own world record as she stormed to victory at her debut World Para Swimming Championships.

The Northampton swimmer was narrowly ahead in the Women’s SM6 200m Individual Medley as they turned for the final 50m at the London Aquatics Centre.

But she quickly established a big lead over her closest challenger and won by an impressive 3.59 seconds from Ukraine’s Yelyzaveta Mereshko (3:00.83)

Summers-Newton touched home in 2:57.24 to shave 0.75 seconds off her existing world record she set in Glasgow earlier this year.

The 17-year-old was fourth after 100m but had moved to the front of the pack by the time they headed for home and never looked back as she comfortably claimed the gold.

Summers-Newton said: “I just wanted to go out there and give it the best I could.

“I wanted that gold medal and I wanted to get as close to my personal best as I could so to go that quick as well and get the world record was just amazing – I’m so happy.

“I just thought I needed to max the last 50m and try and touch the wall first.”

Ellie Simmonds was fourth after clocking 3:03.23 – 0.22 seconds adrift of the the bronze medallist China’s Lingling Song.

“She has done so much for para sport and is just brilliant.”

Hat-trick of golds for Tai 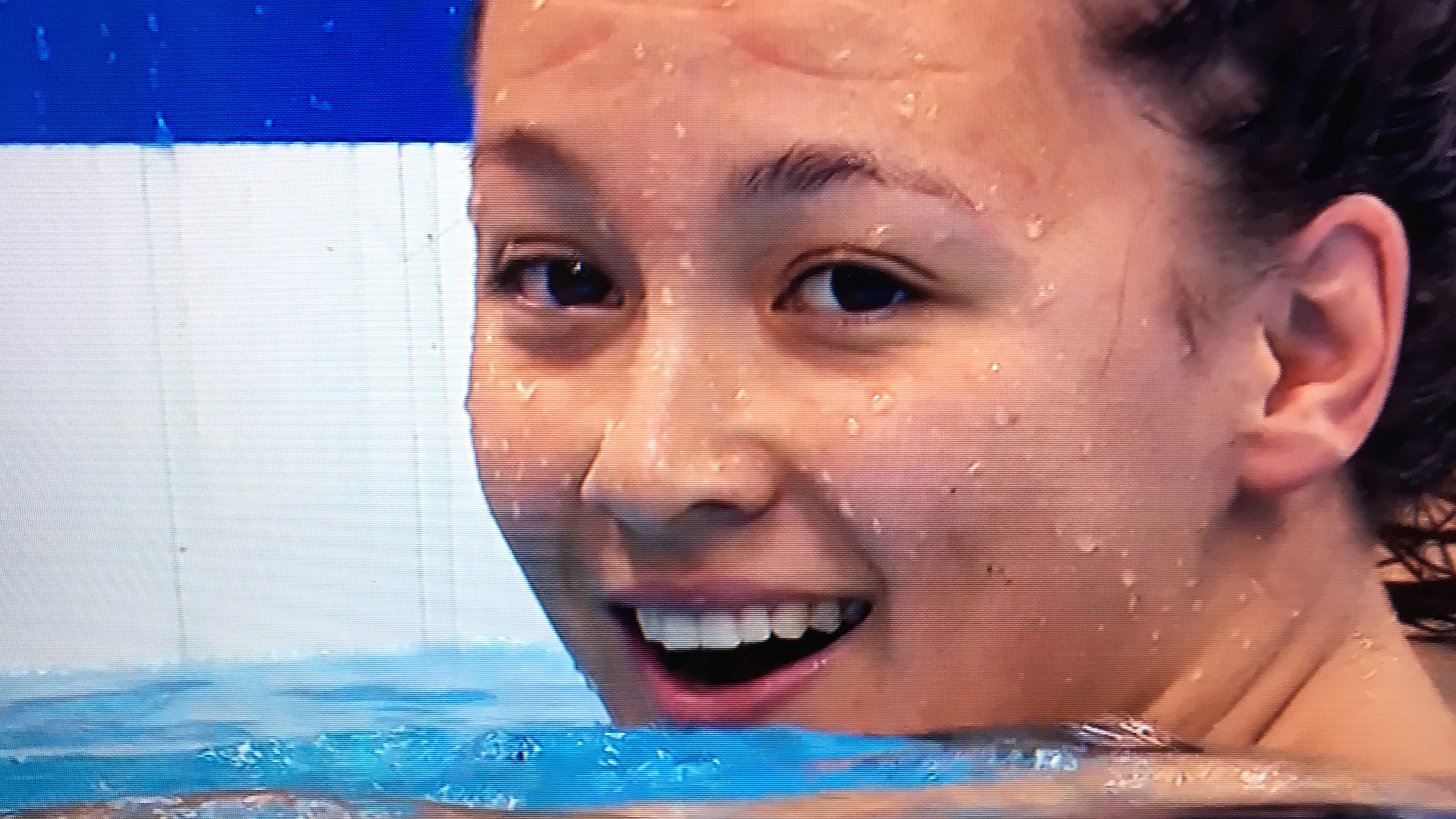 Alice Tai claimed her third gold medal of the competition as she set a Championship best time to secure a slender victory in the Women’s S8 100m Butterfly.

The 20-year-old Ealing swimmer said: “I could hear the commentary on the last few metres and the crowd and I knew she was so close.

It’s a packed championships for Tai but she is now fully focused on her next event.

She said: “As soon as the medals are done, I put that race behind me and move onto the next one.

“It’s a super packed schedule for me but I tend to make sure I’m not running a high or a low and stay focused on the next event.” 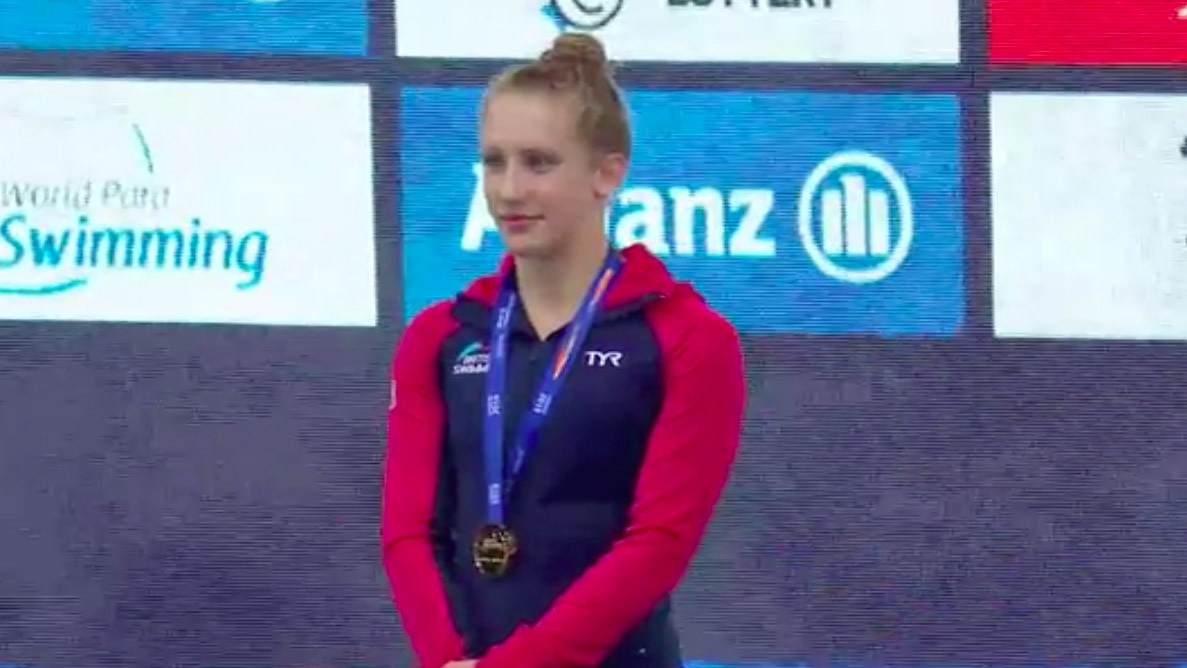 Louise Fiddes snatched victory from the jaws of the defeat in the Women’s SB14 100m Breaststroke final.

The Hatfield SC swimmer was trailing with less than 20m to go but surged past Spain’s Michelle Alonso Morales to touch home first in a championship record time of 1:13.20.

She was 0.29 seconds in front of world record holder Alonso Morales, with Brazil’s Debora Carneiro third in 1:17.52.

“It’s so incredible to have all my friends and family in and to touch the wall and see them cheering – I just can’t put it into words.

“I went out a bit too easy but at least I had a bit left in the tank at the end.”

Shaw came out on top in a battle for second with America’s Elizabeth Smith, who had to settle for the bronze after touching home in 1:08.12.

The University of Aberdeen swimmer said: “To see my parents happy up there in the crowd is really special.

“They’ve done so much over the years to help me get here.”

Meanwhile, Scott Quinn also had to settle for second spot as he saw his world record in the Men’s SB14 100m Breaststroke broken by Japan’s Naohide Yamaguchi.

Quin was in third place at the turn but clawed his way back into the silver medal position but couldn’t catch Yamaguchi, who clocked 1:04.95 to knock 0.33 off the previous world best. 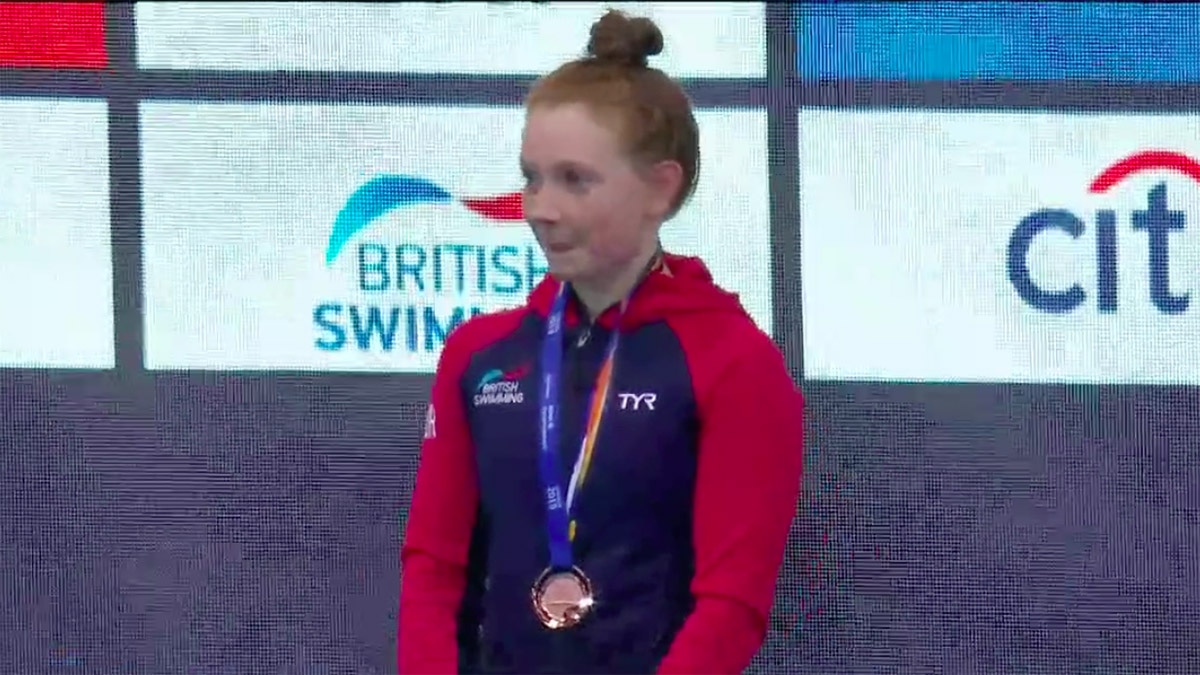 Zara Mullooly celebrated her 17th birthday in style by breaking her own British record on her way to a bronze medal in the Women’s S10 400m Freestyle.

She knocked almost three seconds off the best time she set in the morning’s heats after finishing in 4:34.91 to take third place.

Mullooly was 5.26 seconds behind Poland’s Oliwia Jablonska, who clocked a championship record of 4:29.65 to take gold and edge out world record holder, Aurelie Rivard, of Canada, by 0.77 seconds.

Ellie Challis improved on her heat time during her first appearance in a world championships final.

That was 1.06 seconds quicker than her morning heat time and an impressive performance from the SM3 swimmer who was swimming up a classification.

Meanwhile, Stephen Clegg set a new personal best of 24.78 as he finished fifth in the Men’s S12 50m Freestyle.