Alice Tai set a new world record in the Women’s 100m Backstroke S8 final with a remarkable swim on day two of the World Para Swimming Championships in London.

Tai touched in at 1:08.04 to claim her second gold medal in as many days and finishing more than eight seconds ahead of second placed Tupou Neiufi of New Zealand.

The previous world record, also set by Tai at the British Para-Swimming International Meet in Glasgow earlier in the year, was 1:08.09.

The Ealing swimmer was very close to beating her own world record on the opening day of the competition, finishing only 0.11 seconds away as she won her first ever individual title at the World Championships.

But this time there was no stopping her as she stormed ahead to add the Women’s 100m Backstroke S8 title to the 100m Freestyle S8 title.

“I actually looked at my time when I turned accidentally because it’s a really bad habit of mine and I thought ‘oh gosh I’m going to have to really push it to get this world record’. But I was not expecting that. A bit emotional.”

Britain’s Megan Richter added to the celebrations as she finished in bronze medal position in her first ever World Championships final.

After finishing first in her heat Richter continued to impress, swimming an even quicker time than her silver medal winning performance at the World Para-Swimming European Championships in Dublin last year (1:17.90) to clock in at 1:17.08.

Tully Kearney added a championship record to her British record after being crowned world champion in the Women’s 200m Freestyle S5.

The world record in this event has stood for 19 years but Kearney was not far away with her time of 2:46.92.

It was a comfortable victory in the end for the City of Manchester Aquatics swimmer who made it two golds from two races so far at the World Para Swimming Championships. 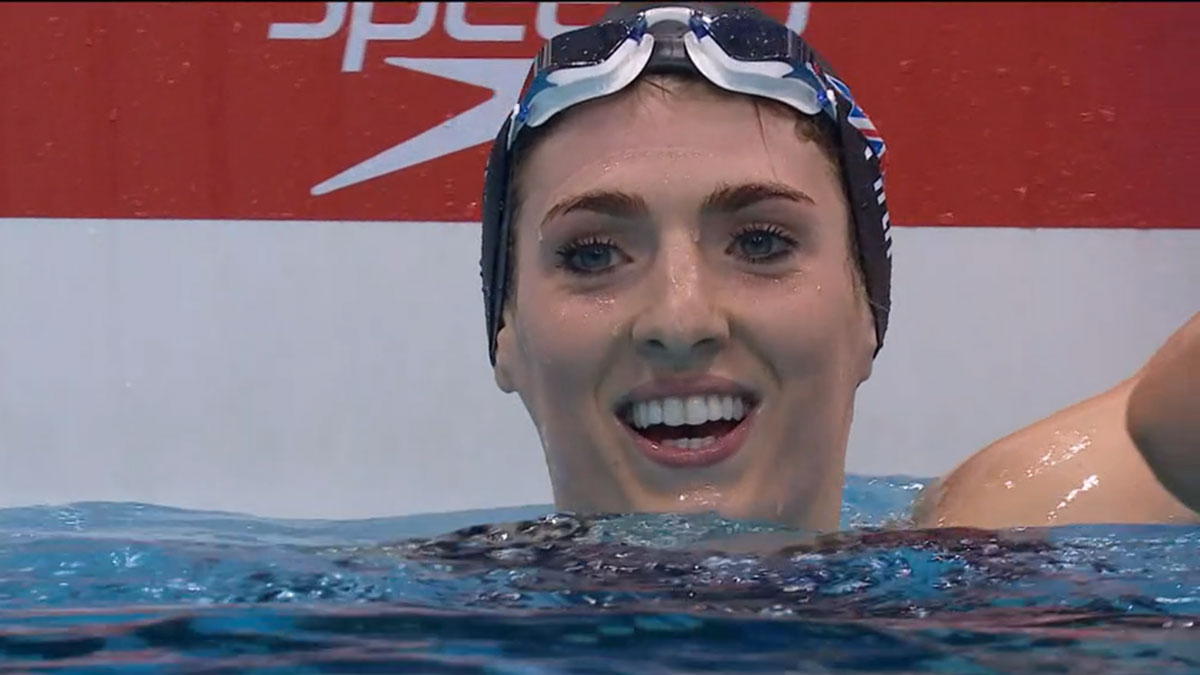 The 100m Backstroke S14 finals proved a success for both the British men and women with four podium places split equally between the two races.

After both Bethany Firth and Jessica-Jane Applegate finished on the podium in the Women’s 200m Freestyle S14 on the opening day, they repeated the same feat again in the Women’s 100m Backstroke S14.

Firth swam a season’s best time and set a new championship record on her way to taking gold, while Applegate claimed another bronze medal.

The Men’s 100m Backstroke S14 final saw Jordan Catchpole (1:00.86) win silver as he finished just ahead of teammate and bronze medallist Louis Lawlor, who touched in at 1:01.47 in his first World Championship event.

Another medal to @BritishSwimming's tally…

Fine margins for @maisiee26 who claims bronze in the S6 100m Freestyle 🙌#London2019pic.twitter.com/F2ftsW4Gts

Similarly to heat one of the Women’s 100m Freestyle S6, Maisie Summers-Newton again edged out Olympic and Commonwealth gold medallist Ellie Robinson in the final.

It was a close call between the two British athletes, but it was Summers-Newton who put in a personal best performance, earning her the bronze medal.

In the Men’s 100m Butterfly S12 final, Stephen Clegg missed out on gold by less than a tenth of a second in an extremely close finish.

The eventual winner, Dmitry Salei, of Belarus, clocked a time of 57.28, while Clegg settled for silver but set a new British record time of 57.36.

In other events, Stephanie Millward just missed out on a medal place as she finished fourth in the Women’s 100m Backstroke S9 final and Mikey Jones improved on his heat time but also missed out on a podium place, finishing eighth in the Men’s 400m Freestyle.