A sensational swim from Tully Kearney saw the Paralympic Champion break her second World Record of the competition on day six at the World Para Swimming Championships.

Kearney swam a 2:42:36 to break the record in the Women’s 200m Freestyle S5 after an incredible showing in Madeira.

The record hadn’t been broken for over 20 years after being set by France’s Béatrice Hess back at the Sydney Paralympic games in 2000.

The British swimmer started strongly as she always does and stretched out into a near eight second lead after the opening 100m.

Strong Italian swimmer, Monica Boggioni who finished less than a second behind Kearney in the heats, was expected to close the gap on the Brit during the second half of the race but Kearney just powered on in impressive style to take gold.

Kearney beat her morning heat time by over 12 seconds to put aside any possible challenge she had for the title and knocked four seconds off her Paralympic silver medal time from the Tokyo 2020 Olympics.

A third gold for Maisie

A dominant display from Maisie Summers-Newton saw her claim her third gold medal of the Championships in the Women’s 100m Breastroke SB6.

Summers-Newton powered away from the rest of the pack right from the off as she earned herself a 3.72 lead at the halfway stage.

She never looked back and pushed even further clear to beat America’s Sophia Herzog by over seven seconds with a time of 1:32:19.

The time was just a fraction off her time in the heats of a 1:32:16 which set a new European record for the event.

Summers-Newton third gold of the games comes after her win in the Women’s S6 400m Freestyle on day four and her impressive showing 200m Individual Medley SM6 on day three. 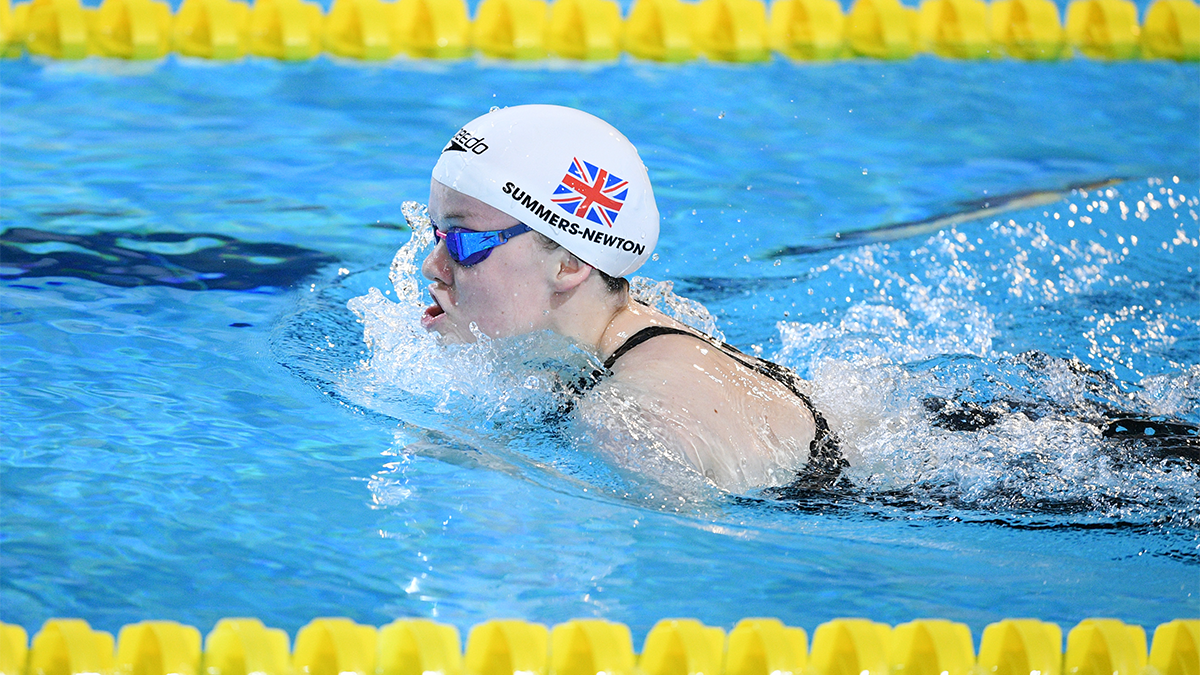 Britain edge out Australia for relay gold in stunning final

It was another relay gold for Great Britain after the Mixed 4x100m Medley Relay S14 team took gold by just one-hundredth of a second over Australia.

Britain took gold with a time of 4:09:29 after Bethany Firth just about clawed back the Australian’s advantage to claim Britain’s third gold of the night.

Poppy Maskill swam an impressive opening leg to set Britain on their way, ending her leg in third place before handing over to Scott Quin.

Strong swims from both Quin and Reece Dunn in the middle two legs helped close the gap to three seconds on the Australian team that had come out of the blocks fast to take clear water in the early stages.

Firth came into the final leg knowing she needed to close that gap on Madeleine Mcternan to claim the gold.

It was an incredibly close race with Firth just doing enough in the race to the wall to earn Britain the title. 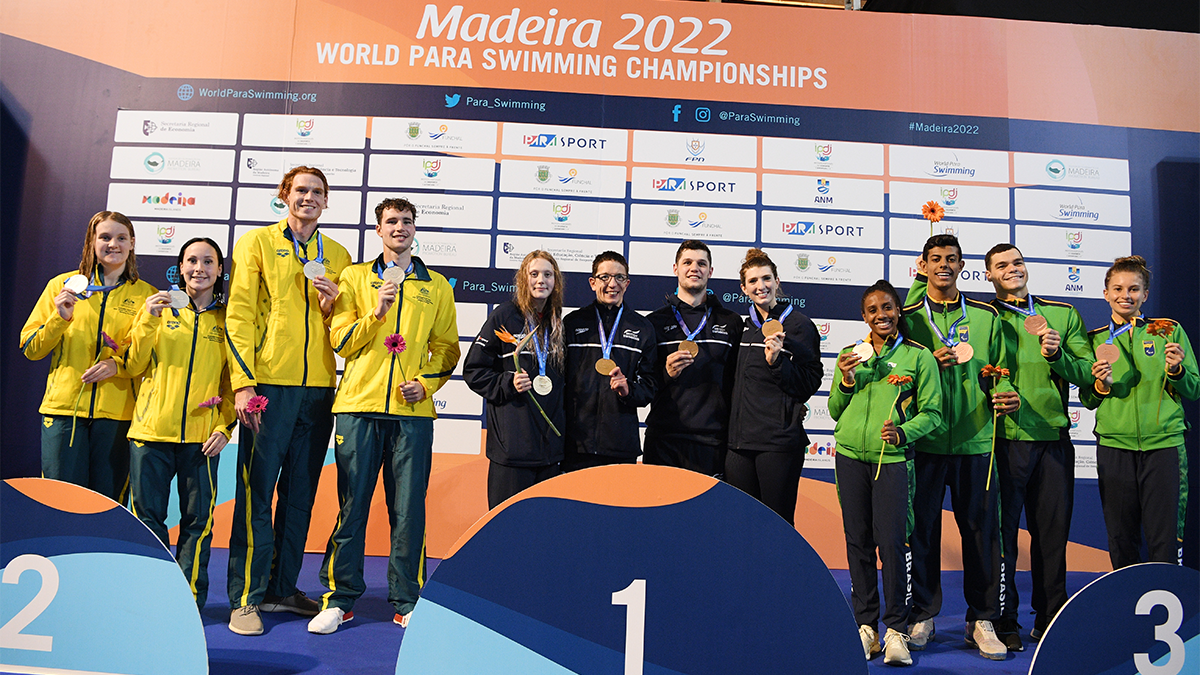 In the final race of the session there was more success for Great Britain as the Mixed 4x100m Freestyle Relay 49pts team took bronze after a close race with Japan.

Hannah Russell started well and kept up well with some of her male opponents to put Britain in a promising position after the opening leg.

Matthew Redfern and Scarlett Humphrey swam the middle two legs and gave Stephen Clegg the chance he needed to chase down Japan’s female swimmer Chikako Ono in the final leg.

Clegg had what looked like a huge gap to overcome but he managed it with ease, cruising home to the bronze in an overall time of 4:08:60 over five seconds ahead of the Japanese team.

The Northampton Swimming Club athlete finished fifth in the final with a time of 1:25.93.

That beat his time from the morning session that originally broke the record when he swam a 1.26.32 to qualify for the final.

Perry missed out on a medal by just over one and a half seconds with third place Matthew Levy from Australia finishing in 1:24:36.

Nelson Crispin Corzo of Colombia took the gold with an impressive display clocking in a time of 1:21:34 over two seconds clear of the rest of the field.

The 17-year-old is making her world championships debut at the event alongside her twin sister Eliza and is the British record holder in the event.

Scarlett started well but just didn’t have another to earn herself a medal finishing with a time of 1:28:62, just over three seconds off the bronze medal time.

Japan’s Chikako Ono won the event after coming from third at the halfway point with a 1:22:80.

Mullooly started well and was inside a second of the lead at the halfway point when fifth at the turn.

Unfortunately, she couldn’t quite keep up with the medal positions but the 19-year old will be happy to have made it another World Championships Final after her medal winning displays in London back in 2019.