Joy for City of Manchester and Caledonia

City of Manchester and Caledonia were crowned boys’ U17 and U19 national age group champions at the Swim England Water Polo National Age Group Championships in Manchester.

Caledonia’s U17 side ensured a second celebration on the day as they won the Plate competition at Manchester Aquatics Centre.

City of Manchester booked their place in the U17 final with a comprehensive 18-8 semi-final victory over Beckenham.

They took on Watford, who edged past City of Sheffield following a penalty shoot-out after a 13-13 draw in their last four match.

But it was the home side who clinched the gold medal as they celebrated an 18-10 win to lift the W J Read Trophy for the first time since 2013.

Last year’s winners City of Sheffield put the disappointment of missing out on a final spot behind them as they took bronze with a narrow 11-10 victory over Beckenham. 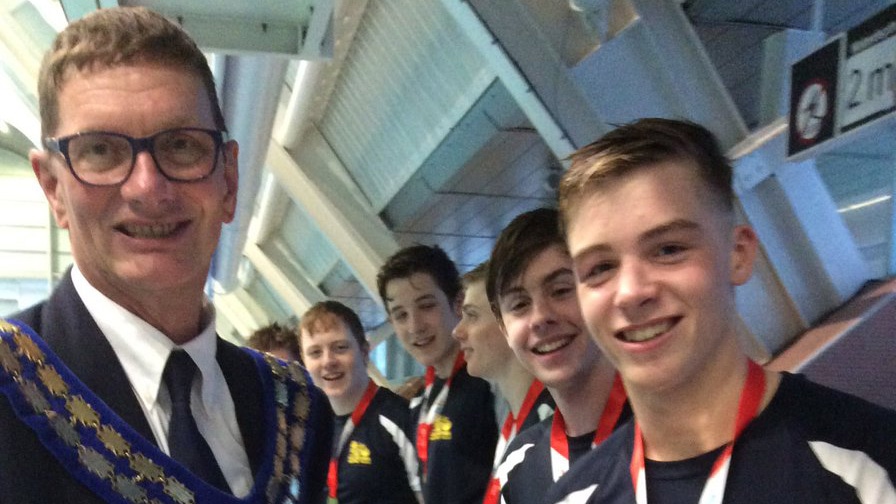 Caledonia had set up their U19s final against Sedgefield with a comfortable 18-11 victory over City of Sheffield on Saturday.

Sedgefield had defeated City of Manchester in the semi-final but, in a close contest, it was Caledonia who took the national title with an 8-6 win.

The bronze medal went to City of Manchester, who defeated City of Sheffield 9-6.

Caledonia land U17 Plate with 100 per cent record

In the boys’ U17 Plate, Caledonia took the title with after defeating Nova Centurion.

Caledonia booked their place in the final showdown after topping Group B with a 100 per cent record.

They beat Cheltenham 6-1 and City of Bristol 11-0 to seal top spot with a goal difference of 16.

Nova Centurion also won all three of their Group A games to reach the Plate final.

They narrowly defeated City of Manchester B 4-3 in their first match before thrashing Northampton 11-1.

And a 10-2 win over second-placed Cwm Draig ensured they a place in the final against Caledonia – who ran out comfortable 8-2 winners.