I used to dive against Jack Laugher when he was eight... and he would beat me

Diving coach Adam Smallwood used to compete against Jack Laugher – now he is helping the Olympic, World and Commonwealth champion take the sport to ‘another level’.

Smallwood has worked with some of the best divers in the world since he moved into coaching at the age of 17 after ‘retiring’ from diving following an operation on his injured wrist.

Before he ended his competitive career though, he saw at first hand the potential in Laugher.

“I used to dive against Jack – and he used to beat me,” said Smallwood. “He would have been eight or nine at the time and I was a bit older.”

Now 29, the high performance coach at Leeds has worked with Laugher, who is this week competing in the British National Diving Cup in Plymouth, for more than two years.

And he is excited about what the future holds for 24-year-old Laugher – especially with the Tokyo Olympics on the horizon.

“Jack’s personal goal is to push the sport into another level, another realm,” said Smallwood. “He already does the hardest list in the world but he wants to do dives that have never been done before.

“So he has been improved his degree of difficulty and learning some bigger dives.

“To do that, he has stepped up his strength and conditioning programme that he does with Paul Murphy (‘Spud’) and work more with our Russian gymnastics coach on his acrobatic skills.

“That will put him in even better physical shape so that when he goes to the pool, we can focus on the technical aspects of learning a new dive.

“He has it all, certainly the best-ever British springboard diver.

“Physically, he is a bit of a freak of nature, an anomaly. His lower body is incredibly strong; he’s fast (fast-twitch) and when he gets to the pool, he is a natural.

Jack is a natural 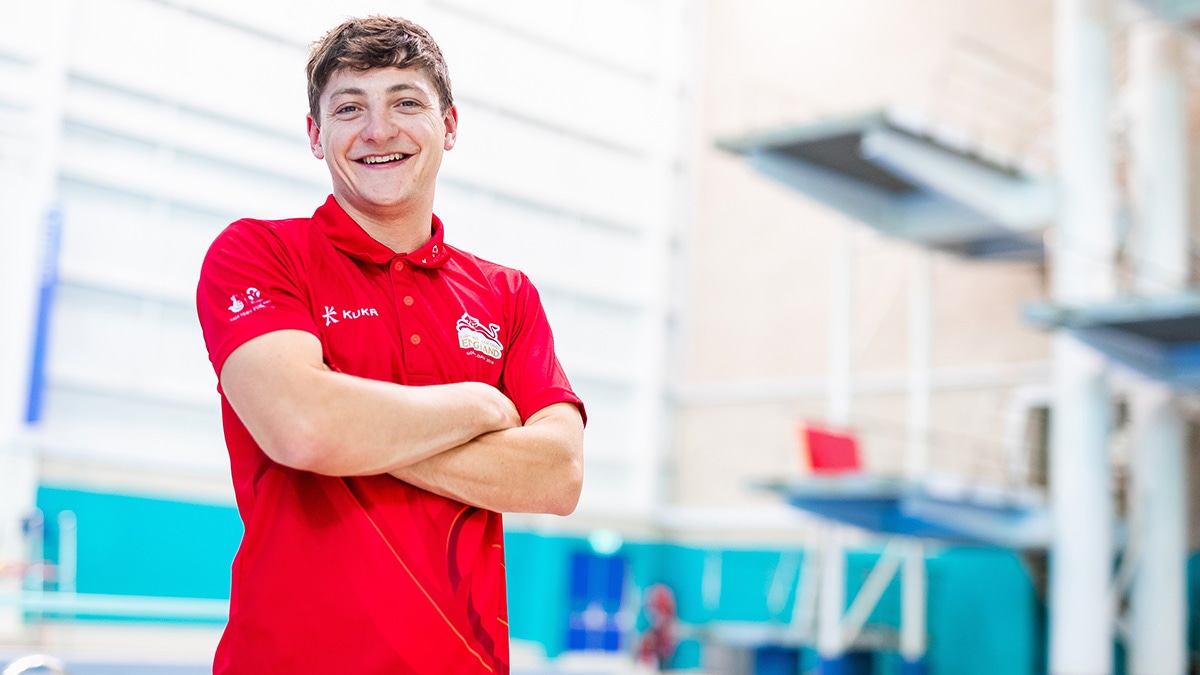 “Diving is a very complex sport. There’s a lot for the brain to process in a short space of time with the spinning and twisting and if you’re not a natural at that, it is very difficult.

“Jack is a natural. Back and reverse rotations are normally the hardest for divers because when you come out of your tuck shape or pike shape, you can’t see the water as it’s behind you, and that’s where many will struggle, but the natural divers find it easy.

“There’s no specific reason why, it’s just that some have it and others don’t. As well as that, when it comes to competition, you have to be able to be on the board and deliver under the pressure – and Jack has done that from a young age.

“When he won three Commonwealth gold medals last year on the Gold Coast, my main emotion was relief.

“It may sound strange but the expectation was already there for Jack to win three events. But we didn’t have a lot of preparation leading into the event.

“Jack had an ankle operation in January 2018 and had only done two full weeks of training before we went out to Australia. So we were a bit rushed and we had a shaky start with it being an outdoor pool and it did feel like everything was against us.

“But as soon as he got into the competition, he was Jack. He knew what he was doing. He is the best diver in that field and he showed it, I’m very pleased to say. It was ‘job done’ although just a stepping stone to the Olympic Games.

“I was also pleased that in his interviews, he thanked me. We have a good relationship – albeit relatively new – although I’ve known him a very long time.”

Smallwood now takes more pride from his coaching career than his own competitive days.

“People ask me what is most important to me, my own diving career or my coaching career, and I would have to say coaching,” he said. “I was quite late to the sport, maybe 13 or 14.

You’ll be a better coach than a diver! 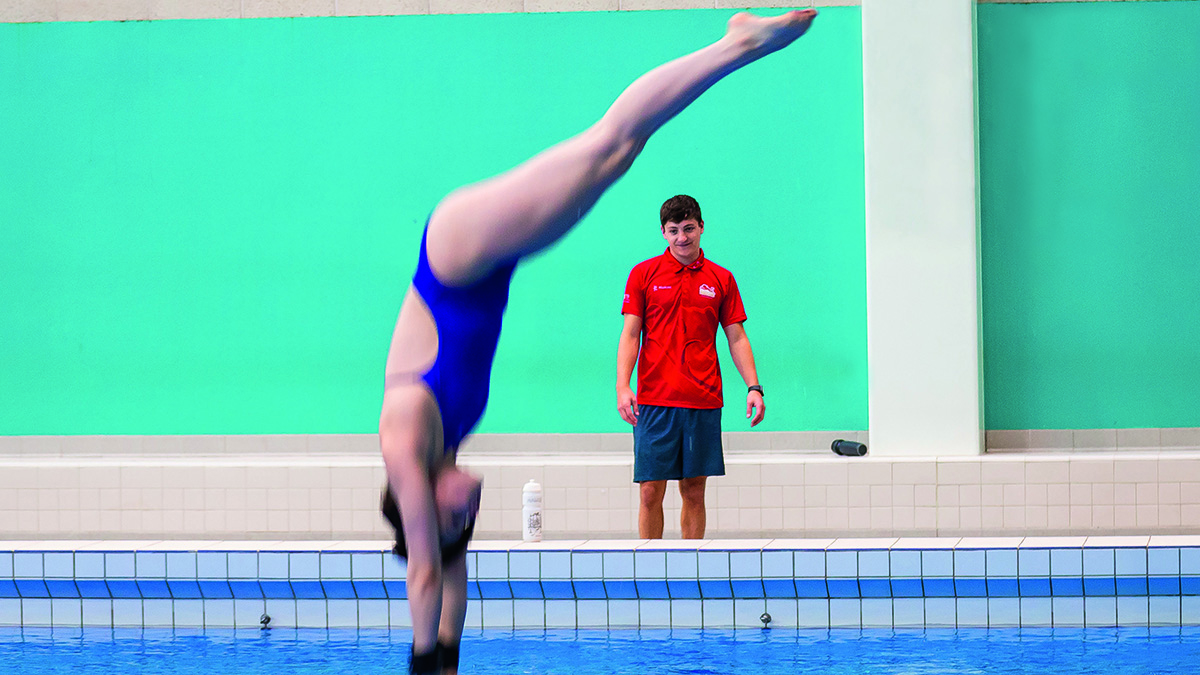 “I progressed very, very quickly and found it quite natural, although top success eluded me.

“Because I hadn’t had the groundwork when I was younger, I was quite a scruffy diver and my flexibility was poor but I could do hard dives.

“In 2010, I moved to Leeds to dive, firstly under Marc (Holdsworth) and then Ady (Hinchliffe). I became the first Leeds diver to do a reverse three and a half but the best nationals I did, I was fourth on platform – behind Tom and Jack.

“I had been coaching since the age of 17, starting at Bradford, and I remember Ady saying to me that I would be a better coach than a diver! And he gave me a load of hours at the City of Leeds and I grew and grew within the scheme until I became head coach.

“There are so many coaches that have come from this scheme – and I would also mention Bradford from where Fito Gutierrez and Sally Freeman and others have risen up the ranks.

“In fact, at last year’s Commonwealths, I looked around the coaches’ corral and every single coach, Australia, New Zealand, Wales, England, every single one had been at Leeds or Bradford at some point in their career.

“I’ve heard some people say that I was very lucky to land in the coaching situation I’m now in but I believe you have to put yourself in those positions in order to be chosen.

“I’m passionate about the sport of diving and I understand its difficulties. I’ve never really shied away from anything.

“If I’ve been given a job or task to do, I will put 100 per cent into it. I am a people person and have always been able to establish a good relationship with whichever divers I’ve worked with.

“I love the diving family we have developed at Leeds and I love watching the best divers in the world.” 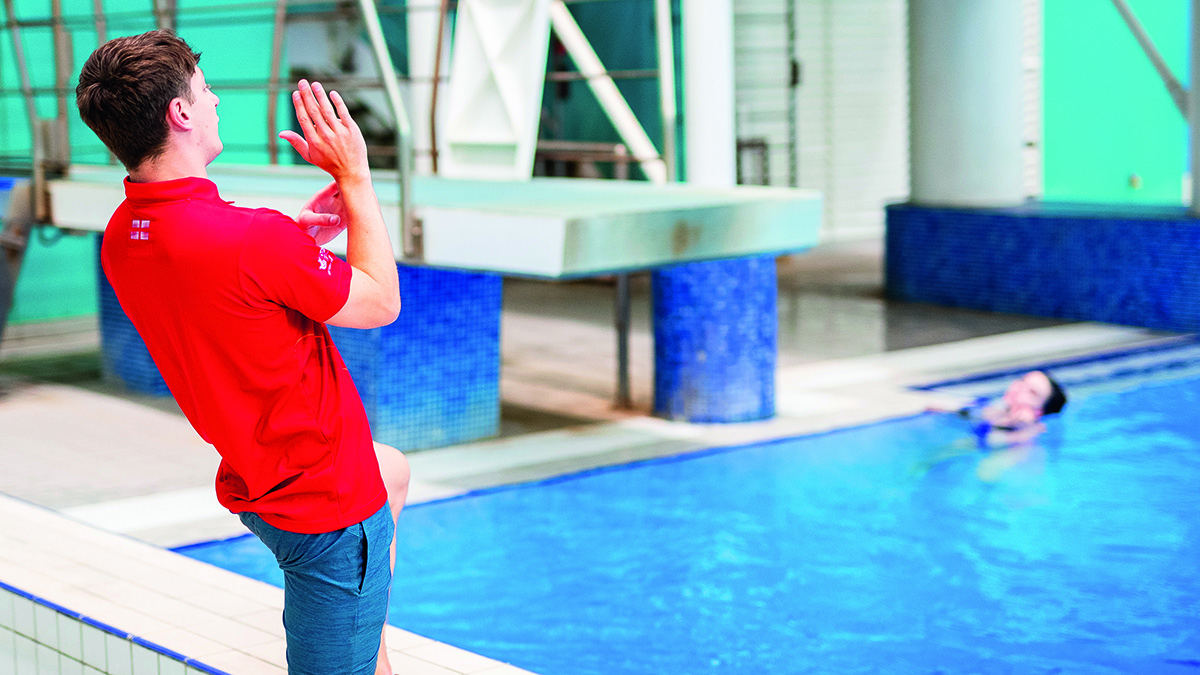 While there are a number of important diving events in 2019 – including the return of the World Series to London in May and the World Championships in Korea in August – all eyes are on Tokyo and the Olympic Games.

And although Smallwood will do his best to ensure Laugher and Co are in the best shape for 2020, he acknowledges it’s a big team effort.

Smallwood said: “As a sport, diving is looking for more than one medal in Tokyo and our chances are good although it will be difficult because we were so successful last time.

“But Jack is determined, Tom has unfinished Olympic business and we have good youngsters coming through.

“What percentage of a diver’s success is down to me? I see it like this. It is the divers themselves who have to stand on the boards and deliver when it matters. My job is to prepare them and motivate them to be the best they can be.

“Having said that, I am keen to acknowledge that there’s a team behind them, not just me, but the weights coaches, the acrobatics coaches, the psychologists, the physios. It’s a big team effort.

“I would definitely encourage those thinking of getting into diving coaching. I used to be head of the zone programme with England Talent, which is aimed at developing coaches all around the country, and I like to see coaches at every level coaching – but always giving their best in order to continually improve.

“You always have to plan for more, never be satisfied or settled.

“Yes, there’s no better feeling than when the divers do well – that is why we do what we do.”

Do you want to become a diving coach like Adam Smallwood?

Diving coaches are vital to give young athletes the chance to fulfil their potential – and a number of coaching qualifications are available.

Find out more about the latest courses taking place across the country.