Swim England London holds an annual awards ceremony to celebrate the achievements of its members. Since 2019 these regional awards now form part of the overall Swim England National Awards with regional recipients being put forward for the national equivalent.

The Jeff Cook Salver is awarded to the winner of the Long Service to Aquatics. This award recognises an individual who has a sustained commitment to the delivery of aquatics and has regularly gone above and beyond their role.

The Dave Barnes Trophy is awarded to the winner of the Swim England Volunteer of the Year. This award recognises a Swim England member whose contribution is seen as invaluable and their efforts are instrumental in the work to support the delivery of aquatic sport.

The Flo Barnes Trophy is awarded to the winner of the Swim England Youth Volunteer of the year. This award recognises a Swim England member who, at a young age, has shown commitment to volunteering at their club, county, region or nationally. Their volunteering is making a positive impact and this volunteer is a great example of a role model for others.

The Swim England London awards winners for 2022 were;

This award recognises a Swim England member whose contribution is seen as invaluable and their efforts are instrumental in the work to support the delivery of aquatic sport. 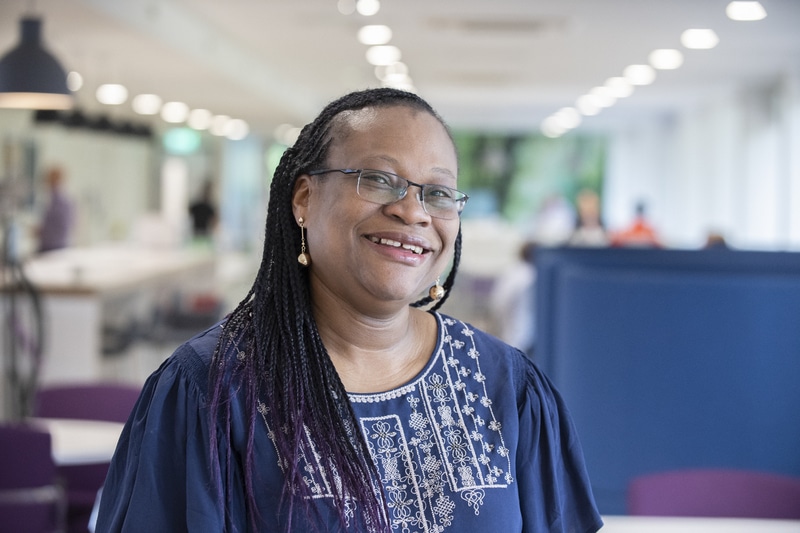 Despite commitments of being the Club Secretary Angela also organises numerous events for Swim England London and Essex County. In addition she officiates at galas and helps arrange for additional volunteers in order to ensure the events are run appropriately for swimmers. I am a new volunteer and this person has I was well supported within the role given to me. Without those as dedicated as Angela in swimming our children wouldn’t have such amazing opportunities.

This award recognises an individual who has a sustained commitment to the delivery of aquatics and has regularly gone above and beyond their role.  They must have contributed towards the development and participation of aquatics at a local, regional or national level, and have promoted the sport to all. This individual could be in a paid or voluntary position. ​ 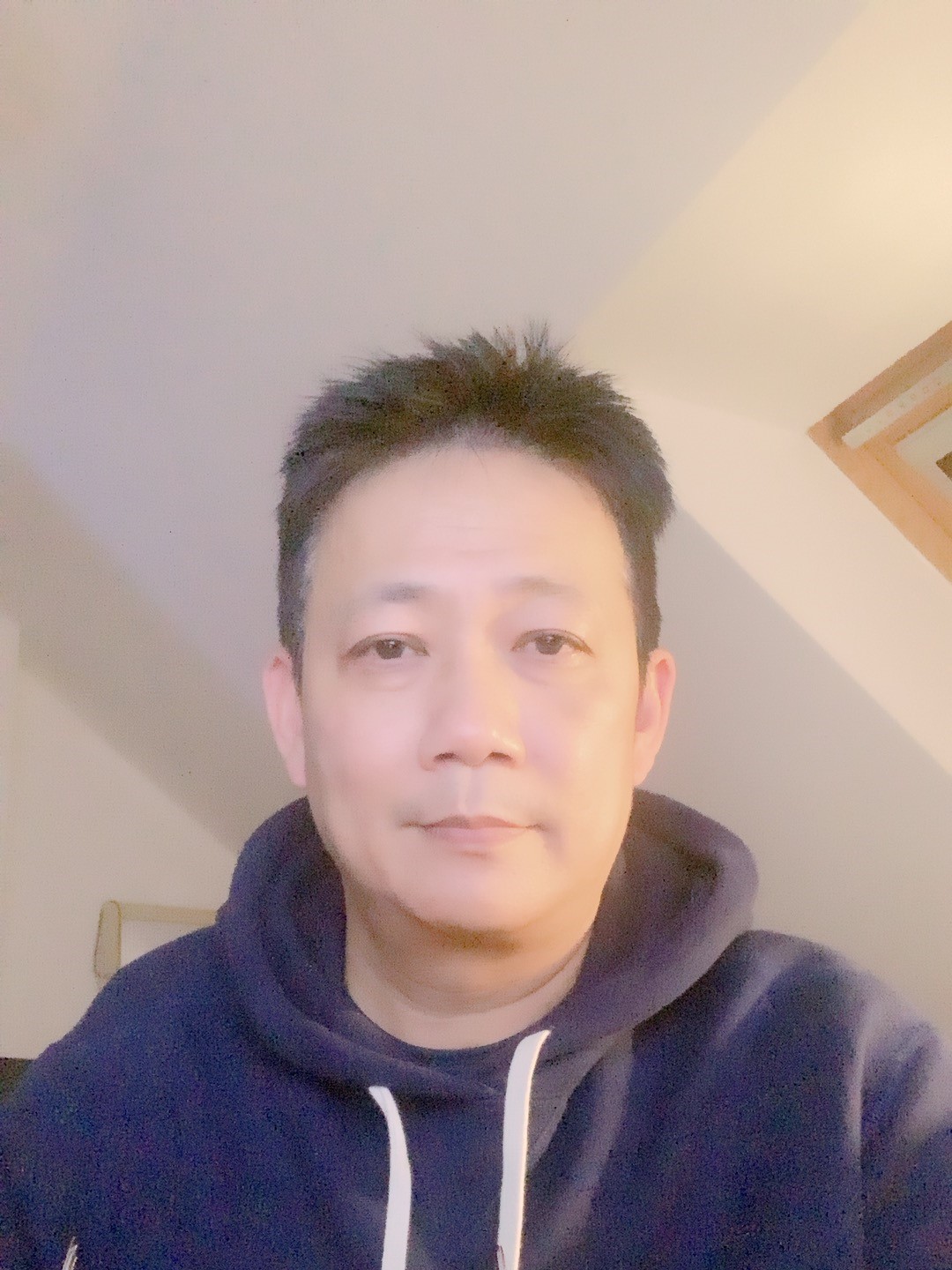 Mackinh used to swim competitively in his home country Vietnam. He was, we understand, a very good swimmer. His passion for swimming has been evident throughout his life and still shines brightly today.

He came to Southwark Aquatics over 12 years ago when his son started swimming competitively. He became a volunteer coach: a very good coach and, despite his son leaving to join a larger Club in 2015, he stayed on in his role and is still with the Club today. He did this because he has a passion for swimming and a love for Southwark Aquatics where he really makes a difference to the lives of swimmers from a broad spectrum of social backgrounds.

Only in about 2018 did the Club persuade him that he should be paid for his time, and in due course we also persuaded him he was the right man to become our Head Coach.

This person is an unassuming man, 100% committed to his role. He loves coaching and has the respect of all our swimmers. He never misses a training session or Gala, and is very supportive of our swimmers. He is approachable and ‘knows his stuff.’ He is brilliant on the technical side, and the go to coach for guidance in this area. He is passionate, focused, and dependable: a thoroughly decent man, a brilliant coach and always fair to everyone.

He is deserving of greater recognition than we as a Club can give him. He’d be a truly worthy award winner.

Technical Official of the Year Award

This award recognises a Swim England Technical Official, of any discipline, whose contribution is seen as invaluable and their efforts are instrumental in the work to support the delivery of aquatic sport through technical officiating. 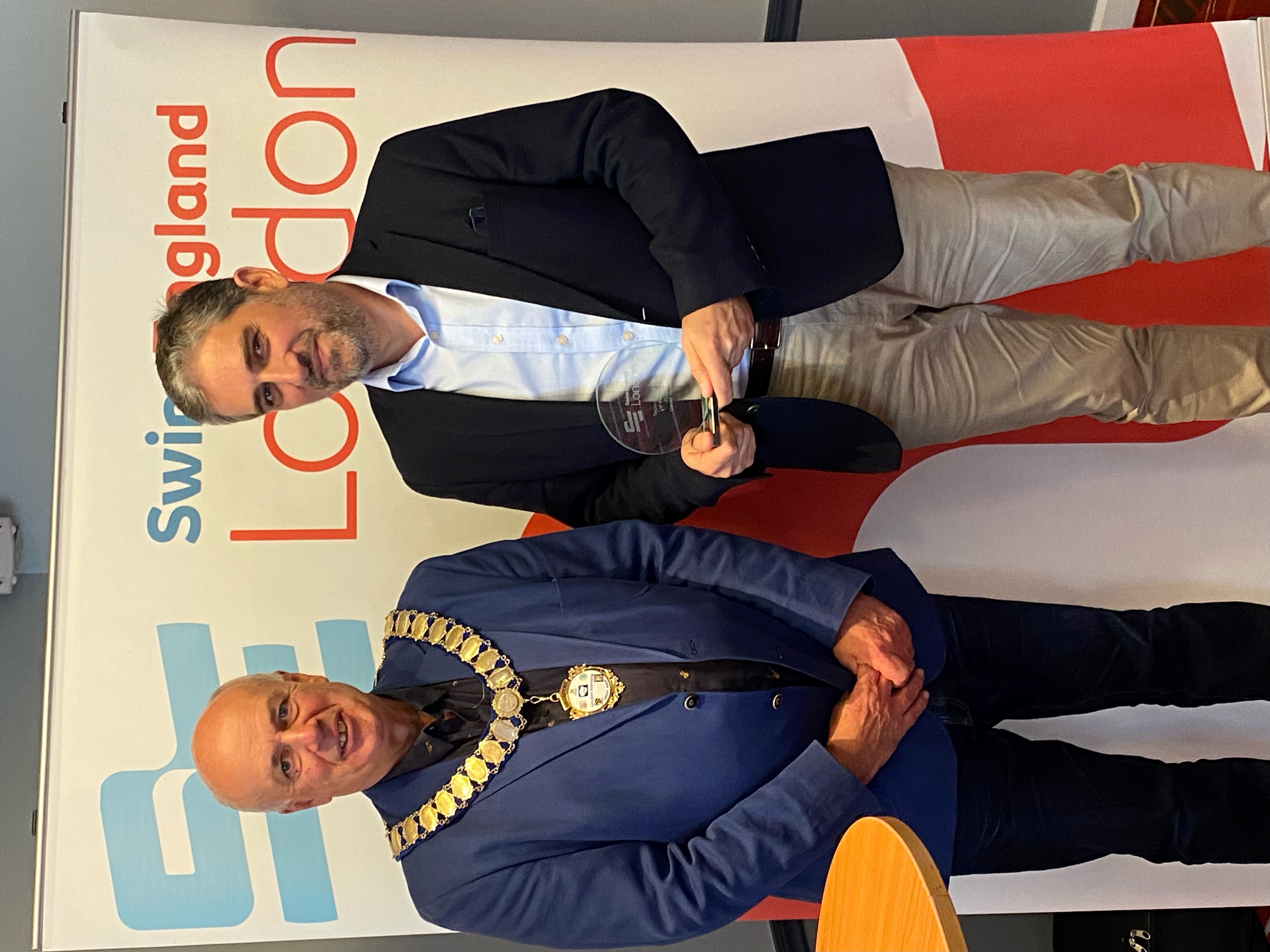 Daniel has tirelessly covered the roles of Judge, Coach, Manager, technical support during competitions etc. He is immensely loved by his team and utterly trusted by everyone at our club and beyond. He puts his whole heart and soul in everything he gets involved with and inspired everyone with his passion and dedication in the Artistic Swimming space.

He is carving out significant personal time to help the club progress and succeed, and he offered to help in most of the Artistic Swimming events. He is highly organised and driven and he pursues a great number of personal interest as well as managing a successful business and mentoring young developers. This person shows patience, skill and understanding in the discussions with the parents.

He is ambitious and visionary when it comes to coaching his team. He is the person everyone calls when they need something resolved and he doesn’t disappoint. I am just seeing from very close how much he loves what he does and I have great faith in all the ideas he is putting forward.

Club Coach of the Year Award

This award recognises a Swim England coach who has made an outstanding commitment to coaching within the sport and has supported and inspired athletes to achieve their personal best. This coach may help to mentor and support other coaches, and aim to increase participation within the sport whilst being able to demonstrate improved performance of individuals or teams.

As Director of Swimming, Lisa has recruited a strong team of coaches for all squads and has developed a clear and accessible pathway for swimmers to progress from beginners through different development groups up to the National performance squad. Additionally in her role as Head Coach of the performance squad, the group has proved success with swimmers competing at the Commonwealth Games, European Junior Champs, Youth Olympics and this summer over 20 swimmers will be competing in the British and English Championships. Having been selected as one of the Team GB coaches at the Olympics last year, she was also selected as a coach for Team England at this year’s Commonwealth games.

This award is for an individual who has accomplished notable sporting achievements in the water in any aquatic discipline. This individual will have completed the activity in a Swim England club, county, regional or national setting.

This young lady’s home pool at Crystal Palace has been closed since lockdown. She’s travelled to Southend, Southampton, Stratford and elsewhere to access diving facilities several times a week. Despite this she won gold on all 4 of her events at GB Junior Elites (Group C) this year.

Juliette won two golds and a silver medal at the Armada Cup in Plymouth. She also learnt enough optional (very hard) ten metre dives to compete at the British Diving Championships at the age of 12 where she came 11th against adult women including Olympians in the preliminary round.  This is testament to her resilience, commitment and dedication to make the most of the training sessions that she has (only 2x per week on a ten metre platform).

She’s never let the challenges of not having a home pool discourage her. She’s also actively campaigned to get the pool reopened on radio, TV and in the press. She is very humble, hardworking and always does her best.

Club of the Year Award

The Sport Club of the Year focuses on recognising clubs affiliated to Swim England who continually go above and beyond for their members, providing excellent service in both wet and dry land activities. This award focuses on clubs who create and foster the community spirit of aquatics.

This club that serves the Borough of Havering which caters for a diverse group in the borough. The club was inspirational during the lockdown period where it managed to put in various activities to keep its members engaged. This range from virtual classrooms to educate the swimmers on the various aspects of swimming, virtual land training, virtual talks with high profile personalities within the swimming world such as Chad Le Clos, Michael Gunning, Anna Hopkins, James Gibson, Dave Hemmings to name but a few.

The club was able to negotiate with their pool providers and was one of the few clubs in the county to get back 100% of its water time pre COVID.  The club truly deserves this recognition because of the dedication and support that it provides to its members to ensure that our swimmers reach their full potential.

After moving my child from another club to this one, I was amazed that there was such diversity within the club. In addition to huge age range 3 to 20+ year old swimmers, it has a Squad system that enables all abilities. Not only has the club demonstrated brilliant coaching that has propelled my child’s confidence and ability to achieve it constantly offers us as parents training opportunities within volunteer roles and gives us better insight to Swim England guidelines.

The Pins can be awarded for continuous service to Swim England London since 2005.

Nominations can be made by the Swim England London Board Members and Discipline Committee Chairman.

The recipients must have worked for the Region for the required number of years in each of the categories. They may be Secretaries/Managers, Committee members, officials or poolside helpers. (Technical and Non-Technical)

Awards will be made each year during the presentation of the Regional Awards.

Silver Pins were awarded to:

Bronze pins were awarded to: