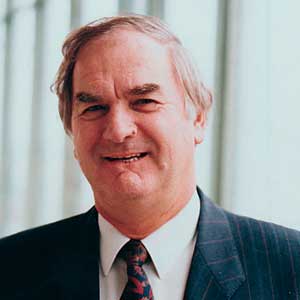 Alan Clarkson was a major influence on British, European and world swimming.

A member of York City Baths Club as a swimmer, coach, captain and President, his competitive swimming career spanned more than a decade.

He represented England at the British Empire and Commonwealth Games in Cardiff in 1958.

After his retirement from competitive swimming, he continued to support the sport, not only at grassroots level but via the Yorkshire ASA, where he was Honorary Secretary to the Swimming Committee for several years and President in 1973.

Clarkson, who married former Olympic swimmer Pauline Musgrove, progressed through to The North Eastern Counties ASA where he served as President in 1983.

He was also Team Manager for a variety of major international events, including the Commonwealth Games on three occasions, European Championships, World Cup, FINA World Championships and the Olympic Games in 1976.

He served as President of the ASA in 1997 and represented swimming at the British Olympic Association and the Commonwealth Games Council for England.

Clarkson was also a member and chairman of Technical Swimming Committees at the European Federation LEN and also FINA, the world governing body.

He was awarded the OBE in 2004 and became the first person to receive a long service award from the British Olympic Association in 2007.