Living on the Isle of Man, 2019 Swim England Trainee Tutor of the Year, Angela Katz, knows the true importance of learning to swim.

Motivated by a desire to help children learn the valuable life skill, Angela decided to use the experience of teaching her children to inspire others.

She now wears many hats, working as a school swimming teacher, a coach, development officer at the Isle of Man Swimming Association and teaching assistant.

After accepting her award from British swimming stars Freya Anderson and Luke Greenbank at the Swim England Teaching and Education Awards, Angela said: “I’m absolutely gobsmacked. I started because of school swimming, because I wanted to help the kids as I knew I could teach. I decided to do a course and that was the start.

“We live on an island, so every child should swim. I would hate to think that somebody couldn’t swim.

“There is a big push to get more children to reach the expected standards. I don’t think we’re quite at 100 per cent yet, but we’re getting there. We’re working to get those standards higher.”

Angela has been praised for the personalised feel of her courses, providing a welcoming atmosphere and even baking for those she is teaching.

She is also playing a key role in helping to retain the swimming workforce on the Isle of Man.

“I’m really lucky. I tend to work with a lot of club kids that want to stop swimming, so I put them in lifeguarding or teaching positions,” Angela added.

“It’s great, because you don’t lose what they’ve learned from swimming. I love that side of it.” 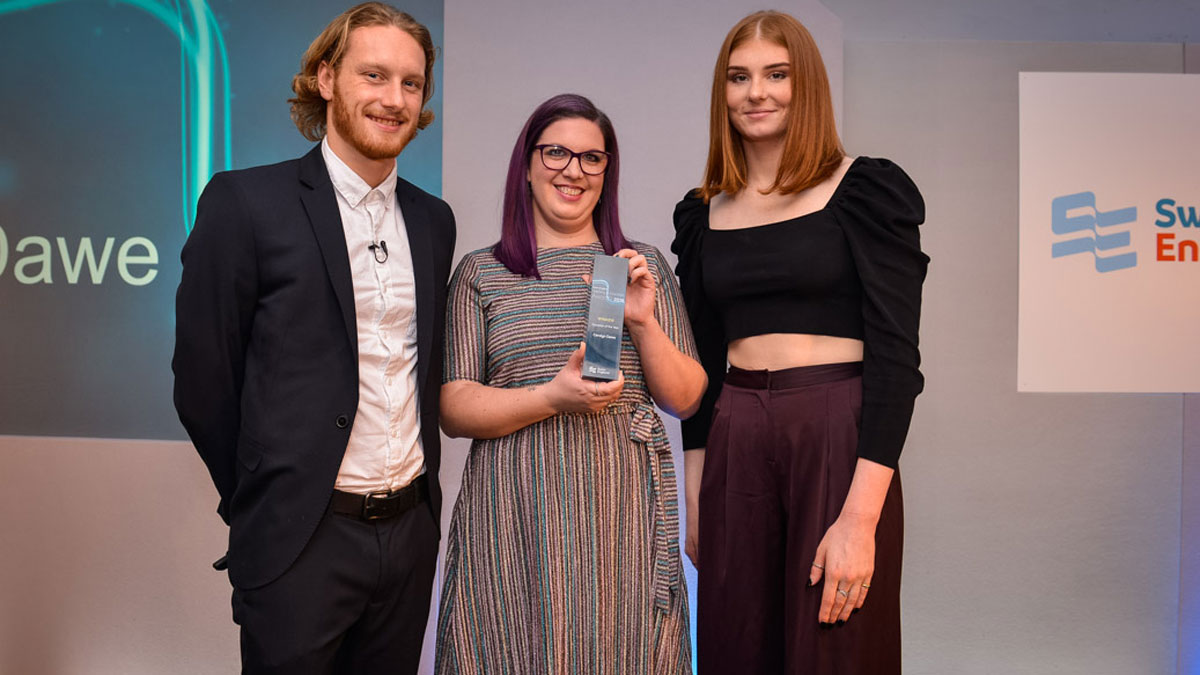 Carolyn Dawe was named the Swim England Educator of the Year, celebrating the culmination of a momentous year in her career.

After qualifying as a swimming teacher 17 years ago, Carolyn has had a varied path through swimming.

This year, she made the life-changing decision to become self-employed full-time, working as a teacher, coach, tutor for the Institute of Swimming, team manager and with the Swim England Talent team.

The comprehensive courses Carolyn leads have proved valuable for those she teaches.

“When I was younger, I was so inspired by others to go into swimming teaching,” Carolyn said.

“I understand the value of helping learners learn in the best way that they can and in a varied way that suits them.

“I get so much joy out of people starting to click and understand, then going and enjoying being a swimming teacher.

“I think that’s the key – inspiring them to be the best they can be, rather than the same as every other swimming teacher where they work.”

Described as an ‘invaluable’ tutor, Ron Philpot was named runner-up.

Ron recently supported a young learner with Down’s Syndrome to gain his assistant coaching certificate, showing his passion for the sport by giving generously of his time.

A popular character, Ron has been hailed as ‘inspiring’, ‘extremely knowledgeable’, ‘patient’ and ‘caring’.