A unique online archive detailing the history of aquatics has been launched by Swim England as part of its 150th anniversary celebrations.

It will be constantly updated with more items due to be uploaded over the coming months and years.

Visitors to the site can browse through all the artefacts uploaded or search via discipline or major competition.

The collection includes swimming memorabilia, training manuals, books, footage from the 1956 Olympic Games and the minutes of the first meeting in 1869 of the organisation that went on to become Swim England.

There are also papers relating to the formation in London of world governing body FINA in 1908. 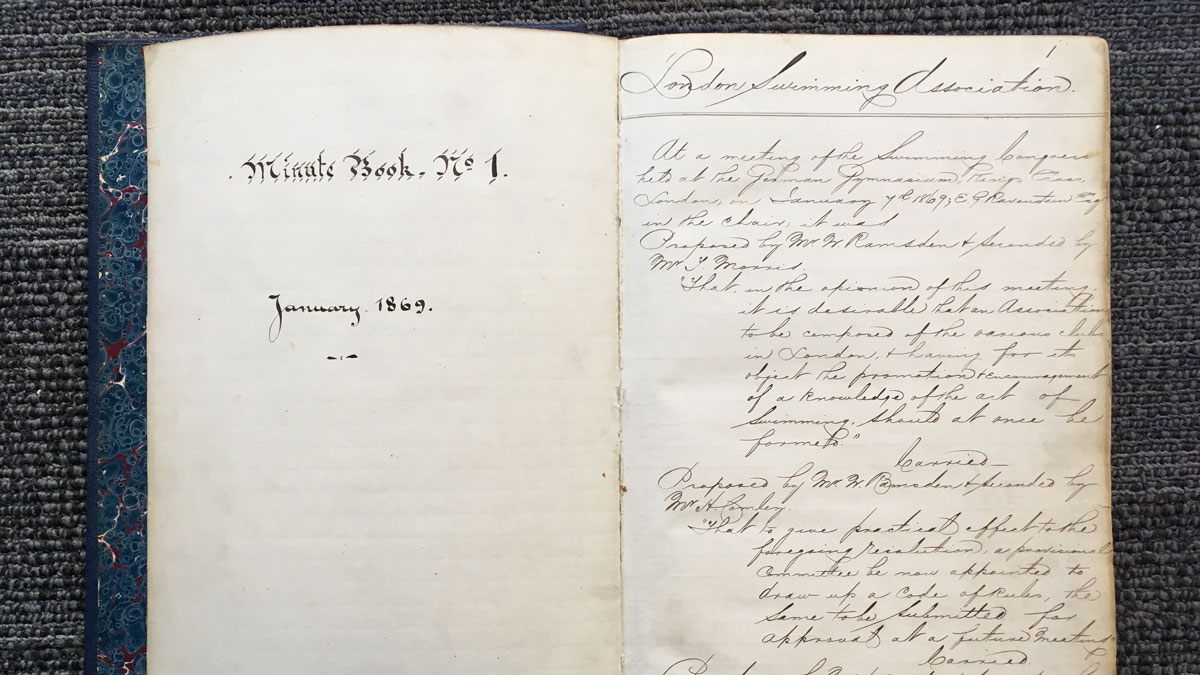 The site also documents swimming’s part in the wider social history of England including the role of women within society, the impact of two World Wars and the changing culture of the sport.

“It will help us preserve our wonderful history.

“We already have an established library and historical archive at our headquarters in SportPark, Loughborough, but the new Swimming History website will open up our records, photos and documents to more people, allowing our wealth of history to be shared with wider audiences and future generations.”

Swim England is now appealing for volunteers to help boost the online library by scanning and converting items into digital format as well as identifying and tagging individuals in records uploaded.

Anyone interested in helping develop the website’s archive should email ali.sibcyallen@swimming.org.