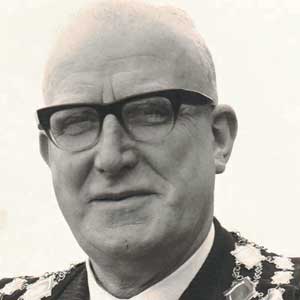 He introduced the alternating arm back stroke to Britain and Europe in 1921 and was national backstroke champion for five consecutive years, breaking the British record three times.

During this time, he competed at the 1924 Olympics, finishing fifth, and the 1927 European Championships.

As he remained an amateur athlete, Rawlinson combined his swimming with a job as a police officer. He rose through the ranks to become a superintendent and during his time on the force, he joined the Liverpool City Police water polo team.

Upon his retirement from the force, Rawlinson was elected president of the Northern Counties before becoming team manager for the 1958 European Championships in Budapest and the 1906
Olympic Games in Rome.

He was awarded an MBE for his services to swimming in 1961, followed by the Harold Fern Award in 1964.

In 1958, Rawlinson was elected president of the Amateur Swimming Association. In 1994, he was inducted to the International Swimming Hall of Fame.

Rawlinson continued to produce a swimming column for the Liverpool Echo until his death in November 2000, aged 98.