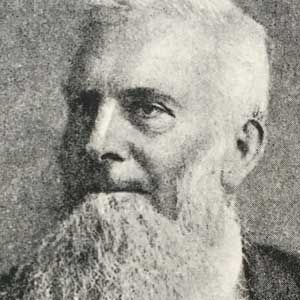 Charles Steedman was a champion swimmer in both England and Australia after emigrating to Victoria in 1854.

However, he is best known for publishing the first book on speed swimming.

He started swimming aged 13 and by 15 had become a professional swimmer, winning many competitions and awards.

Steedman won the championship of England at the age of 19 and despite a lack of training due to his full-time job, he went on to win the Surrey Club Championship two years on the trot.

In 1854, he left England for Australia and, as swimming champion of England, interest in him was high.

He became champion of Victoria in 1867, the year he published his first book.

Titled, Manual of Swimming, it was the world’s first technical book on speed swimming and marked the beginning of swimming’s modern era.

His experience and evidence on the subject ensured the book became internationally widespread – and it was eventually released in England in 1873.

Steedman’s book was a written first and he encouraged people to like the water, learn how to swim and expressed the importance of proficient swimmers rescuing others from drowning.

He is credited with saving the lives of more than 60 people.

Steedman was inducted into the International Swimming Hall of Fame in 2000.