Swim England is 150 in 2019 and is celebrating milestones from clubs across the country. Here, we take a look at a challenge to commemorate the 100th anniversary of a record time.

One hundred years ago, teenager Constance Jeans dived into the Nottingham Portland Centre’s historic pool and made history.

It was on 11 October 1919 that Jeans twice set a then new All England best time in the 220 yards freestyle.

Her second time of 3.04.0 is immortalised with a plaque at the Portland Centre put up to ‘commemorate her unprecedented swimming performance’.

Now, to honour her feat, swimmers will be attempting to better that time during a day of celebrations to mark the centenary of her record on Friday 11 October.

They will need to swim a total of six lengths and ensure each leg is completed in 30.6 seconds to match Jeans’ time.

Swimmers from the Friday Morning Ladies Group, youngsters who have school swimming lessons at the pool throughout the day and members of the Nottingham Portland Swimming Club will all be taking part in the challenge.

Guy Roberts, Nottingham Portland Swimming Club chairman, said: “This is a great opportunity to remember the achievements of one of the Portland pool’s most successful swimmers.

“It’s also a chance to see just how far swimmers in this day and age have progressed thanks to better training techniques.

“We fully expect that several of the girls will break Constance’s record.” 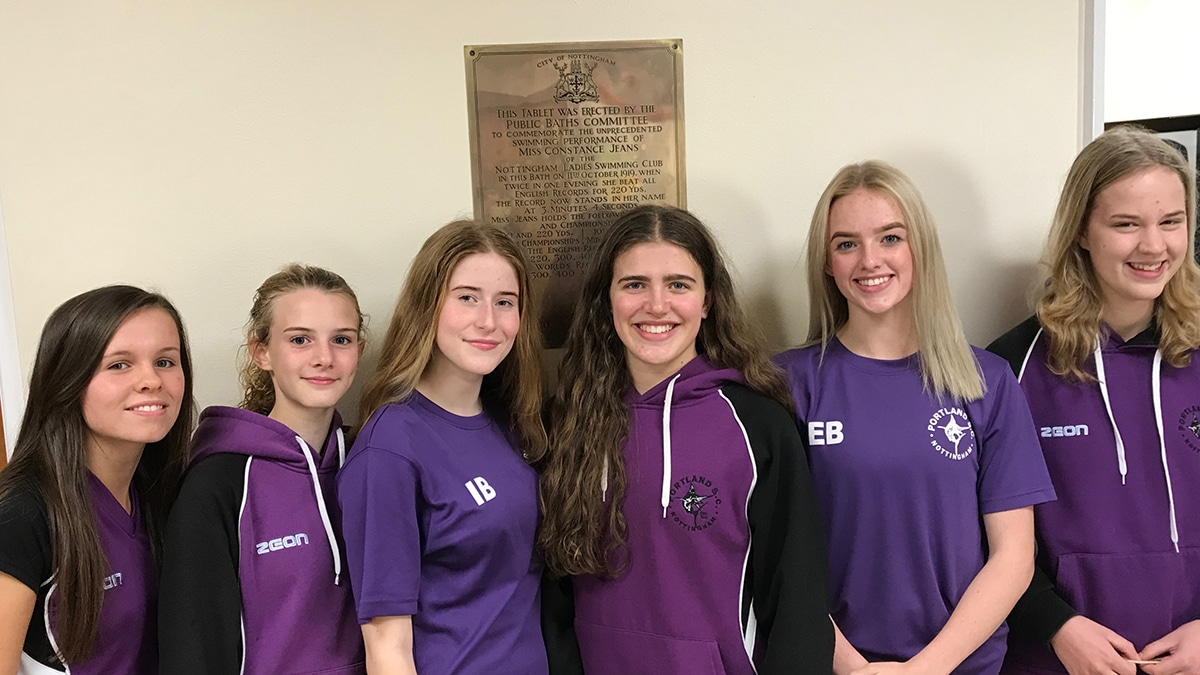 During the day, staff from the Portland Centre and Notts County Football in the Community, which manages the leisure complex, will also be baking cakes for a Victorian style tea and cakes morning.

Former Olympic swimmer Alan Rapley will be judging their efforts to decide who is the Football in the Community Bake Off winner.

Jeans was Nottingham’s first swimming hero and won a silver medal as part of the 4x100m Freestyle Relay team at the 1920 and 1924 Olympic Games.

He swimming career had started before the First World War when she won the Midland District 100 Yards Freestyle in 1913.

She repeated her victory throughout the war years until 1919, by which time she held all the British records from 150 yards to 500 yards.

She won 12 national titles and was one of four swimming sisters who represented Nottingham Ladies Swimming Club, training at the Portland Baths.

Her achievements are also acknowledged by the ‘Jeans Trophy’ which is awarded to the fastest female senior swimmer in the 100m Backstroke at the Swim England National Winter Championships (25m).

Jeans never married and worked as a school teacher. She died in 1984 aged 84.