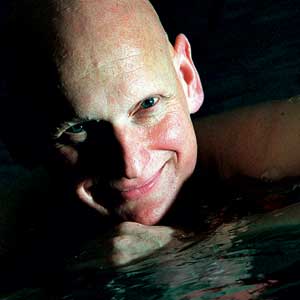 Olympic champion Duncan Goodhew is a prominent figure in the swimming world.

He burst onto the scene at the 1976 Montreal Olympics, finishing seventh in the 100m Breaststroke final in a time of 1:04.66.

But his greatest achievement in the pool came two years later at the 1980 Olympic Games.

Goodhew struck gold in Moscow, winning the 100m Breaststroke title in 1:03.34, while he was also part of the Medley Relay team which finished third.

After his retirement from swimming, Goodhew was selected by the British Bobsleigh Association to represent Great Britain at the 1981 European Championships. He competed in the two and four-man sleigh events and was awarded with an MBE in 1983 for services to sport.

Goodhew became President of Swimathon in 1988, leading the fundraising of more than £10 million for worthy causes.

He is also a key figure in encouraging school children to swim, promoting the importance of swimming being a life skill, how fun it is and also recognising the physical and mental health benefits associated with swimming.